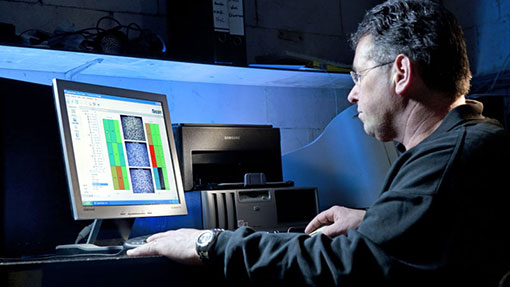 Is Precision Livestock Farming just the latest buzzword or the future of modern broiler production? Poultry World talks to Prof Erik Vranken of Leuven University, Belgium and a consultant with Fancom

What is meant by Precision Livestock Farming (PLF) and what are the main technologies involved?

For many decades, environmental control in poultry houses has been regulated by temperature and humidity sensors, which then activate the ventilation and heating systems. In recent years, however, the focus is more on bird welfare, bird health, emissions and productivity.

PLF measures the response of the birds by means of feed and water intake sensors, bird weight sensors, cameras that monitor bird activity and microphones that check noise levels and patterns.

In this way, the birds are used as a sensor and algorithms translate their responses into key indicators for optimal performance and sustainability. The system guides the farmer in his daily management decisions and generates alerts when something is going wrong.

How does this actually work in practice?

The output of the sensors, for example bird activity measured with a camera or sound measured with a microphone, are related to animal-based welfare and health indicators such as lameness or stress.

When sensor signals start to deviate from their expected values, alerts are given to the farmer. In this way, he can take immediate action before the detected change becomes a problem and affects productivity.

The results of changes in animal behaviour are reported on dashboards. Farmers are directly guided to the location of the problem, thus avoiding production losses.

A flock has many thousands of birds. How can monitoring the behaviour of some of them be used to take decisions affecting the whole flock?

PLF systems are not monitoring the individual birds, but certain areas in the house. With just three cameras and microphones we can cover up to 30% of the floor area in a broiler house.

The systems generate more reliable outputs than a human observer, because they are operating 24/7.

What are the main benefits of PLF?

The idea is that the technologies can assist the eyes and the ears of the farmer. The added value is created by the software algorithms that translate the output of the sensors to useful information.

We are convinced that the measure of a change in animal behaviour (monitored with a camera) or stress level (measured with a microphone) are the most relevant indicators. These changes mainly occur as a result of technical failures in feed, water or environmental control, animal sickness or after inappropriate management decisions, such as sudden changes in lighting.

Dust, noise and gaseous emissions are among the biggest problems in poultry sheds. How does PLF help with environmental control?

The negative effects of a poor environment will be visible immediately in the behaviour of the birds, as well as their performance.

Relationships between high gas concentrations and production losses can be spotted, and actions, such as increasing ventilation rates or turning on air cleaning systems can be taken straight away.

With PLF you can also measure the thermal comfort of the animals directly. Huddling, wing spreading or panting is directly related to use of floor space and the sound levels.

What does it cost to adopt PLF?

The price of the sensors is no more than a few thousand euros per shed.

As a yardstick, an k8,000 investment across a 30,000-bird shed with six-and-a-half crops annually over three years equates to a cost per bird of around 1.36 cents.

For this they are getting a daily welfare score every day and farms that use this technology typically perform at a higher level, so that the additional cost becomes irrelevant.

Is PLF actively being used in European poultry farming?

The concept is rather new and today only the early adopters have started to use it. While PLF technologies are commercially available, the business intelligence software is still under development and constant improvement.

An EU-funded project was started last year to prove the value of PLF on 20 commercial farms across Europe. Data collection has started and early warning tools for farmers are now being introduced.

Will it really take off?

There is growing interest from the big integrators in the use of image and sound monitoring systems on commercial farms.

These organisations are being driven by retailers who want evidence of good welfare based on animal behaviour as part of their food labelling schemes. In time, it is expected we will deliver a “golden” welfare standard based on machine output.