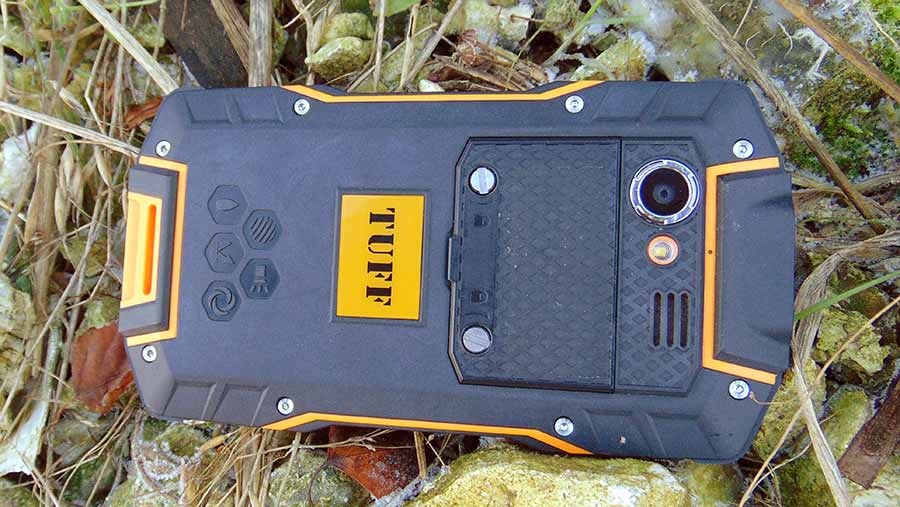 Smartphones are great for calculations, conversions and checking the weather in Turkmenistan, but for all their brainy talents, they are just a little too fragile for life on the farm.

Samsung and Motorola already have beefed-up versions on shop shelves, and keener shoppers will also be able to find handsets dressed in the familiar colours of JCB, Land Rover and Cat.

Most retail at about the £500 mark, so they are certainly not a cheap alternative to the all-conquering Apple iPhone

However, the Tuffphone T450 is a recently launched model that comes in a good bit cheaper while still being 4G-capable, IP68-certified and fully protected against water, dust and dirt.

A 4.7in Gorilla glass touchscreen is standard, but the big rubber body makes it a tight fit for the average jean pocket.

The outer casing houses a 1.2GHz quad-core Qualcomm Snapdragon 400 processor backed up by a 2GB RAM.

In real terms, that means it’s a bit quicker than the average smartphone, and a hefty 3,800mAh battery means you shouldn’t have to fill up the tanks often either.

The 13-megapixel rear camera is pretty good quality and the bright flash can double up as a built-in torch.

It runs Android 4.4.2 (Kitkat), which feels a slight step down from some of its rivals that run more up-to-date software.

It’s not quite as user friendly as the others and the on-screen navigation buttons can get in the way of some of the apps.

However, the real letdown is the small size of the keyboard, which makes the simple job of typing a text or email frustratingly slow.

On the plus side, it comes with some proper tough phone features, including an assignable button on the front for frequently used apps or an emergency call.

It has the ability to use two SIM cards simultaneously, which is a handy way of increasing the likelihood of having signal, and also offers the chance to have a single phone to control two different numbers. 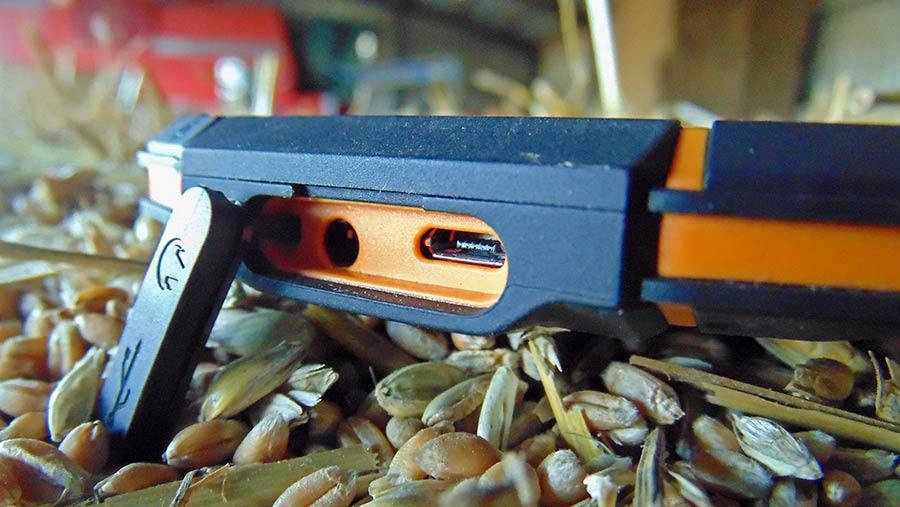 The SIMs sit next to a memory card slot, which means storage space can be bumped up from the standard 16GB set-up. Protection is provided by a big, rubber-sealed back plate that is held in place by flat-head screws.

The charging port is tucked behind a rubber bung to keep the dust out and uses a standard micro USB connection. However, the deep recess means it needs a special long-nosed charger to top up the juice.

Where the Tuffphone trumps all others is its price. Despite being the range-topper, the T450 still comes in at almost a third of the price of its rivals.

The chunky Tuffphone T450 is quick, has plenty of battery capacity and comes with a sturdy case that should stand up to the rigours of farm life.

It is let down by the operating software, unusual charger and frustratingly small keyboard buttons, but at a fraction of the cost of most of its rivals, it’s definitely worth a look when you come to chop in your old model.