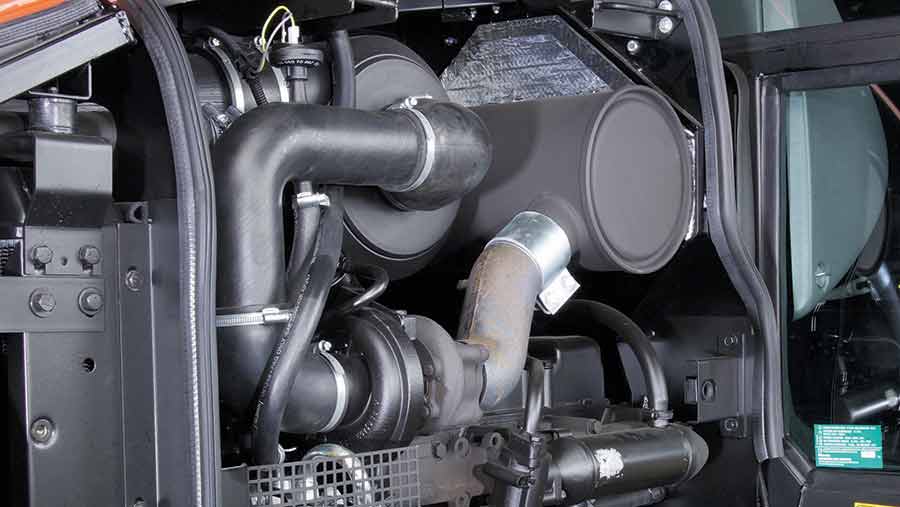 Much of the development costs of new tractors these days involves engine emissions. Will that soon end? Probably not, says Peter Hill.

Just when everyone thought the clampdown on tractor engine exhaust emissions had reached its end point, along comes a new proposal for a further step to tighten still further the emissions of particulate matter.

Under current European Stage IV and US Tier 4 Final regulations, particulate matter or soot – tiny particles of carbon often coated in oil and/or acid residues – is subject to limits determined by mass that have been driven down by a remarkable 99% from EU Stage I / US Tier 1 levels.

But EU proposals for a hitherto unplanned Stage V step will target ultra-fine particulate emissions by setting limits on the number of particles emitted – not just the mass.

The argument for the new rules is that the finest particles are the ones considered the most harmful to human health.

If passed, the new regulation would most likely be phased in for different tractor power levels over a period of three years, probably starting in January 2019 with the more powerful engines in common use today.

That is the way earlier steps in diesel emissions control have been introduced and it gives time for manufacturers of engines and farm vehicles – tractors, telehandlers, wheeled loaders, combines, and so on – to find solutions, prepare any installation modifications needed and then introduce them to production processes.

Unusually, the EU is currently going it alone on this new measure; the US Environment Protection Agency has given no indication it will adopt the Stage V measure, even though previous emissions rules have kept pretty much in line across the Atlantic.

One thing is known – the only way to meet the EU’s proposed particulate limits defined by number rather than mass is to use a filter in the exhaust system.

What are engine makers doing to cope with these new limits?

Previous steps to remove health-damaging pollutants have seen engine makers adopt different solutions – some, like Cummins, Deere and Perkins chose the filtration route early in the emissions clean-up process, and have since been joined by Kubota, Zetor and others in using a diesel particulate filter (DPF) to meet the current Euro Stage IV / US Tier 4 Final rules.

A DPF is needed partly because these manufacturers’ engines have exhaust gas recirculation (EGR) to lower peak combustion temperature as a means of limiting production of nitrogen oxides (NOx) – but which results in more soot.

In contrast, Agco Power, FPT Industrial, JCB Power Systems and MTU are among those who chose urea injection through a selective catalytic reduction (SCR) system as the exhaust after-treatment.

Although this adds to running costs and requires the operator to top-up the AdBlue reservoir as well as diesel, SCR does have the attraction that engine tuning is freed up to produce as “clean” a combustion process as possible. This minimises soot and avoids the need for a DPF and its potential implications for vehicle operation and, in some cases, vehicle servicing.

All the same, engines not currently using a DPF will need some form of particulate filtration to meet the proposed Euro Stage V, as acknowledged by FPT Industrial, which says that, if required, a particle filter would replace part of the SCR catalyst in its next-generation HI-eSCR system.

Perkins, meanwhile, highlights its experience as an early adopter of DPF technology and is confident confidence that its low temperature regeneration system – to periodically remove accumulated deposits from the filter material – can be applied to Stage V engines while remaining “invisible” to the operator and without interfering with the machine’s duty cycle or work load.

A DPF consists of a ceramic honeycomb that traps soot particles, which must be removed in order for the engine to continue to breathe properly. 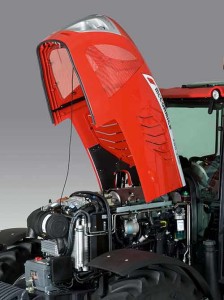 The vehicle’s work cycle is the key here – tractors and other vehicles working under heavy load for a period generate sufficient exhaust gas temperatures for the accumulated particulate matter to be oxidised – burnt off, in other words.

Clogging diesel particulate filters is much more of a problem for construction and building plant than for agricultural tractors, it seems, because of the contrast in load cycles.

JCB offers service exchange DPFs while Reeds Construction and Engineering in Wiltshire has installed specialist equipment because of the demand for cleaning DPFs from cars, vans and hire plant – and the occasional tractor. It claims to remove up to 98% of the deposits in a clogged filter.

Active regeneration is most often the solution provided for agricultural equipment subjected to light load cycles; in the absence of an active regeneration system, the only solution is to get the tractor working hard with a draft implement or something demanding on the pto.

The active process involves injecting a small amount of fuel into the engine cylinders downstream of combustion or into the exhaust system to get the gases hot enough to burn away the accumulated soot.

It will initiate automatically, usually when the engine is running above a pre-determined rev limit, and if during the process the operator sets the throttle to idle, a higher than usual idling speed will be maintained until regeneration is complete.

What difference will drivers notice?

For the most part, operators will be unaware the active regeneration is taking place – other than by noticing the tell-tale instrument panel lights – and the process typically takes 8-12 or 15-20 minutes depending upon the system and soot load.

It is possible to defer the process, a safeguard thought necessary in case the vehicle is in a fire-risk location at the time.

But it is not a good idea to keep pressing the ‘cancel’ switch because eventually the engine will shut down to prevent damage from excessive back-pressure. In that eventuality, the intervention of a dealer technician with his service tool will be needed.

Apart from allowing regeneration when necessary, the key to living with a DPF, say John Deere service staff, is to follow the operator manual guidelines regarding fuel cleanliness and quality – low-sulphur fuel only and no oil contamination or additives that may be detrimental to combustion efficiency. 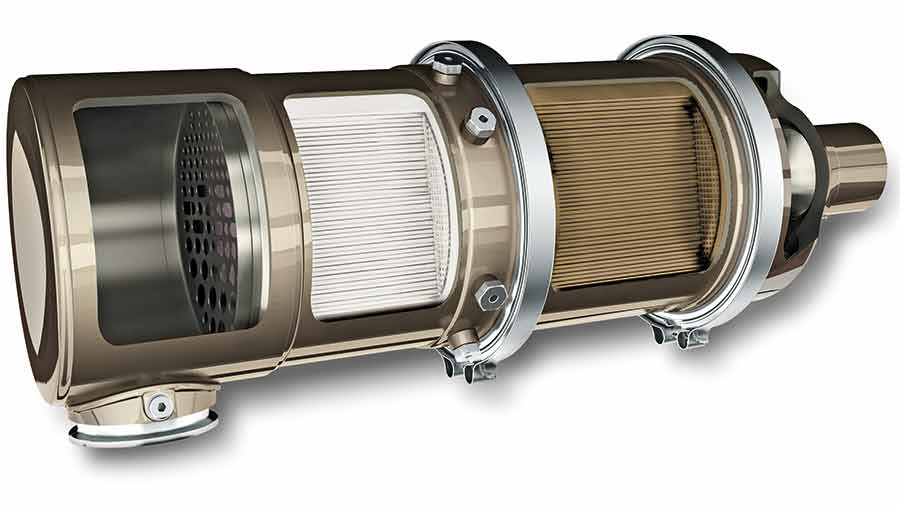 DOC and DPF in a combined housing for John Deere engines

On a positive note, John Deere no longer regards the DPF on its engines as a service item – periodic ash removal was originally included as part of the service routine but for the most part this has been found unnecessary. Ultimately, the DPF will have to be replaced – at around the 10,000-hours mark is the figure anticipated.

However, ash removal is included in the service schedules for Kubota, Perkins and Zetor engines fitted with a DPF. Zetor specifies a 12-month or 500-hour interval while Kubota, which uses a DPF with active regeneration, has a 3000- hour interval for DPF cleaning.

It’s a process best handled by the dealer or a specialist service agent and one that, unlike some of the examples evident on YouTube, should not involve banging the ceramic filter on a hard surface or flushing it with water.