JCB unveiled the new-look hybrid transmission back in spring 2016 to sit alongside its cheaper powershifting versions.

There is a growing list of models equipped with the fancy gearbox and the middle three of those run the same 4.8-litre JCB engine, have 140-litres/min load-sensing hydraulics and a 7m maximum lift, as well as identical exterior dimensions.

As a rough guide, there is a £2,000 jump between each of the Dual Tech models.

The 541-70 is no different – fuel economy, pushing power and cab comfort are easily up to the high standards JCB set way back with the supremely popular 1990s-built 525-58.

All JCB telehandlers have an ag-spec feel, and it shows admirable restraint in keeping things pretty simple in the cab while the likes of Manitou go overboard with extras.

The new hybrid transmission looks like a game-changer and was our favourite of all the gearboxes in the test.

However, it doesn’t come cheap, so a lot of buyers will likely stick with the six-speed set-up in the Agri Super model – which comes with the same engine, hydraulics and lifting stats.

JCB has never swayed too far from its time-proven, slim-pillared cab design with a lightweight two-part glass door that allows the top half to be left open for those who prefer the flow of fresh air.

Access is good, despite being a fair climb up, and you get decent views to the wheels thanks to a low boom pivot and well-sized bonnet. 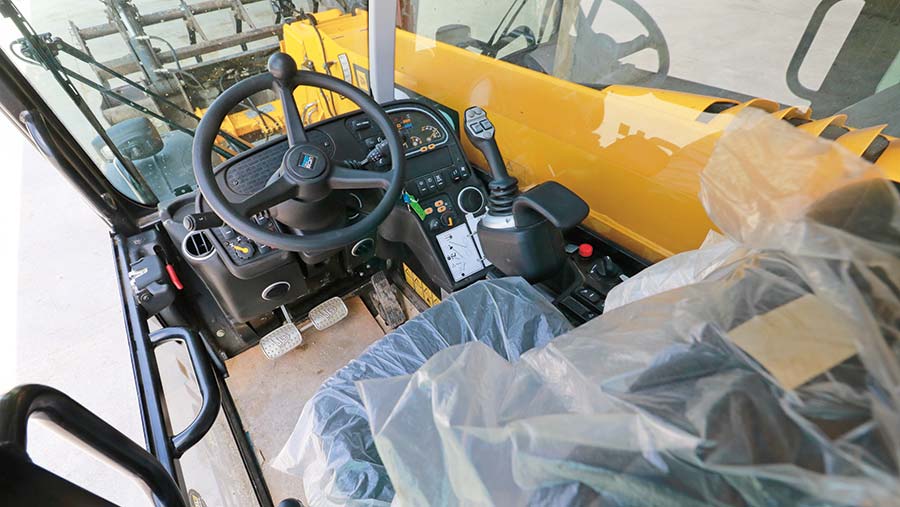 The most obvious letdown is the two-part windscreen/roof window, which leaves a cross-member directly in the driver’s line of sight during lifting work.

The blind is also poorly designed as it pulls from front to back, so there is no way to stop the glare of a high summer sun without shutting it completely.

Storage space is well thought out, with plenty of room for chains, gaffer tape and other paraphernalia under the seat, along with a bungee-cord-fronted phone holder.

However, the steering wheel’s height adjustment handle has a nasty habit of jabbing the driver’s kneecap.

There is not much to beat the simplicity of JCB’s clutter-free cab layout, particularly when it is sat alongside the switch-and-dial-riddled Dieci.

It doesn’t feel short of functions either, despite having far fewer modes and settings than its old nemesis, the Manitou.

Just like its French rival, JCB attaches the well-weighted joystick and wrist rest to the seat to make sure it moves with the driver.

However, button labelling leaves a little to be desired. Gearbox shifts are on unmarked buttons and first-timers can be excused for confusing the boom controls and third service, which sit on neighbouring rollers.

The Brits squeeze a large-capacity 4.8-litre block into the tightly packed engine bay and it is capable of kicking out a healthy 145hp.

Like Manitou, it has eco and power ranges, but JCB sets it out in a simpler fashion. Knock the rocker to power and the engine will rev harder, or tame things by engaging eco, where it will limit the crankshaft to 1,700rpm and initiate earlier upshifts to cut fuel use and keep noise to a minimum.

It also claimed the lowest fuel consumption in our test, although it was some way short of the 15% savings it promises. 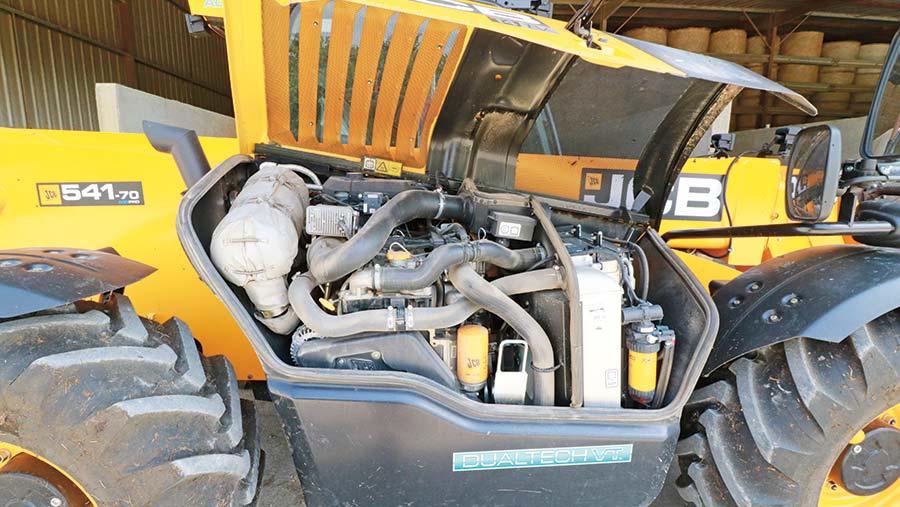 The JCB’s stand-out feature is its Dual Tech transmission, which provides hydrostatic drive up to 19kph and three more fuel-efficient powershift steps to a 40kph top speed.

The arrangement sees the first gear of a heavily modified four-cog gearbox replaced by a hydraulic pump and motor – denoted by a snail on the in-cab screen – which we found ideal in providing delicate control around the yard.

Multi-plate clutch-packs engage each powershift gear, rather than a traditional torque converter.

This provides a mechanical link between the engine and axles as it automatically shifts the gears to reduce power losses through the transmission.

The front axle also disengages above 19kph, sending all of the power to the back wheels.

The powershift changes were smooth enough to rival Manitou’s stepless set-up, though the whiplash-level brakes are better suited to slow-moving situations.

It uses the power of gravity to lower and retract the boom, which asks far less of the hydraulics and did not seem to inhibit cycle times. 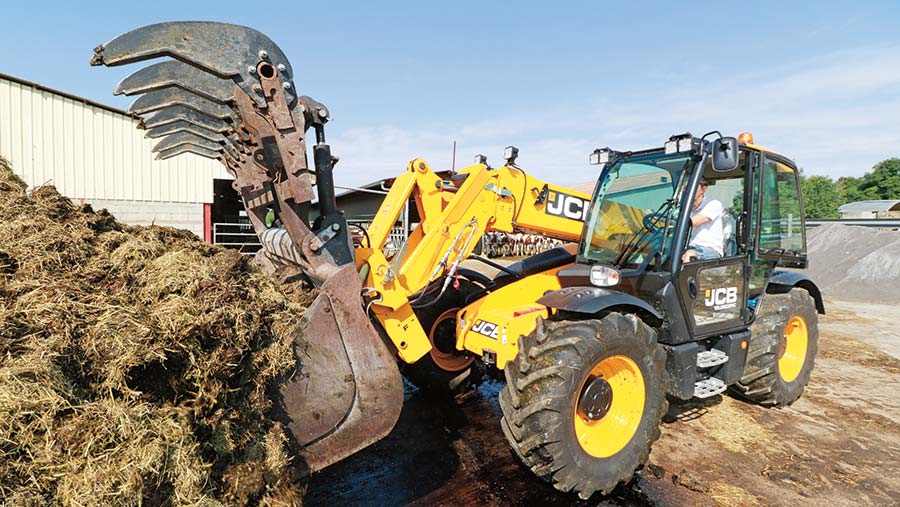 In fact, it delivered the second quickest overall cycle times at tick-over and performed averagely with the engine running faster.

We also found it the most powerful on the muck heap, where it benefits from being the heaviest and having a huge weight hanging out the back.

It meant the EN15000 restrictions rarely caused it a problem, unlike most of the others.