Cross-ply tyres may have long been ditched on all but the most utilitarian tractor models, there is still an argument for employing them on a telehandler.

“Our standard fitment across the TurboFarmer range is the cross-ply Mitas MPT-01 in size 405/70-24,” points out Joe Rodgers of Merlo UK. “The stiffer sidewall of the cross-ply is a virtue for this application because of the importance of stability and the tyres wear well.

“You don’t get the ultimate grip of a radial, but in a lot of cases that is not the priority – in fact, about 60% of MultiFarmer handlers go out on the cross-ply,” he adds. “Operators that want a higher-performance tyre, particularly in the eastern counties, upgrade to the 460/70R24 Michelin XMCL option.” 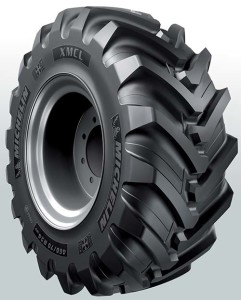 Claas, JCB and Manitou are among suppliers who prefer to install the higher-spec 460/70R24 radial as standard fitment, with Michelin’s XMCL being a favourite. The 8.7% wider 500/70R24 is available as an option for operators who want maximum flotation and traction for a modest increase in overall width.

Although the XMCL is designed for both agricultural and industrial applications, it is clearly more field biased than some designs. And with twice the carrying capacity of the XM27, which was once a popular telehandler fitment, it caters for the bigger weights and lift capacities of today’s telehandlers.

A steel crown belt provides added carcass damage protection, while 46% extra service life over the XM27 has been recorded from Michelin and customer test units.

The large footprint and an aggressive traction tread is reckoned to deliver up to 20% better traction than equivalent cross-ply tyres, while a tread pattern  that places additional rubber at the inner ends of the lugs helps resist hard surface wear. 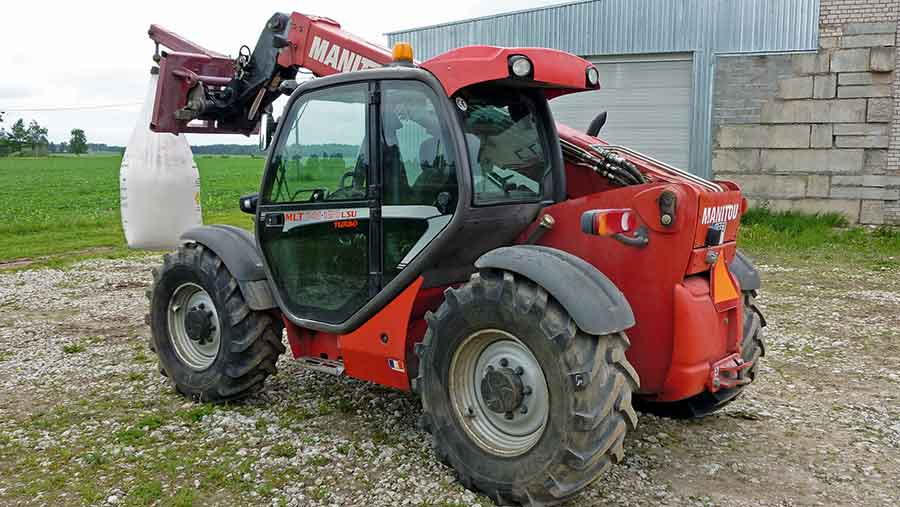 In a similar vein, the most visual feature of the Alliance A580 agro-industrial design used on telescopic handlers are the lugs that expand and overlap significantly at the centre of the tread pattern. 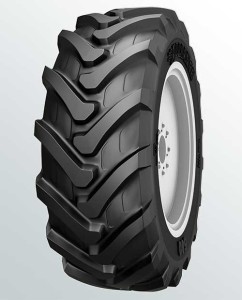 The arrangement is intended to again present a more durable and relatively large surface area for working on concrete and the like, while extending the lugs out over the sidewall aims to present a long and quite deep leading edge for traction in soft conditions.

Available in 405, 440, 460 and 500/70R24 sizes within the A580 range, the polyester/steel combination carcass construction aims to provide stability and puncture resistance, with plenty of rubber protecting the rim and sidewall.

“For the most part, telehandler buyers accept the standard fitment without question; it has a good reputation,” says Alastair McCallum of Claas UK.

“The exception to that is when they have applications involving full-time operation on hard, abrasive surfaces such as large farm and commercial grain stores and biogas plants, where the telehandler rarely if ever ventures on to softer conditions.” 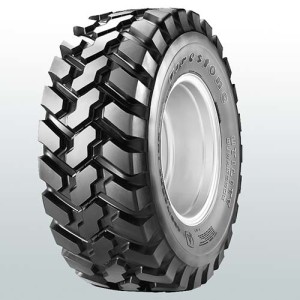 In that situation, service life and traction on a potentially slippery but hard surface are the primary considerations. Tyres such as the Firestone Duraforce-Utility was designed with this in mind.

This 460/70R24 has a block tread providing a large tread surface area with sufficient voids to give some off-road traction ability.

The flat, wide blocks are clearly biased towards hard surface applications and frequent or lengthy road journeys, with even pressure distribution across the tread for even wear and maximum life.

Lower noise and vibration than from a traditional traction tread layout should result from this design.

With the BibLoad, Michelin has tried to narrow the compromises by creating a tyre it says performs well on hard surfaces as well as in the field.

Available in a newly extended range of sizes from 400/70R20 to 500/70/R24, the BibLoad hard surface tyre has a tread made up of diamond-shaped blocks, each with seven sides and 12 distinct bevelled edges. 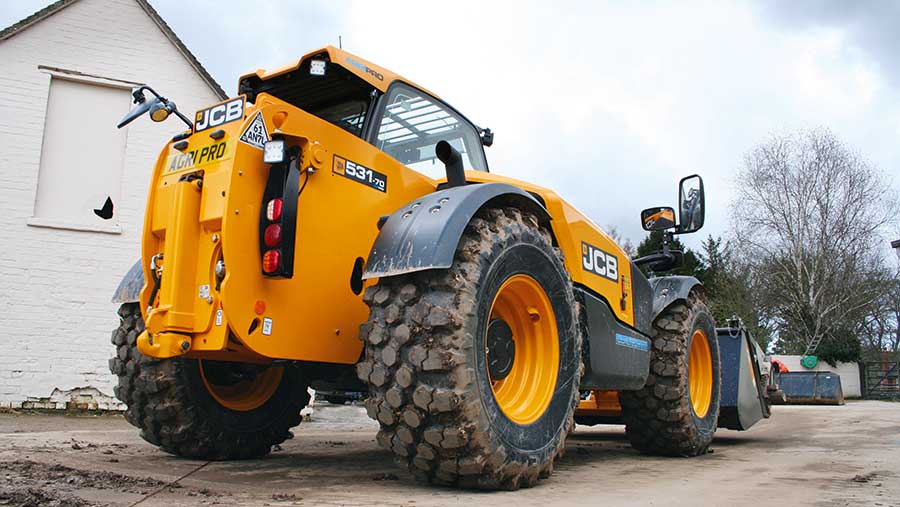 The block shape and layout works well when the vehicle is travelling in reverse as well as forwards, says Michelin, while the relatively open design is said to evacuate mud and debris relatively quickly.

Enhanced sidewall protection and a stone guard at the interface with the rim are other features. At 44%, the amount of rubber in contact with the surface is significantly up on the 29% presented by the XMCL and other equivalent traction-tread tyres.

The new tyre has impressed engineers at JCB Agriculture.

“It obviously doesn’t have the same self-cleaning properties as a traditional traction tread layout,” says Jon Bailey, a member of the agricultural Loadall engineering team. “But it does have good traction and lateral grip on soft ground, while on the road it runs quieter and with less vibration.”

This is a growing consideration for operators as the amount of time a telehandler spends on the road has increased in some instances to as much as 35% of its workload.