In a departure from its usual hydrostatic transmission, Dieci was showing off a prototype featuring a hydro-mechanical variable driveline.

The Agrimax Power X2 is fitted with Dana Rexroth’s HVT1 transmission, which offers a combination of mechanical and hydrostatic drive.

At low speeds, this performs like a regular hydrostatic, offering fast acceleration and braking, as well as swift direction changes. 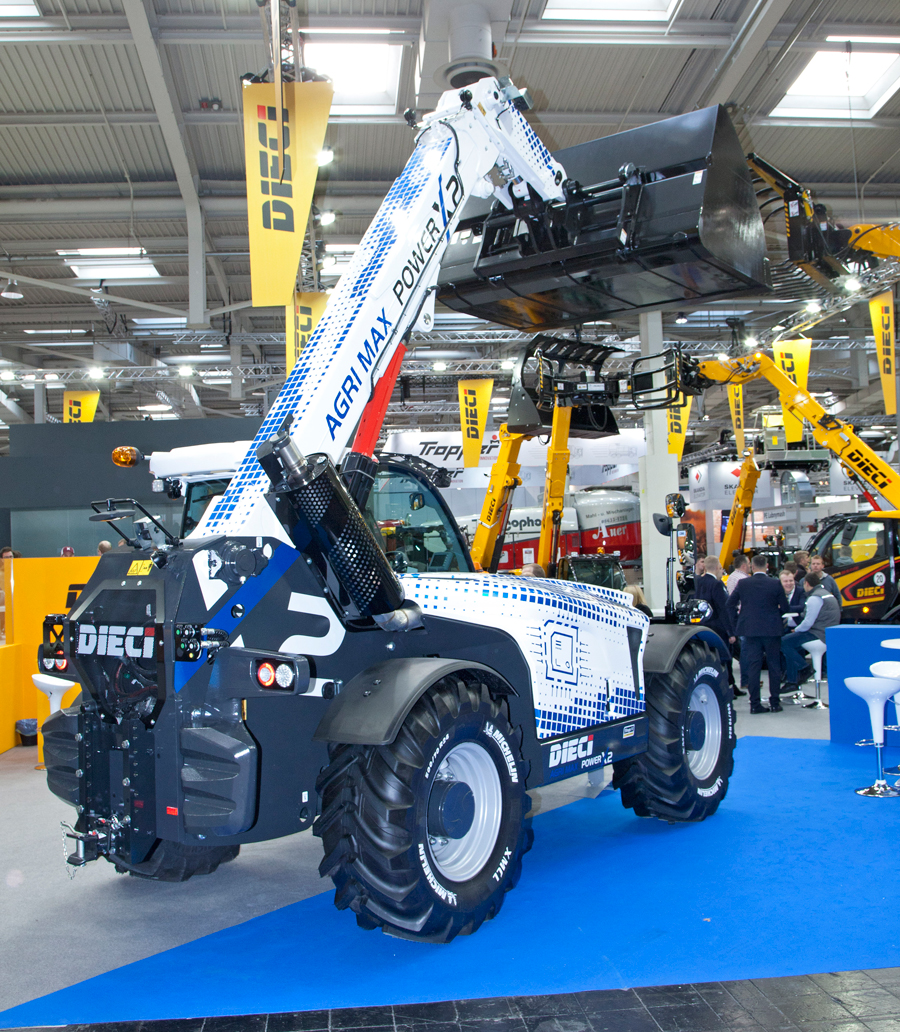 But at higher speeds, a larger proportion of the drive is put though the mechanical portion of the gearbox, reaching 100% at top speeds.

This apparently improves efficiency and saves fuel, and it all takes place without any input from the operator.

To test out the concept, Dieci has fitted the transmission to its AgriMax 50.8 handler, which has a 5t lift capacity, 7.7m reach and 153hp engine.

The maker has said it plans to trial the concept for a couple of years before offering it to the market, at which point it is likely to command a €10,000 (£8,600) premium over the conventional set-up.