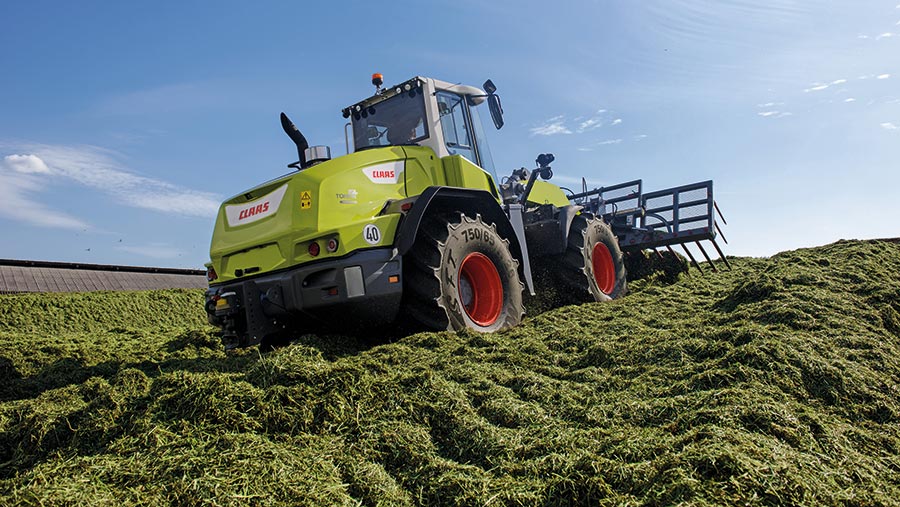 Claas has added a trio of new models to the top of its Torion loader range.

More power, higher lift capacity and greater loading height are the stand-out features of the two biggest newcomers, the 1913 and 2014, which are the firm’s biggest shovels by some margin.

The 1913’s four-cylinder, 7-litre Liebherr engine is tuned to 222hp, while the block on the flagship model has an 8-litre displacement and develops 249hp. This comes at a modest 1,150rpm and is directed through the Cmatic stepless transmission.

Wheelbase on both models has been extended by 10cm to facilitate increases to loading height and reach, with the bucket pivot point now at 4.15m – up by almost 24cm.

Hydraulic pump outputs on the two models are 234 and 290 litres/min, respectively – significantly higher than the next biggest model, the 1511, at 170 litres/min.

There’s also a pokier Torion 1511 available, with the “P” derivative offering more power and torque than the standard model.

Maximum flow rate of the load-sensing hydraulics is 228 litres/min, a rise of 58 litres/min, and there’s the option of a high-lift arm that raises the bucket pivot point from 3.93m to 4.51m. Automatic functions include return-to-dig and a height limiter.

The other mid-range Torions – the 1177, 1410 and 1511 – are now available with several new optional extras, including a system that allows the steering to be controlled on the joystick.

The cab also features an updated control panel on the right-hand armrest and the terminal can be used to monitor load counts and tyre pressures.

Other spec additions include a stainless steel exhaust pipe, up to 10 LED work lights and various external cameras. 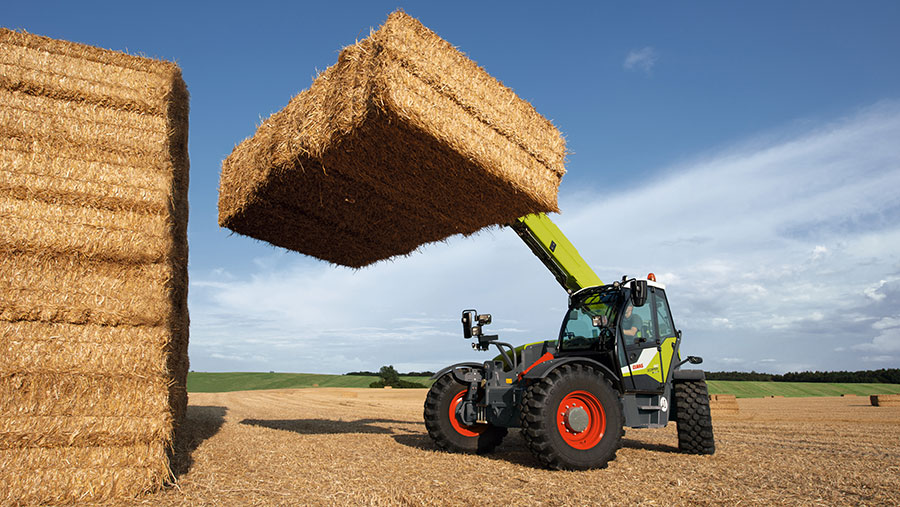 Claas is to fit a compact twin-motor drive unit in five of its Scorpion telehandler models.

The new system replaces the Varipower transmission in the 1033, 741, 736, 732 and 635 to extend service life, improve drive efficiency and cut noise levels.

Dubbed Varipower 2, it features two hydrostatic motors that share a common shaft and swash plate inside a compact housing. As before, there are three drive ranges with 15kph, 30kph and 40kph speed limits.

Other Scorpion models remain unchanged, with the 746 using the standard Varipower drive and the 756 and 960 fitted with the high-performance “Plus” variant, which has a wide-angle hydrostatic pump and second displacement motor.