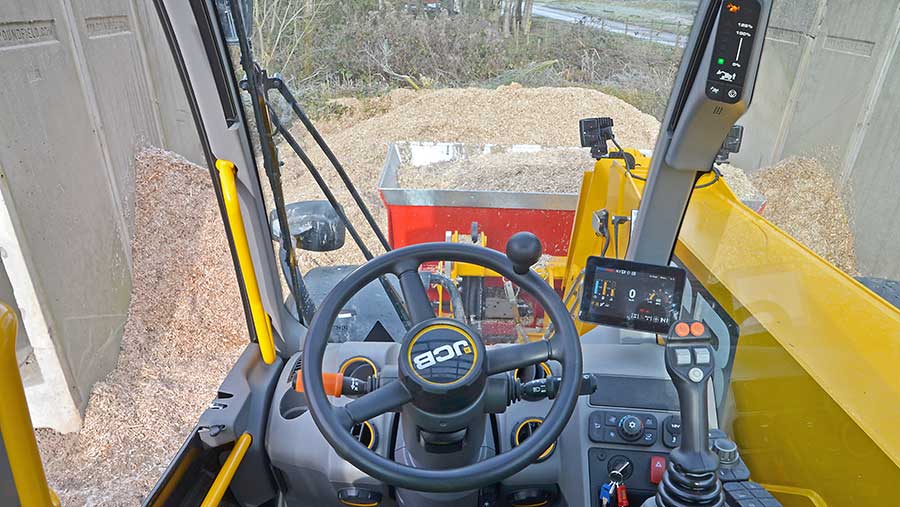 A new cab is the centrepiece of JCB’s latest-generation Loadall telehandlers and it promises to take comfort and practicality up several notches.

Though the old version was perfectly functional – and posted a respectable score against its rivals in our recent multi-machine test – it has been kicking around for more than a decade and now looks pretty old-fashioned.

In particular, the rest of the pack waved goodbye to a slab-faced windscreen and upper cross-member years ago and, as a result, deliver decent forward views.

Such was the disparity between the low-tech JCB cockpit and Manitou’s equivalent that the Staffordshire-based builder felt compelled to throw a full £8m at the job; £6m of which went specifically towards cab improvements. The fresh design will be built at the firm’s new £50m Cab Systems factory near its base in Uttoxeter.

Despite the cabin shortcomings of the Series 2 machines, sales have hardly been hobbled – JCB is reckoned to have claimed a near-monopolistic 57.5% of the telehandler market last year.

Added to that, the loader market is booming, thanks largely to improved prices in the livestock sector. Sales have climbed from 2,800 back in 2016 to 3,500 last year and JCB is on course to build its 250,000th Loadall in the next 12 months. 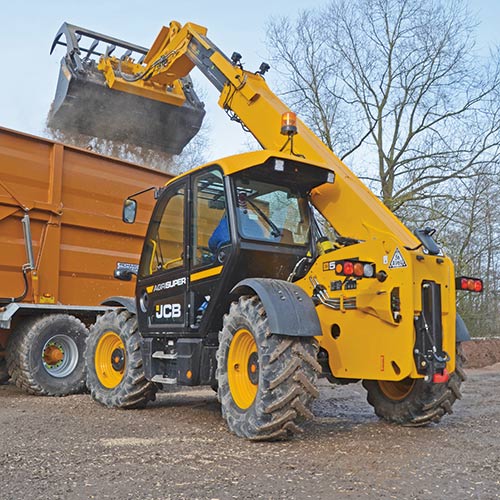 In all, JCB reckons there is 14% more upward visibility – the only interference being the slanted protective frame over the top of the roof.

Views downwards are better too, though this is more to do with binning the traditional dash and its mishmash of dials and rockers in favour of a big armrest and 7in screen combo.

This new arrangement sees all of the controls lined neatly to the side of the joystick, with the tablet-style screen controlled through a rotary knob.

Though the changes to control layouts might seem drastic to long-time JCB users – the likes of steering mode is now (shockingly) shown in the screen – the most common parts remain unchanged.

There’s been no tampering with the electro-hydraulic joystick and, as we’ll explain later, little to report in the engine or transmission departments, either.

The cab frame is also 35mm wider – its outer edge now sits pretty much in line with the walls of the tyres – and 145mm longer, so it generally feels quite a lot bigger. There’s a new pivoting steering column and wheel as well, which has been pinched from the Fastrac tractors and big loading shovels.

Other changes worth noting include better seals around doors and windows, which has contributed heavily towards the reduced cab noise.

It’s down to a whisper-quiet 69dBa, which gives decent-spec cars a run for their money.

There is also a rather neat pivoting grab handle on the B-pillar, a hands-free phone kit, auto cab temperature control on top-spec models and better windscreen wipers, completing a pretty high-spec package. 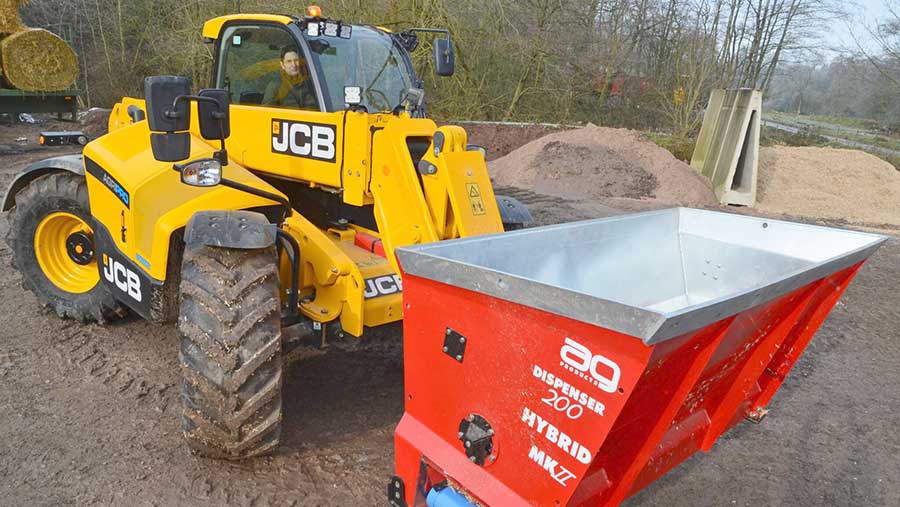 Both the cab and machine as a whole are heavier, which means JCB has been able to beef up lifting capacities on the 6m, 7m and 9.5m models.

The improvements are pretty marginal – check the range box for a better idea of their new capacities – with the maximum increase about 200kg.

The upshot is that the EN15000 limiter shouldn’t disable hydraulic functions quite as frequently – an improvement that will be noticed most readily on the muck heap.

JCB remains the only mainstream telehandler maker to build both of the key drivetrain components.

Engine-wise, there’s the same 4.4-litre and 4.8-litre EcoMax engines serving up anything from 75hp to 145hp across the four models.

They are apparently able to deliver pretty impressive fuel consumption figures of 5.7 litres/hour, too, according to JCB’s own tests.

These blocks can be married to a selection of transmissions, including a new 40kph powershift with four-speed torque converter lock-up.

There is also the six-speed auto powershift and the firm’s novel DualTech VT hydrostatic/powershift hybrid, which both max out at 40kph.

Spec details include regenerative hydraulics that use gravity to lower and retract the boom (saving hydraulic capacity for other operations), a mode that allows independent control of engine revs and forward speed, and a new twin-line hydraulic braking system.

Air brakes will be available on the options list later this year.

When is it available?

The machines got their first reveal at last month’s Lamma show and dealers have been busy putting in their orders.