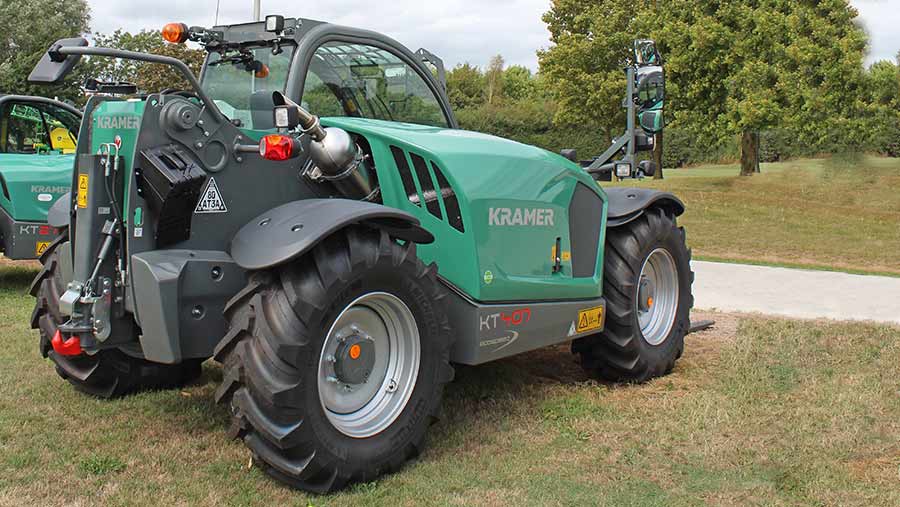 Kramer has continued the expansion of its telehandler range in the UK with two new machines.

Since exiting from a manufacturing agreement with Claas, the German company has reached an agreement for its machines to be sold through John Deere dealers. There are no immediate plans to paint the loaders in Deere’s livery, however.

The KT407, one of two new ag-spec machines, is powered by a 136hp Deutz four-cylinder engine running through a three-speed hydrostatic transmission.

The only significant changes from the older KT357 are in the lifting department – it is specced to lift 4t and reach to 7m, which has been achieved by bolting a bigger counterweight to the back end.

The second new model is the 4.2t lift, 9m reach KT429, designed for straw contractors. In simple terms, it’s a tuned-down version of the firm’s 5.5t telehandler, carrying a smaller engine, lighter transmission and axles, and no counterweight.