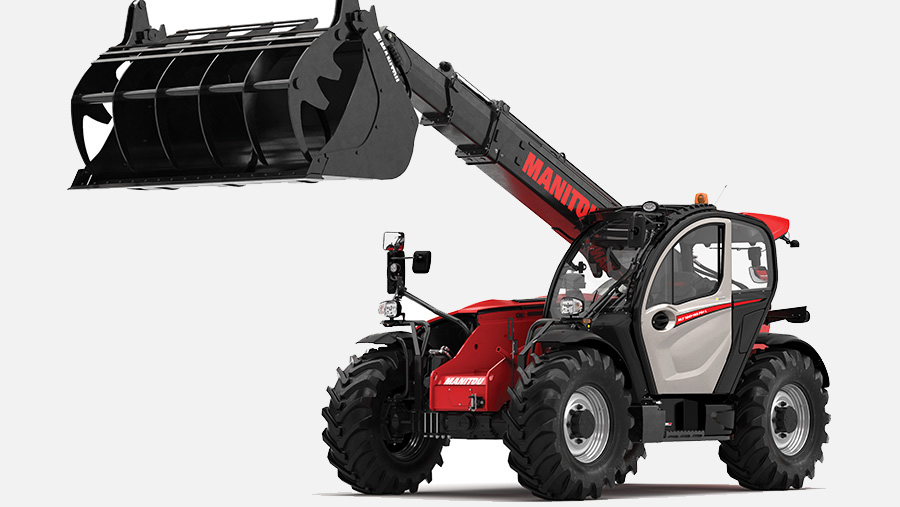 The most significant change involves the engine, where John Deere’s 4.5-litre four-cylinder has been ditched in favour of a 4.6-litre block from Japanese maker Yanmar.

It offers an identical maximum output (141hp) but serves up 12% more torque than before and, says Manitou, contributes to 11% lower fuel consumption.

Drive runs through the same torque convertor transmission with five-speed automatic powershift, so anyone wanting a hydrostatic machine with similar lifting credentials will be pointed towards the MLT 961.

The 200 litre/min hydraulic flow is also the same as before, with flow-sharing distributors allowing several boom functions to operate simultaneously.

However, the new models get the benefits of Manitou’s latest cab, which was launched four years ago on the firm’s mid-sized MLTs. These include a bucket shake function, return to position headstock and Quicklift, which extends the boom as the lift arm rises to speed up bale stacking.

There’s also variable ratio steering, which reduces the number of lock-to-lock turns by 40%, and a high-view camera kit that may come in handy when filling artic trailers with grain.