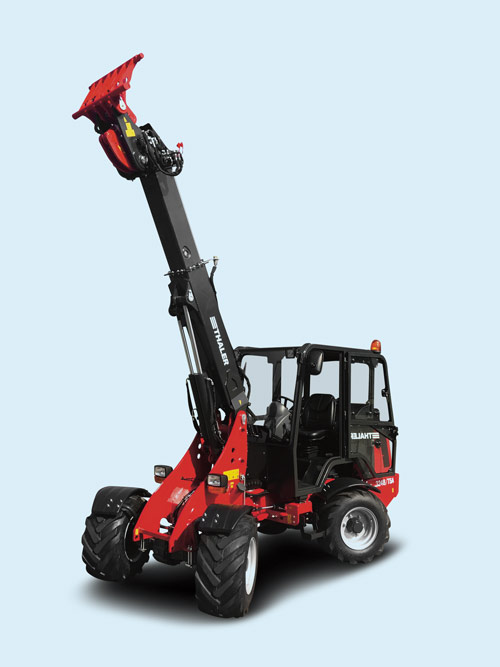 In what must be one of the first loaders in the world to be steered by two separate methods, German maker Thaler has released its 3248T-5A loader, which has both pivot- and four-wheel-steering modes.

The headline figures include the inner radius turning circle, which has been drastically cut from 1,257mm for a standard pivot-steer 3248 machine to 760mm on the new dual-steering model for the same loop. There are now five different steering modes.

See also: The ultimate guide to buying a telehandler 2018

The firm claim it’s the most stable articulated loader in the world, while also being the most agile four-wheel-steered loader on today’s market.

After two years of testing, the new model is based on the pivot-steer 3258 version from Thaler, which has four-cylinder Yanmar engine that offers 48hp and runs through a hydrostatic gearbox.

UK availability and prices are yet to be announced.