Previous versions came with the larger 4.1-litre 156hp Deutz motor, rather than the 140hp, 3.6-litre we tested, but to meet the latest emissions regulations the Italian maker has had to downsize in the engine department. 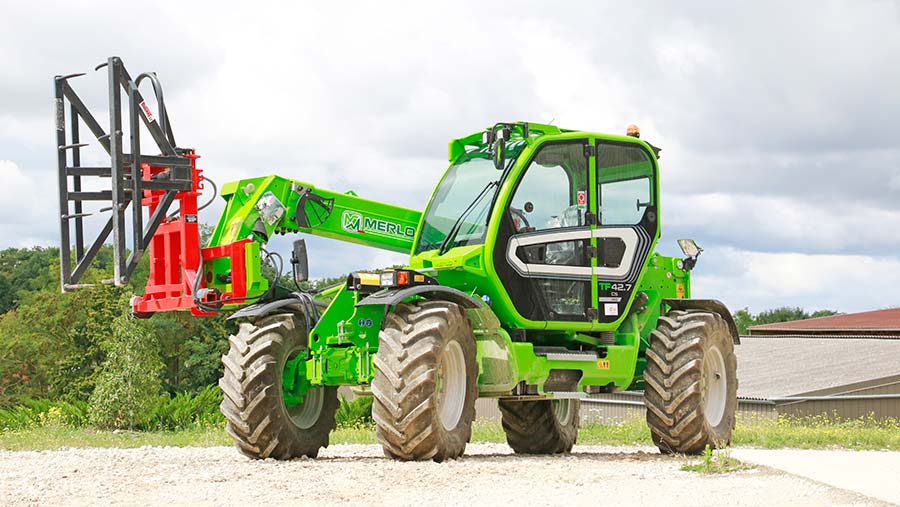 Our model came with the standard two-speed hydrostatic, which only allows a range change when stationary.

However, buyers can choose to upgrade to the fancier stepless CV Tronic, which has two axial piston hydrostatic motors powered by an electronically controlled hydraulic pump.

The CVT models get cab suspension as standard, but it is an option on the hydrostatic machines.

Merlo has been pioneering the combination of a side-mounted engine and hydrostatic transmission since the 1980s.

This is ideal for most handler duties, giving smooth power uptake and no need to keep shifting gears. But when it comes to road work and towing it starts to lose its appeal.

And although the Merlo wasn’t the only handler to sport this set-up, it was the most sluggish.

On the plus side, the cab suspension meant it stood head and shoulders above its rivals in terms of comfort. That alone makes it ideal for bale collecting – providing you have a tractor to pull the trailer, that is.

Elsewhere, Merlo has been trying a bit too hard with some of its functions and switchgear. This made it a little more complicated and fussier than necessary.

The cab is the jewel in the Merlo’s crown, offering a ride that’s plush enough to let you hoon across rutted tramlines in relative comfort.

However, the penalty for all that smoothness is a long climb up to the platform, which is raised to make room for the suspension system.

Once there, the high seating position gives great visibility and all is well until you try to tuck it into a low-ceilinged shed. 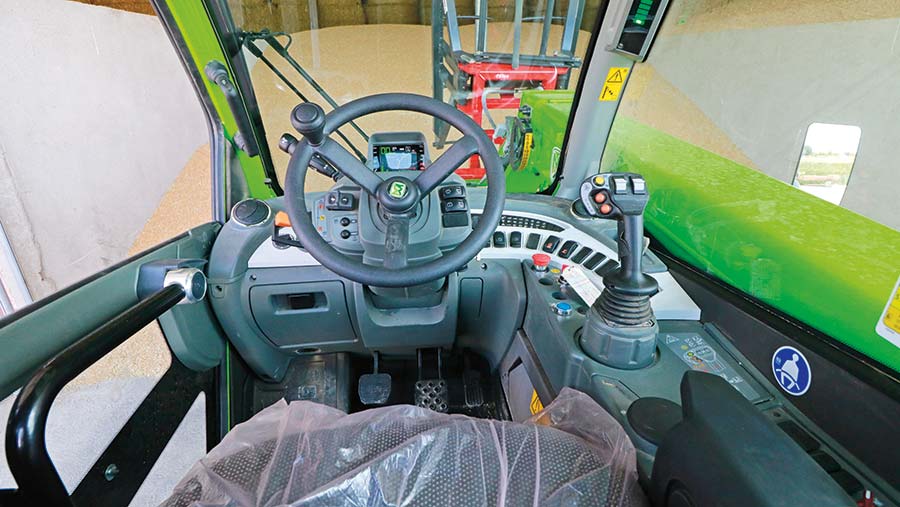 Thankfully Merlo has fitted a button that allows you to deflate the suspension, which shaves a few centimetres off the overall height.

The door opening is a bit on the narrow side too, but the fact that the whole door can be pinned back out of the way makes up for that. 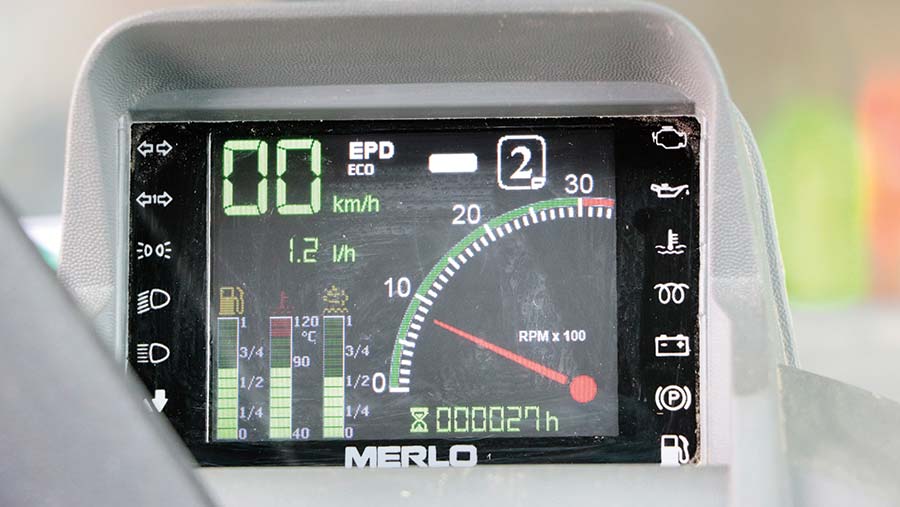 Less good is the placement of the roof protection outside the cab, with such a small gap that it’s tricky to clean the glass properly. 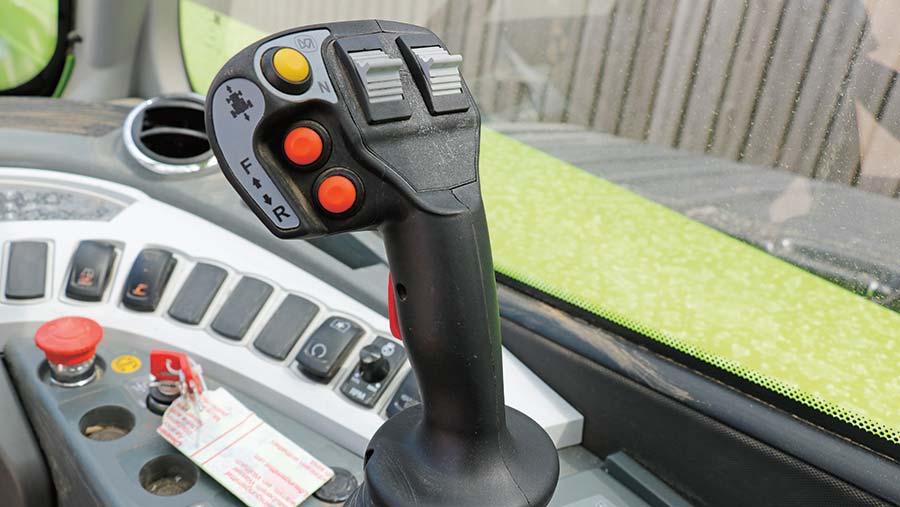 When you first hop into the Merlo’s seat the controls seem a bit overcomplicated, particularly after driving the JCB and Bobcat.

Labelling is generally confusing and the ergonomics aren’t great either.

For example, the F/R shuttle lever is mounted too low to grab easily from the steering wheel and we don’t like the fact that you have to press it in to find neutral.

It is still a big improvement from the button arrangement the Italians have used in the past, but the safety switch on the back of the joystick is a pain.

It means you have to properly grip the lever and constantly apply pressure to keep it working.

Taping it up is no good either as this will lock the hydraulics every time you restart the engine.

On the plus side, the joystick is also home to a set of F/R shuttle buttons, which will please some people.

Merlo has opted to fit the TF42.7 with a 3.6-litre, four-cylinder Deutz engine, which develops 140hp and puts it near the top of the table in terms of power output.

From a driver’s point of view, there are a couple of different buttons for setting it the way you want.

First, there is a dial that allows you to select engine revs and use the throttle pedal to control forward speed.

There is also an eco setting that electronically alters the engine’s combustion to improve fuel economy, which Merlo reckons offers savings of up to 18%.

And our test machine also had the extra EPD Plus mode, which means you can record a set speed for the machine to operate at during repetitive yard tasks. 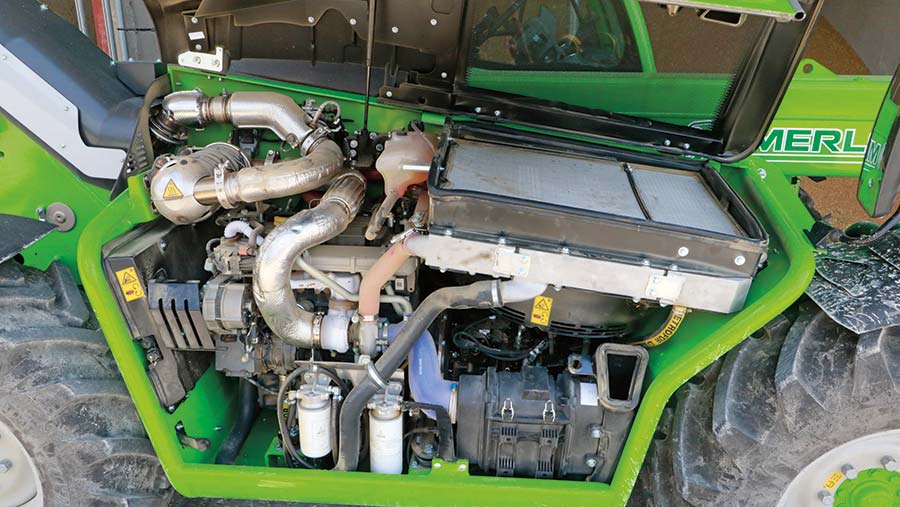 Our model came with Merlo’s simpler two-speed hydro-mechanical transmission, rather than the techier stepless CV Tronic.

Low range is designed for operation between 0-5kph and high goes from 0-40kph. But as with most transmissions of this type, the ranges can’t be changed on the move.

Unlike several of the other machines on test, the Merlo does not disengage the drive when you stand on the brakes, so a separate inching pedal is fitted.

This is not as slick and means the pedals are rammed in too close together, making it easy to knock the wrong one when wearing chunky boots.

Sadly this transmission wasn’t great for towing or road work either, and it really struggled when we had a load of bales on the back. 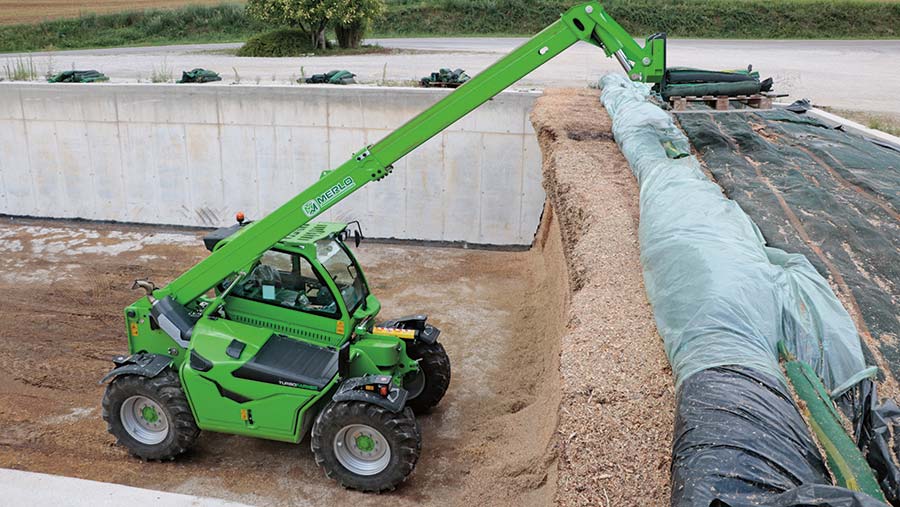 The TF42.7’s 150-litre/min hydraulic pump was gutsy enough to shift the boom around at decent speeds. However, the cycle times at both low and high rpm were fairly average.

Our testers liked the fact that Merlo has added a soft-stop function when retracting the boom and the suspension system worked well too.

This can be switched on and off from the cab, and it will automatically disengage at speeds below 3kph to allow for more accurate boom handing.