The introduction of additional models to fill gaps in existing ranges is the main theme of this year’s Ultimate Guide to telescopic handlers – along with the surprise addition of the first Fendt model.

Teaming up with German company Sennebogen, a specialist in industrial handling solutions, Fendt says it will offer a range of telehandlers in due course.

For now, it has launched the Cargo T955, a top-end machine with 5.5t lift capacity and the ability to take 4.85t to the full lifting height of 8.5m.

Its most eye-catching feature, though, is the hydraulic arm-mounted cab, which can raise the operator to a viewing height of 4.25m.

From that lofty perch, says Fendt, operators can load tall-sided trucks and trailers faster and more confidently, and it should be easier to place bales high in a stack. 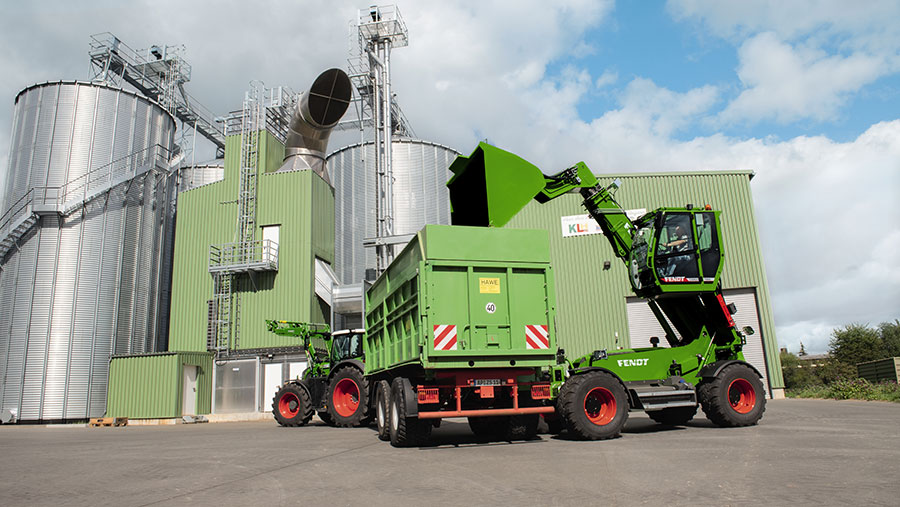 Apart from these abilities and the cab suspension comfort provided by the hydraulic arm, the machine has two other distinctions.

With 171hp from its FPT engine, it matches several Merlo handlers in having more power than other machines, and it has by far the highest list price in the guide. 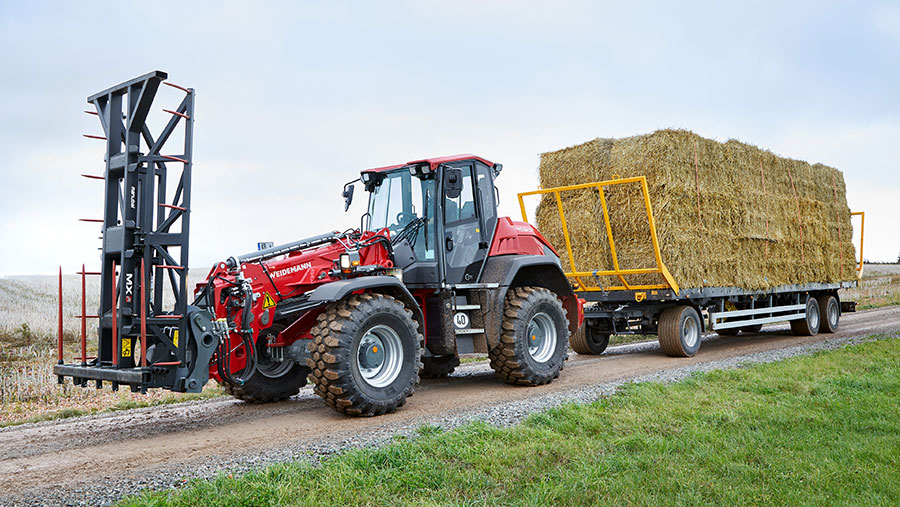 The 6.5t lift Scorpion is the latest addition to the Claas line-up and one that will take a 4t load to a full-height lift of 8.79m.

That gives it about 1t or 20% more capacity than the Scorpion 9055 in the previous Claas range. 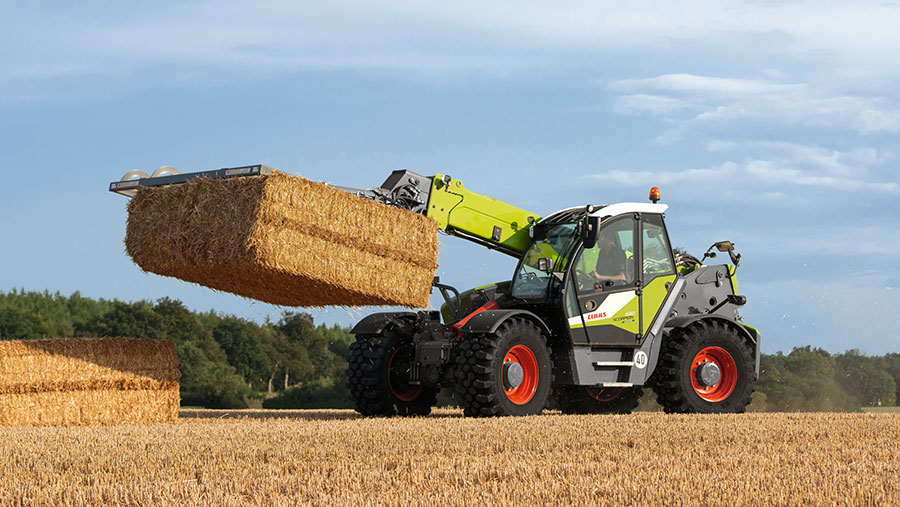 A 4.1-litre Deutz engine provides up to 156hp to drive the 200-litre/min load-sensing pump, and also the four-wheel drive Varipower Plus transmission, which uses twin pumps designed to deliver a combination of tractive effort and speed.

The optional feature Dynamic Power has the engine automatically responding to joystick movement.

Lift capacity is 3.2t maximum and to the full height of 6.2m, with a 109hp JCB engine motivating the four-speed powershift transmission and 140-litre/min variable-output hydraulics. 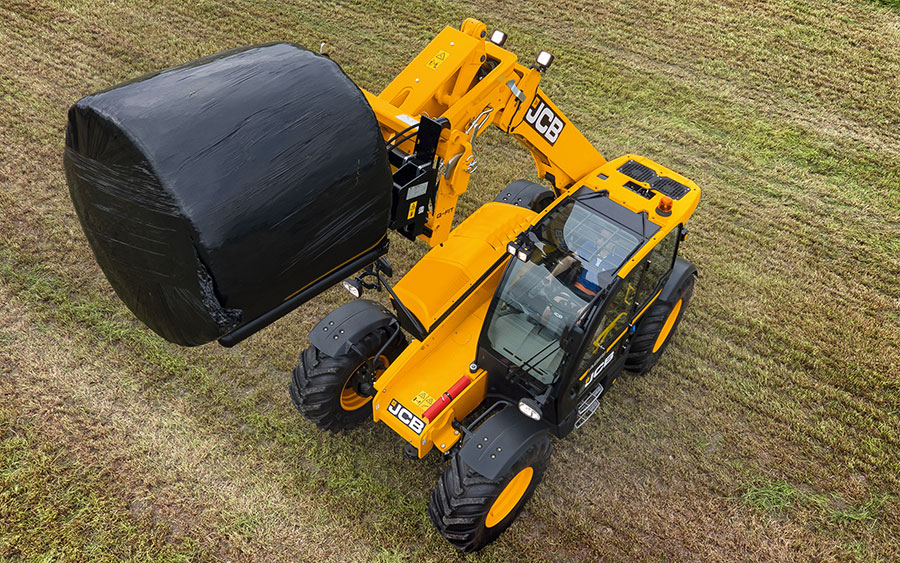 Tyres in 20in and 24in sizes cater for low overall height or ground-clearance priorities.

Kramer is pushing the performance envelope of its rigid chassis telescopic wheeled loader design with the KL55.8T, which is rated at 3.9t lift capacity to 5.2m.

In the UK, it is offered with two otherwise optional higher-spec features: a 156hp Deutz engine and a three-speed 40kph hydrostatic transmission.

With 40deg of steering angle at both axles, the new machine is reckoned to be more manoeuvrable, with more consistent weight distribution than comparable articulated chassis machines, although it lacks their “side-shift” capability.

While NC Engineering in Northern Ireland has stopped building its FH225 articulated telescopic loader, Manitou has expanded its participation with the MLA-T 516-7H, a smaller companion to the existing MLA-T 533-145.

The newcomer’s rated lift capacity is 1.6t (calculated from a tipping load of 3.53t) and it will handle 1.2t to the full lift height of 4.9m.

The power and torque from a 75hp Deutz are channelled through a two- or three-speed 30kph hydrostatic transmission. 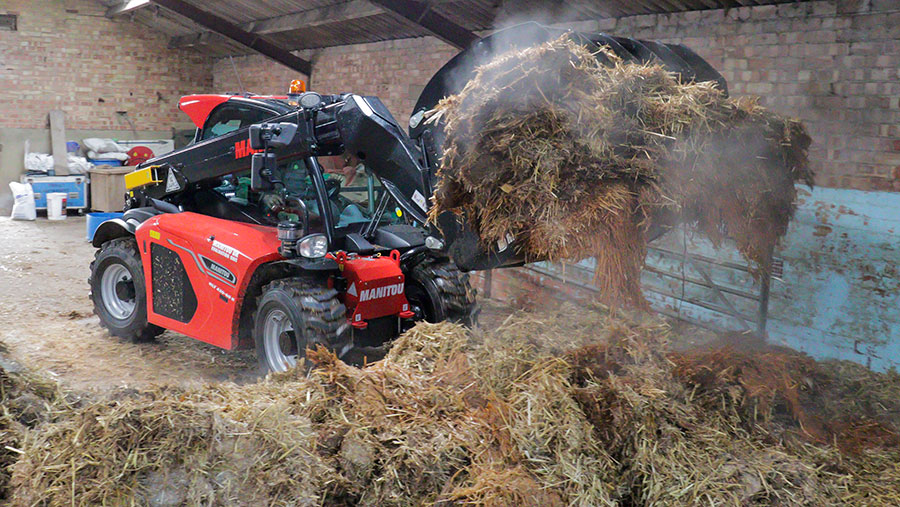 The machine can take its 2t maximum load to 4.35m and a reconfigured boom end structure improves visibility.

Merlo’s Turbofarmer TF50.8 T-170 is a heavier-lifting telescopic handler that combines 7.8m of lift height with 5t of capacity from ground level to full boom lift and extension.

There should be no shortage of drive performance, given the FPT engine’s 170hp output, but the machine has regular two-speed hydrostatic drive rather than the CVTronic high-performance transmission installed in the higher-spec version, which also comes with cab suspension.

However, the TF50.8 T-170 still features Eco Power Drive separate transmission and engine speed control, plus automatic response to joystick movement to bring up the revs for the required oil flow.

New Holland is completing the overhaul of its telescopic handler range with two new compact models to replace the LM6.28.

The TH6.28 matches the previous model’s 2.8t to 6.35m performance, while the TH5.26 comes in with a single-speed hydro transmission and 80-litre/min hydraulics providing 2.6t capacity to 5.68m lift height.

Both machines are powered by Kubota diesel engine, developing 107hp and 73hp, respectively.

Smaller still is Tobroco’s Giant GT5048, its more modern contender for the “2mx2m” class that measures barely 1.9m tall and is 1.65m wide to gain access to small buildings or through slim doorways.

Four-wheel steering helps once inside and, with no height restriction, the 50hp Kubota powered machine can lift 1.7t and take 1.2t to its 4.8m max height. 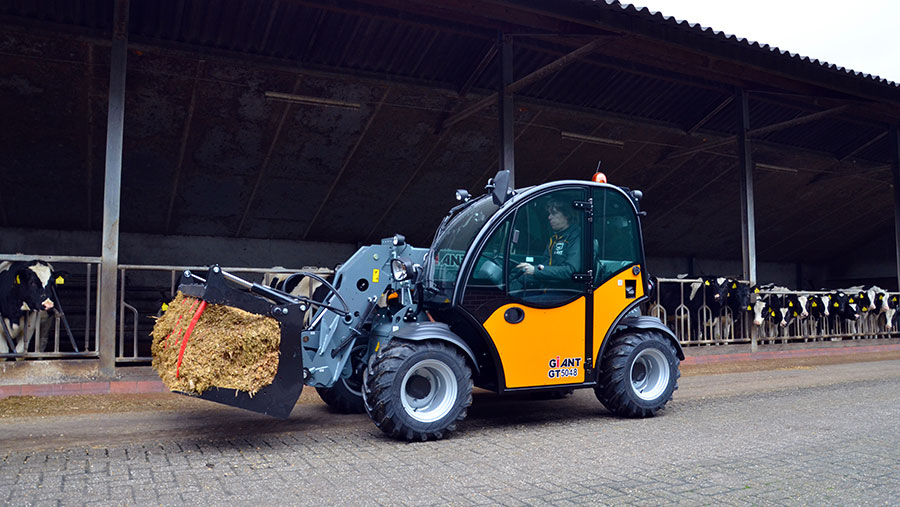 Two more Giant newcomers – the G3500 Tele and G5000 Tele – replace existing models in the line-up and both are telescopic versions of the Dutch manufacturer’s wheeled loaders.

A lift height of 4.3m is common to both, so the 2.4t and 2.8t capacities, 66hp and 75hp power outputs and choice of hydraulics differentiate them.

In the hydraulics department, the standard 70- and 80-litre/min pumps can be supplemented by a 50-litre/min pump for the auxiliary service to cater for high-demand implements.