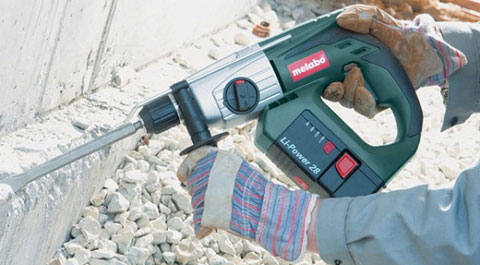 No workshop is complete without a drill – but what sort of drill should it be? Andy Collings takes a look at SDS-drills to see what they can do and how they do it

Before the mid-70s, a powered drill was little more than an electric motor, a chuck, a switch and a chuck key – which was constantly being mislaid.

And while there were drills which could ‘hammer’ when holes needed drilling into masonry or concrete, there were clearly limitations on their performance.

Enter then, in 1975, the SDS drill – a development which took the conventional hammer drill into a new league and increased its ability and work rate beyond the dreams of those who used such power tools.

Introduced by Bosch as the ‘Special Direct System’, perhaps the most welcome improvement was that SDS drills have a chuck which allows specially designed drill bits to be inserted and retained without there being a need for that elusive chuck key.

SDS drill bits have a cylindrical shank with indentions which enable it to be held by the chuck – when they are pressed into the chuck it is locked in place until released by a separate action.

It is this increased hammer action and the ability to allow power to be directed more accurately and efficiently which gives the SDS drill its main advantage over conventional drill designs.

It is probably no exaggeration to say that a quality SDS drill will cope with virtually anything a farm can demand of it – drilling through hard masonry, reinforced concrete, blue bricks – and do it all with only minimum effort by the operator.

And for purchasers of the higher spec drills, their use extends beyond simply drilling holes. For these drills there is a rotary stop control which prevents the rotation of the tool and allows the drill to be used as a chisel – to cut grooves in walls for positioning wire conduit, for example, or even in demolition activities.

There are basically three types of SDS drill. With no adjustable claw the SDS drill needs to have a tool having the same shank diameter as the chuck and there are three standard sizes: SDS and SDS Plus, SDS Top and SDS Max.

SDS and SDS Plus share a common shank size of 10mm having two open grooves held by the driving wedges and two closed grooves held by the locking balls. Fair to say, for the normal spectrum of operations, this is the most common size which will take a hammer up to 4kg.

Not so common is the SDS Top which has a 14mm shank and is designed for hammers from 2kg to 5kg; it has a larger grip area and a deeper shank insertion – 70mm rather than 40mm for the SDS Plus.

The SDS Max uses an 18mm shank with three open grooves and locking segments rather than balls. This drill, aimed at the professional market, is designed for hammers over 5kg and is generally a more powerful machine than the SDS Plus.

Capable of drilling holes up to 5cm in diameter with long drill bits, one of the drawbacks of the majority of SDS Max drills is their lack of a non-hammer drilling action; they only offer hammer-only or rotating hammer.

There is little doubt that the SDS drill is happiest working as a hammer drill but, as a drill for more delicate tasks, it may be found wanting in the control department. To use the SDS drill with conventional drill bits also requires the addition of a chuck adaptor so that the boxful of drills which has built up over the years can still be used.

So, what’s on the market? The answer is quite a lot, with key brands such as Bosch, DeWalt, Makita, Metabo, Hilti and Hitachio dominating the market, supported by smaller brands such as Draper, Ryobi and Erbauer. And don’t dismiss the home-branded drills marketed by the likes of Wickes and Homebase.

The first decision is whether or not to go cordless and this could be a decision based on price because quality cordless drills are not cheap – like for like, they probably cost twice as much as a corded drill.

Other considerations include the power of the drill required – cordless drills are measured in volts, typically 9.6 to 16 volts, but with up to 36 volts available for the professional. Corded drills are rated in both volts and watts with the wattage being the key figure and volts being either 110V or 230/240V.

Hammer impact energy is measured in Joules (J) and there is usually a drilling capacity depicted as the maximum hole diameter in a given material – masonry, wood and steel.

Anyone who has used a powerful drill and had the drill bit suddenly jam will know just how dangerous this can be – and how difficult it is to let go without having hands, wrists and arms being badly wrenched.

It is important that drills have a clutch system which will slip when the torque exceeds a set level and stop the chuck before there is a chance of injury to the operator.

Broadly speaking, SDS drills are available in three sizes – lightweight models which weigh about 2kgs, medium models, which cross the divide from DIY to professional use and weigh in at about 4kgs, and the heavyweights, the SDS Max drills for heavy site work.

The best choice for farm use depends on the type of work to be undertaken – but it would be reasonable to assume that, for the vast majority of work likely to be encountered around the farm, a medium-type SDS drill could be adequate, particularly one of decent quality.

Having decided what sort of drill is required, cordless or corded, the size and power, the final purchase will probably come down to price and how much you are prepared to shell out. 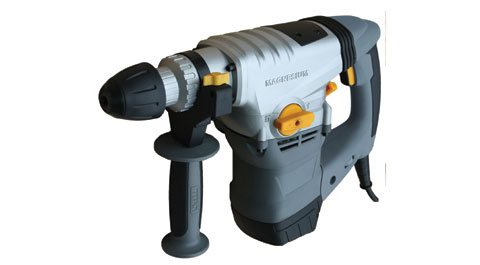 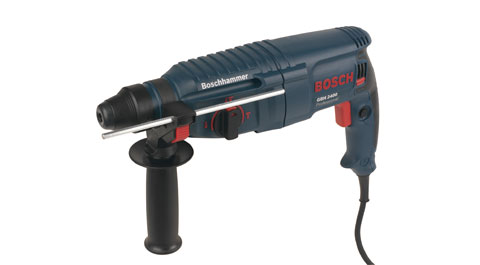 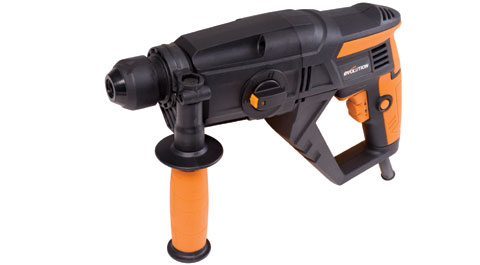 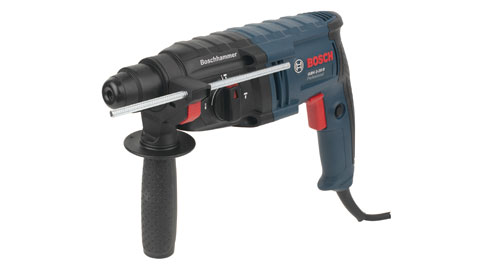 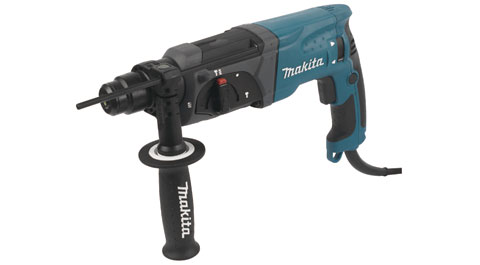 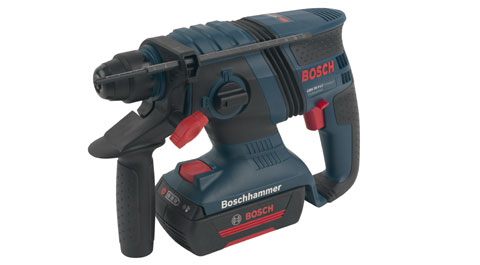 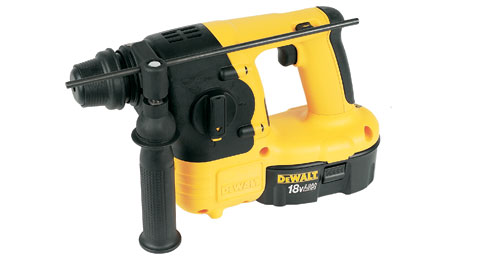