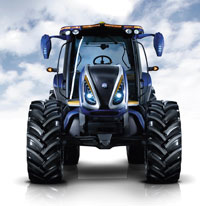 Tractor registrations reached 7772 units in the first six months of 2010, a decline of 15.7% on the same period in last year, according to the AEA.

Since reaching an extraordinarily high peak in March 2009 (on a moving total basis) the market has been in steady decline to a level closer to the average for the last decade and is presently running at an annual rate of just over 13,500 units. The rate of decline has been easing – in June it was 4.7% – and it is expected that the second six months may be more akin to the level of sales of last year, if somewhat lower.

All regions show a decline on last year but the lowest percentage fall was seen in the south east at -8%, followed by Northern Ireland at -9.8%. The biggest falls were seen in the midlands with the East Midlands area down 23.3% and West Midlands down 20.6%.

The average power of tractors registered in the first half year was 139.7hp. This was a reduction of 0.5% on the equivalent of a year ago which matches up with the fall in volumes in many arable areas.