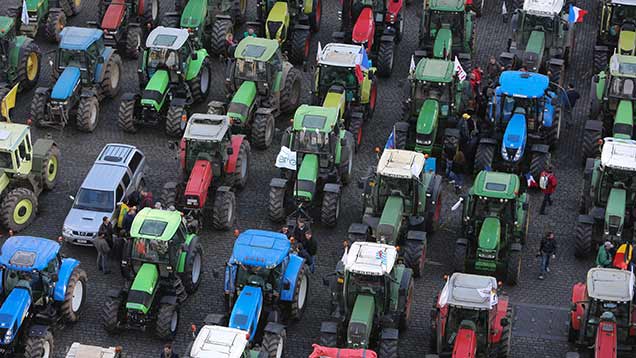 UK tractor registrations totalled 1,198 in June 2015, a 4.7% rise over the same month in 2014, according to industry body the Agricultural Engineers Association.

That figure may sound a little underwhelming, until you realise that this is the first time since August last year that this year’s sales figures have been higher than those of the corresponding month in 2014.

So what happened? Things had been going pretty well until autumn last year, when tractor sales dropped 12.9% in September (compared with the same month last year), then 22% in October and then 25% in November,

Things improved – relatively speaking – in December 2014 and January 2015 with drops of just 5% and 8.3% respectively. But then February saw a sales plummet of 28% before swinging back to a relatively mild 0.8% drop in purchases in April 2015.

But, just as everyone was thinking things were improving, tractor sales saw their (probably) biggest ever monthly drop of 33% in May this year, followed by a relatively mild rise of 4.7% in June this year.

Meanwhile, the average power of tractors sold in the first six months was 154.4hp, a small 1.8% increase on the year earlier. However, the second quarter total showed a 9.9% decline in comparison with the first quarter decline of 18.8%.