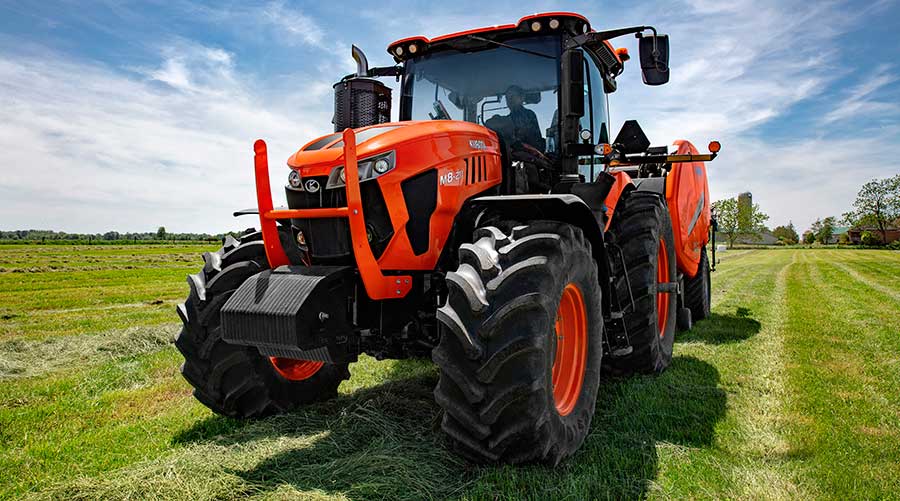 Following a tie-up with Canadian firm Buhler Versatile, Kubota has launched its first tractor to feature a six-cylinder engine and a power output of more than 200hp.

The M8 uses the same platform as Versatile’s Nemesis – unveiled at the Ag in Motion show in Saskatoon last month – and buyers will get the option of two models.

This is a significant jump from the firm’s current flagship M7-172 model, which features its own 170hp four-cylinder engine.

Like the M7, the new M8 models come with the option of a 30×15 semi-powershift or a CVT transmission, both of which will be offered with 50kph transport speed.

See also: Ultimate guide to buying a tractor in 2019

Hydraulics run from a closed-centre load-sensing system, with a standard flow of 120 litres/min and the option of upgrading to 160 litres/min. Rear lift capacity is 5,660kg or 7,050kg depending on the model.

Most Kubota operators will be familiar with the cab layout, which features a 7in or 12in touch-screen terminal borrowed from sister company Kverneland.

Other add-ons include a leather seat, LED lighting and a semi-active cab suspension system.

Factory-fit loaders will also be available, which offer a lift height of 4.6m and a 2.3t max lift capacity. These can be specced with a soft-ride system, self-levelling and two service functions.

Kubota’s initial launch has focused on the North American market and there’s been no official word when they’ll be unveiled in Europe.

However, there’s a good chance that they’ll make an appearance at the Agritechnica show in Hanover, Germany in November.