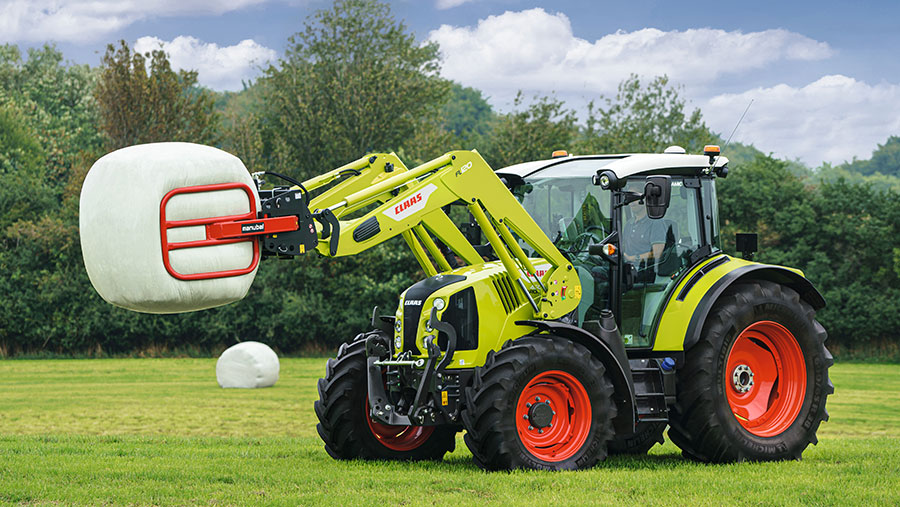 Claas has added a more powerful model to its now seven-strong Arion 400 range that breaches the 150hp mark.

The launch was timed to coincide with the move to Stage 5 emissions standards for the 4.5-litre, four-cylinder FPT engine.

It means the new flagship 155hp Arion 470 offers an enviable power-to-weight ratio and, output-wise, is on a par with mid-sized 500-series models. However, some of that poke comes by way of a boost, which is only available with the pto under load or at speeds above 8kph. There has also been an 8% increase in torque across the board, with the 470 topping out at 630Nm.

Bigger fourth-generation models, from the 430 to the 470, are available with the established choice of two Gima-sourced powershift transmissions – the 16-speed Quadrishift and 24-speed Hexashift. The range remains deprived of a CVT option for now, though the company isn’t ruling it out in the future. 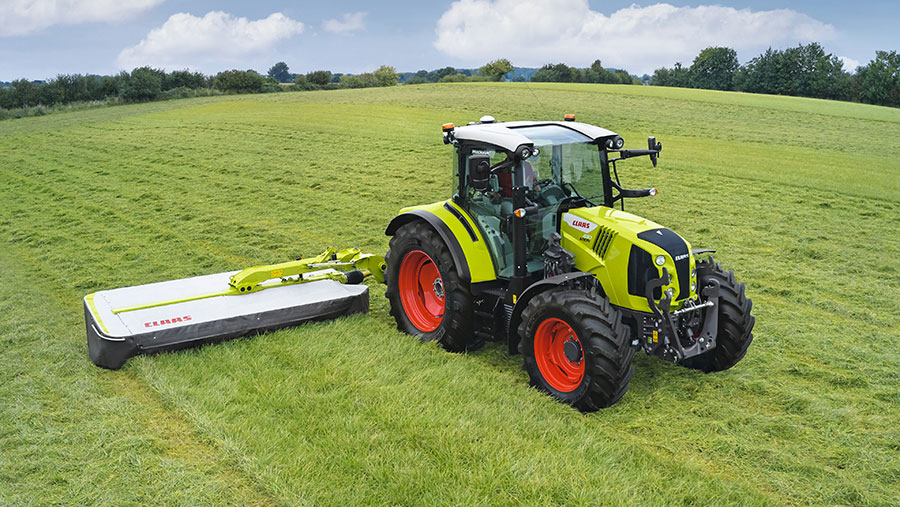 There have been notable improvements in carrying capacity, with gross vehicle weight up 500kg to 9t, allowing for a maximum payload of 3.8t. Rear lift on the Arion 430 upwards has also risen by the same amount – now 6.25t – and a bigger 150-litre/min hydraulic pump has replaced the old 110-litre/min unit.

This should pay dividends on loader work, says Claas, where operators can expect the lifting cycle to be twice as quick as before. That’s likely to be a big selling point for the company, considering more than 50% of the previous generation was sold with a factory-fitted loader.

It can be controlled on a multifunction joystick with five programmable buttons, and a crossbeam-free panoramic roof is also on the options list – promising to markedly improve visibility through the lifting arc. 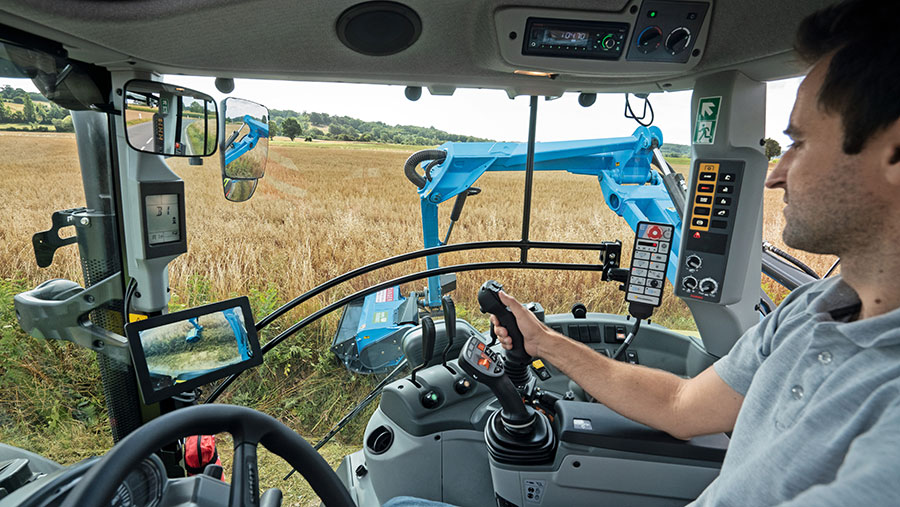 Other nice-to-have features include brake-to-neutral, front axle suspension and two-point mechanical cab suspension. Automatic four-wheel-drive engagement is available and, it’s claimed, can improve the turning circle by up to 8%.

As before, the range is available in two spec grades – CIS and CIS+. The firm’s fancier Cebis spec isn’t currently an option on the 400s, but telematics is.

Production is due to start in June, with UK deliveries not scheduled until the autumn.