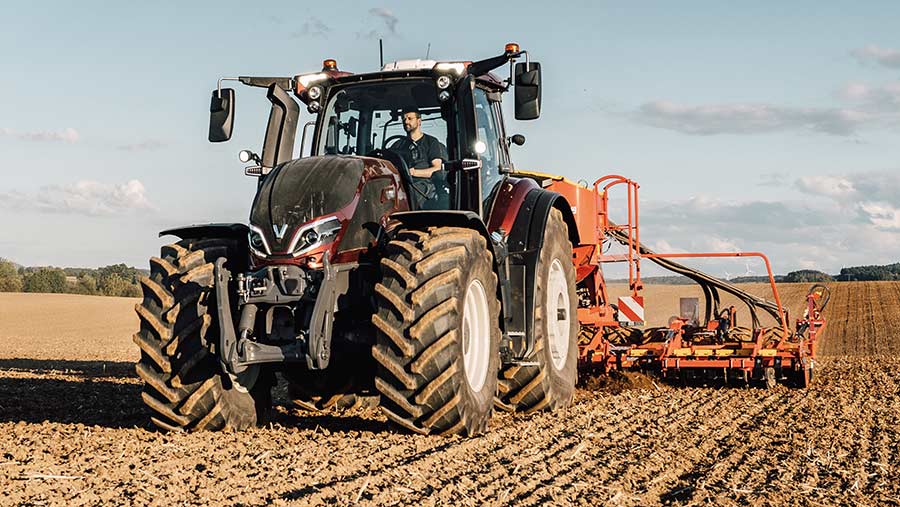 Valtra has shoehorned a new tractor range, the Q-series, between its existing T and S models, in a move that sees its own Direct CVT gearbox ditched in favour of one from stablemate Fendt.

The quintet of Qs spans 230hp to 305hp and, as well as the ML270 Vario transmission that is now branded an “Agco CVT”, they share their powertrain with the latest Massey Ferguson 8S range – making the two almost identical under the skin.

They enter a hotly contested sector, with demand for tractors around 250hp growing rapidly across Europe and all the main manufacturers keen for a piece of the action.

Fendt is the market leader, trailed closely by John Deere, but Massey, the CNH duo, Claas and Deutz-Fahr have all updated their offerings relatively recently.

The prospect of a Valtra Q-series was first mooted almost five years ago, so the gestation period has been unusually lengthy.

According to the Finns, the delay was caused by a sharp about-turn in their choice of gearbox.

Originally, the plan was to solely offer a powershifter, but demand for stepless drive on tractors above 200hp has surged – and it couldn’t be ignored.

That trend has also played out in the higher reaches of the T-series, where the Direct (Valtra’s own CVT) accounts for 70% of sales.

According to Alan Sanderson, Valtra’s UK sales manager, that meant it no longer made economical sense to offer a powershift transmission.

Instead, Fendt’s Vario has been employed for the job. Valtra says the motivating factor in opting for the two-range ML270 CVT was its ability to handle the 1,200Nm-plus torque output of the Q-series – something the firm’s smaller Direct transmissions currently can’t.

However, with Agco clearly looking to streamline R&D and production costs, one wonders whether it might be the beginning of the end for Valtra’s long-serving Direct.

The downside for some is that it will only be available with a top speed of 40 or 50kph, with the 60kph offering reserved for Fendt machines.

There is no change to the 7.4-litre Agco Power engine, which offers a larger displacement than much of the competition – something Valtra claims is to the benefit of reliability and fuel efficiency.

Maximum power, which crescendos at 305hp on the biggest model, comes at a relatively modest 1,850rpm and peak torque is dished out through a 1,000-1,500rpm band. 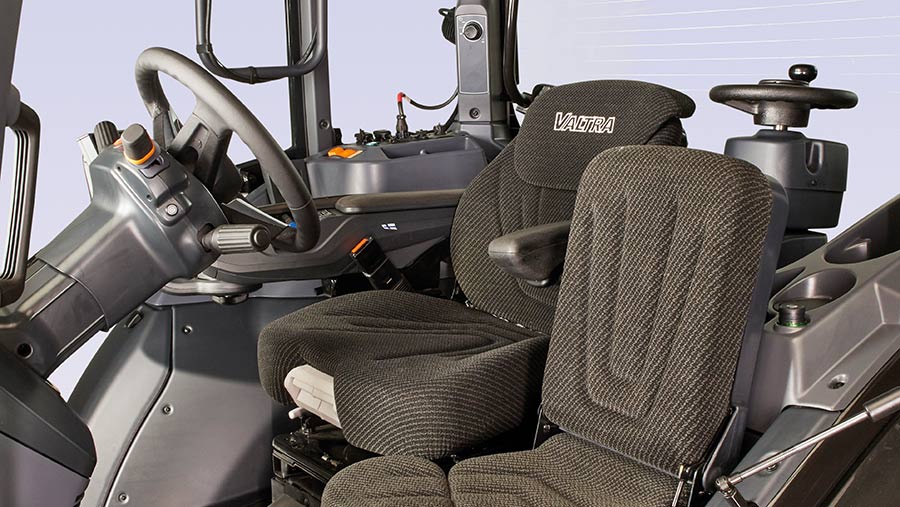 Little has changed in the cab, which is identical to the T-series. It was recently subjected to an update that saw the standard dash binnacles replaced by a fancier A-pillar display, the lighting improved and the controls fine-tuned.

Twintrac reverse drive is still available (differentiating it from MF and Fendt), as is Valtra’s Connect Telematics, Auto U-Pilot and SmartTurn headland system. 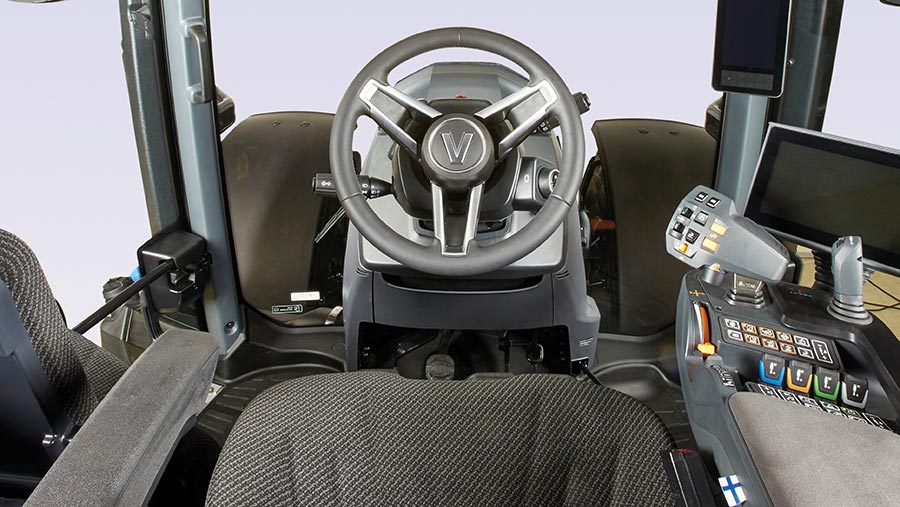 There is also a ruck of options offered through the firm’s Unlimited customisation studio. As well as the usual cab upgrades and paint colour options, buyers can opt for automatic beacons that turn on at 25kph, and a central lubrication system that services the main pins on the axles and three-point linkage without any operator input.

When it is available?

Full-scale production is set to kick off this autumn and the first tractors will be delivered in October.

The flagship Q305 will land first, and is scheduled to set out on its customary UK tour soon.

Forming the other side of the Q sandwich is the firm’s apex predator, the S. The company says it has had reasonable success with the biggest model – the S394 – that, at 400hp, offers the best pounds-per-horsepower value in the range.

However, there are five models below it. They weigh 12t – 2t more than the Q in its working clothes – and are far less versatile, so it’s likely that at least one of them will get the chop.

The smallest, the S274, clashes particularly badly with the top of the Q range and looks prime for culling.