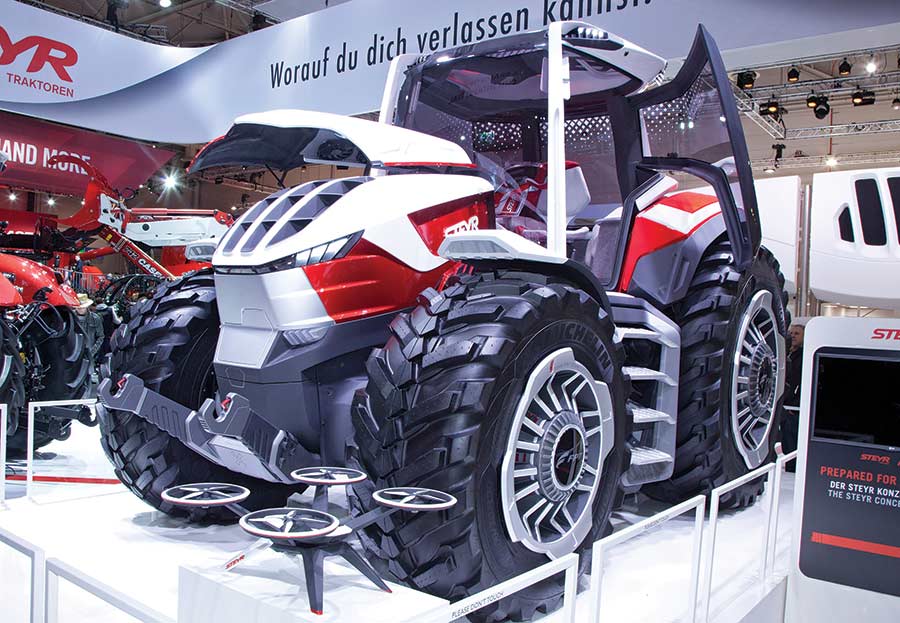 Steyr is no stranger to out-of-the-ordinary tractor launches, and the Austrian firm maintained its reputation with a wacky diesel-electric hybrid concept unveiled at the show.

Having made headlines a decade ago with a methane-powered tractor that has since been taken on by sister CNH brand, New Holland, the company is now focusing its efforts on a different source of power.

See also: Is a future of methane-powered tractors viable?

The Konzept carries a regular 4.5-litre FPT engine, which runs an electric generator. This avoids the need for a traditional gearbox – instead, power is transferred via individual motors on each of the four wheels and a fifth electric motor powers the pto and a hydraulic pump.

There should be enough battery capacity to drive fossil-fuel-free for an hour.

Constant power output is 204hp, but it can boost to 340hp by combining the diesel engine and battery pack when peak power is needed.

Peculiarities include four-wheel steering – the rear wheels turn by 15deg – and a futuristic cab design. However, there are no plans to take it any further.