Valtra has finalised the design of its head-up display and reckons it should be available to order on N and T models through its tractor-tailoring Unlimited studio by the end of next year.

This means it works differently to automotive versions, which are typically projected onto the windscreen. 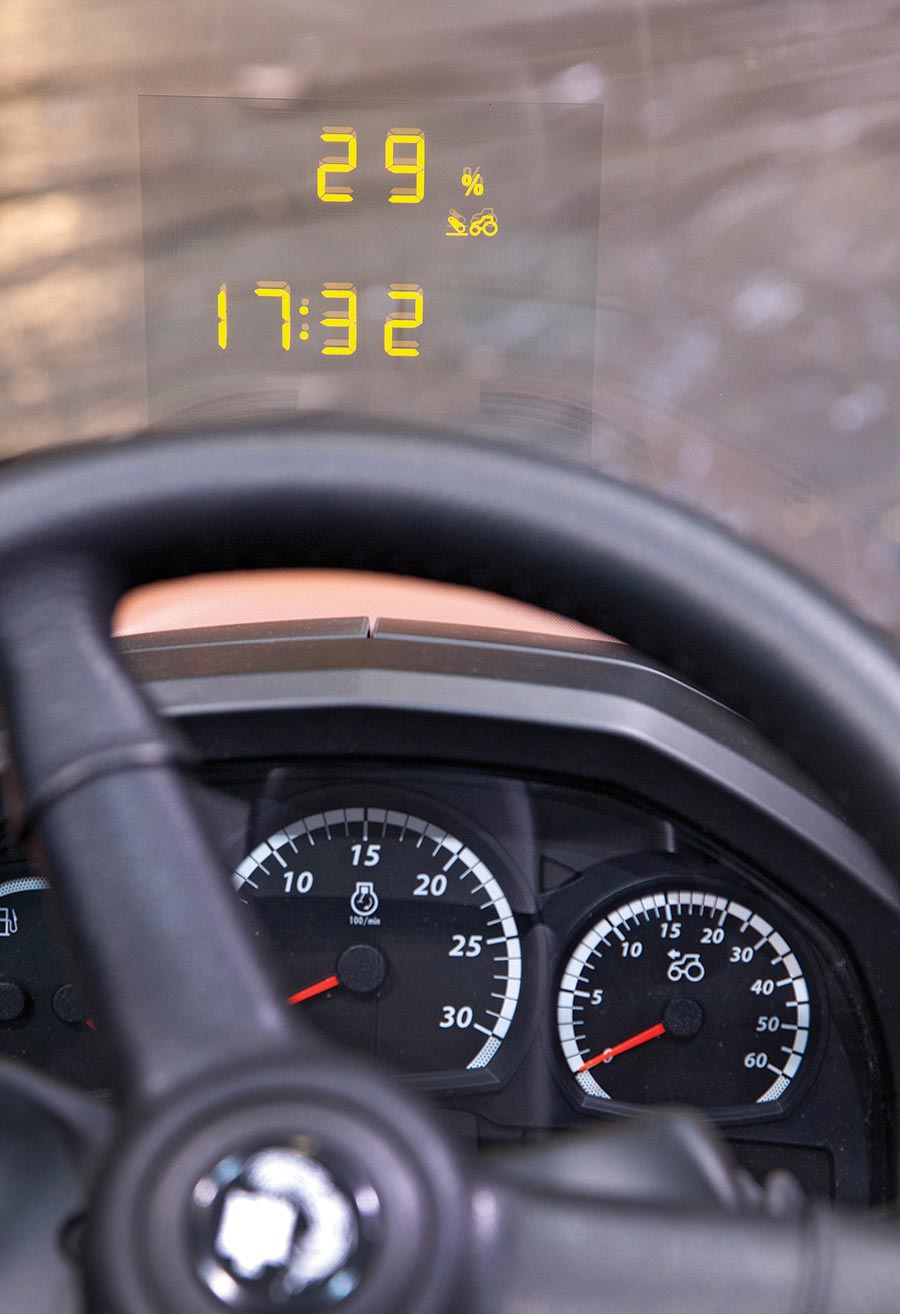 Neatly, the two-deck layout can be configured to display various details, which are selected through the normal cab touchscreen.

For many operators, the most useful will be stats relating to road and loader work, and Valtra has worked closely with Quicke to integrate its Q-Companion system so that load weights, tipping angles and the like appear right under the driver’s nose.

A batch of Smartglass-fitted tractors will be sent to customers for pre-production testing in the next few months, including five that are earmarked for the UK.

Expect it to cost thousands, rather than hundreds of pounds, though.