New Chinese-Italian tractor manufacturer Lovol Arbos has held a full-line product launch in Italy, revealing more about its products and its plans for sales beyond its home markets.

The manufacturer shook the machinery world two years ago by announcing its intention to combine an Italian brand and design/assembly know-how with Chinese-built components.

Testing of 110-136hp 5100 series tractor prototypes is in its final phase, and press plus potential dealers, importers and customers were last week able to operate these in the field.

Chinese parent firm Lovol’s recent acquisition of Italian compact/speciality tractor maker Goldoni has added 38-75hp models to the Arbos range and meant 5100 series Arbos tractors for Europe will now be made at the former Goldoni factory. 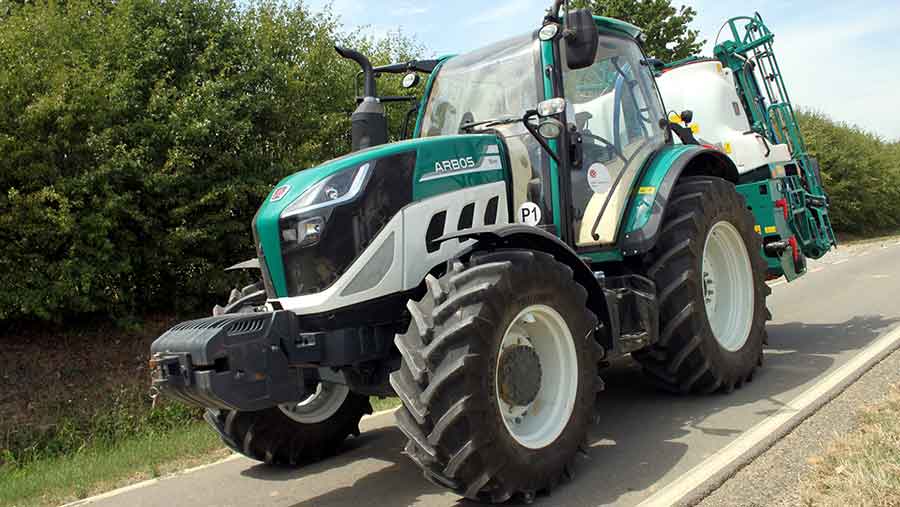 Full production is expected to begin in January 2018; 5100 series tractors for Chinese market sale have been produced in China since June 2016. Meanwhile, 140-200hp and 220-260hp ranges remain under development.

“Our aim is the middle of the market, at prices approximately 10% less than the established ‘premium’ makes,” explains Massimo Zubelli, Lovol Arbos sales and marketing director.

“We believe there’s a place in both western and eastern Europe for tractors which are modern in quality and design yet relatively simple. That means, for example, we’re focusing on conventional semi-powershift transmissions, and won’t offer full powershift or CVT.  But we will have precision systems for those seeking them, having partnered with TopCon.”

Lovol Arbos says it will be at either or both of Lamma and Cereals events next year, and plans shortly to set up a UK subsidiary to appoint dealers, rather than seek an importer.

Through Matermacc it already has a sales manager resident in the UK managing precision drill sales.