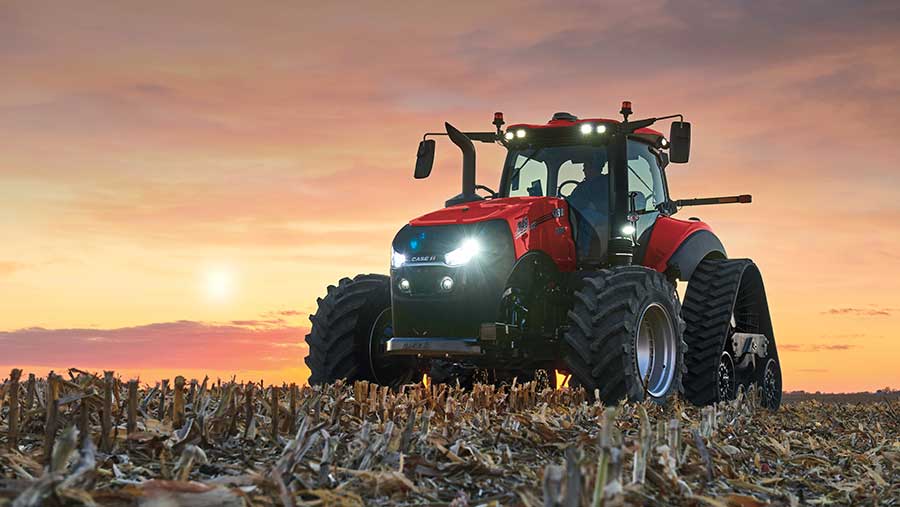 Pictures leaked online ahead of the World Ag Expo in California and the National Farm Machinery Show in Louisville, Kentucky, had tractor nuts frantically searching for more details on what looked to be a new Case-IH Magnum.

However, under the redesigned bonnet, which we are told uses the front grille from Case’s autonomous tractor of 2016, there has been no change to the 6.7-litre or 8.7-litre FPT engines. Similarly, the existing CVX and powershift transmission options remain unaltered across the nine models.

Instead, Case has gone big on new technology, which has been integrated into a new cab. 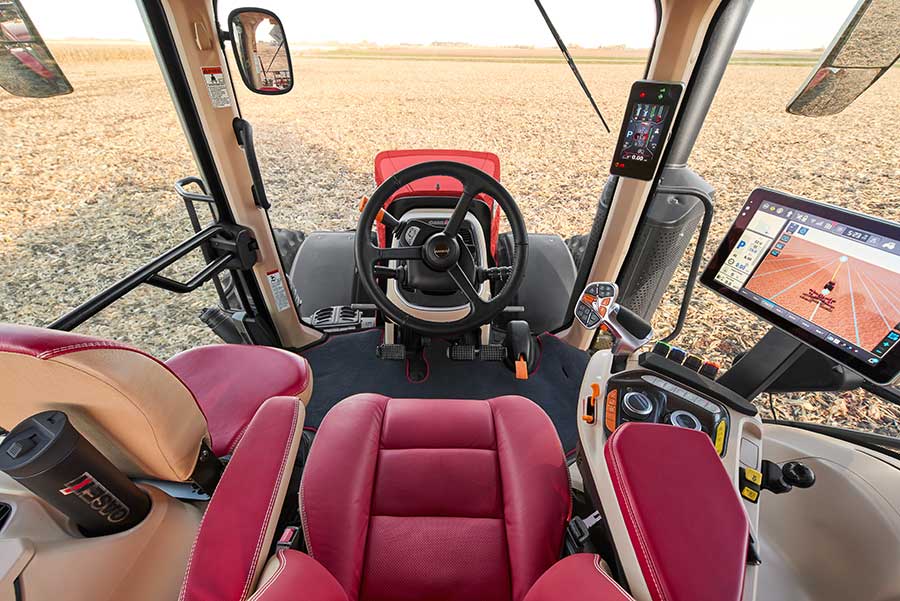 The new tractor is known as the AFS (Advanced Farming System) Connect Magnum and it comes with a redesigned cab with four pillars instead of the previous five, and a new armrest with a 12in Pro 1200 screen as standard. This replaces the Pro 700 on previous Magnums.

The new touchscreen is tablet-like to operate and requires users to go only three menu layers deep, avoiding a complicated multi-level matrix of settings.

A new A-pillar display now has more information in a logical colour layout for all temperatures and levels, along with pre-set speeds and warnings.

Case says it was important not to alienate current users but also to add enough technology for the younger generation to play with. For instance, phone calls can now be answered via the touchscreen.

The screen can also display the four camera inputs on the tractor, one of which is in the front grille, as well as tyre pressure monitors. The seat swivels through 40deg, which nearly doubles the outgoing tractor.

Adding to the in-cab tech, the AFS Vector Pro receiver has been integrated into the cab’s roof and allows dealers to remotely connect with the tractor to diagnose problems before they come out to the field.

Dealers can also provide software updates wirelessly, minimising lengthy service times with laptops plugged in. The new Magnum is being rolled out across North America now and it is likely Europe will see it at the beginning of 2020. 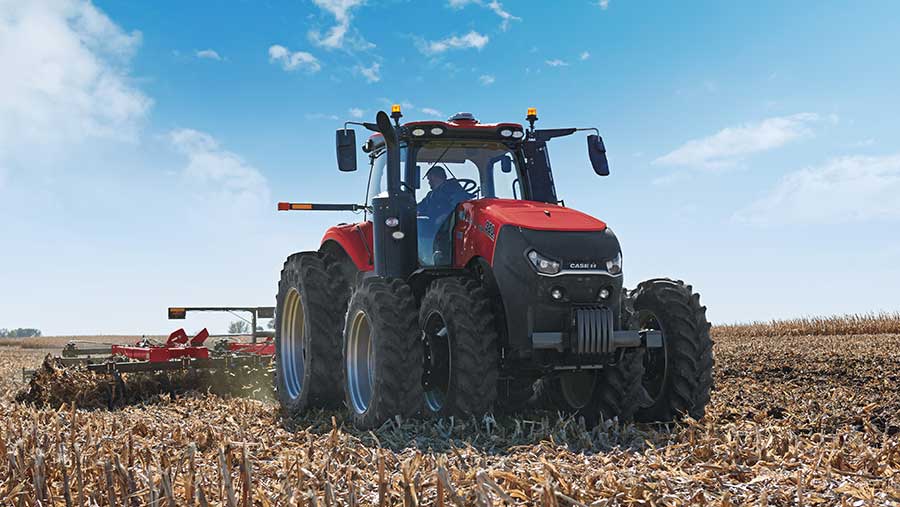