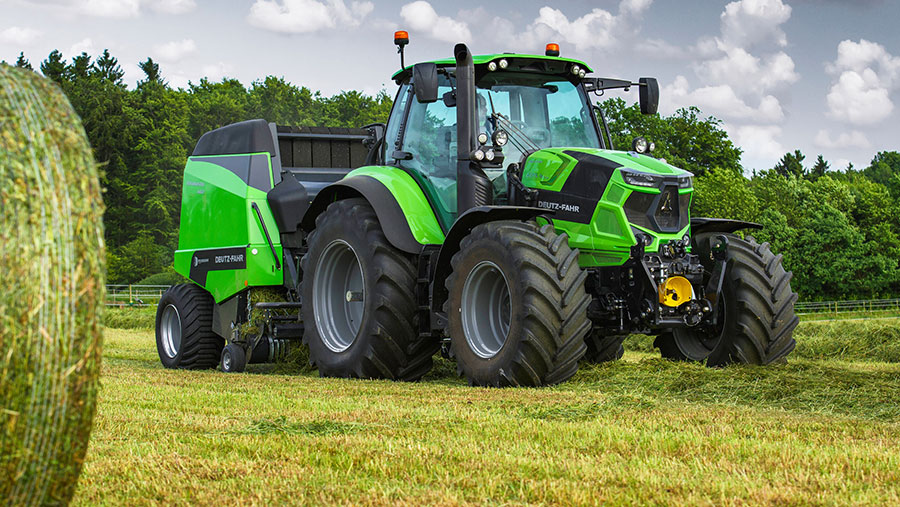 German manufacturer Deutz-Fahr is adding three, four-cylinder models to slot in alongside its existing machines. The new tractors have a 4.1-litre Deutz engine and kick out 156hp, 164hp and the range topper, 171hp.

There are three transmission options, the five-speed powershift, a new fully automatic RCshift box with creeper gears and the TTV transmission, which offers continuous power from 0-50km/hour, with engine revs reduced at top speed to save fuel, the company says.

All engines comply with stage IV emissions and have compact cooling system while the TTV spec models get an electric Visco fan.

Hydraulic systems have been stolen from the six-cylinder models with pump sizes ranging from 84-170 litre/min.

Also new with the TTV models is a position controlled front linkage, with four hydraulic valves and Isobus functions. The three models have the maxi-vision cab with an Infocentre housed on a new armrest.

The three models have the maxi-vision cab with an Infocentre housed on a new armrest.