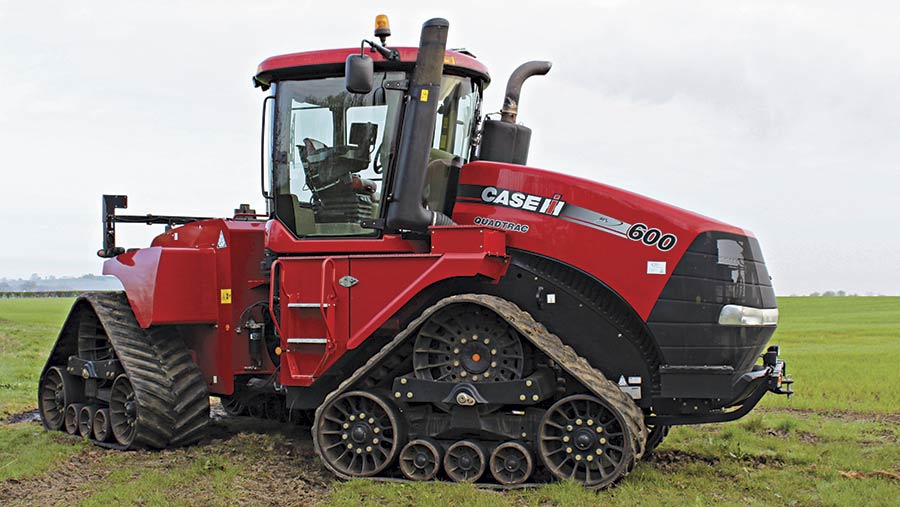 This is far from a direct comparison, but gives each driver’s opinion of his tractor. 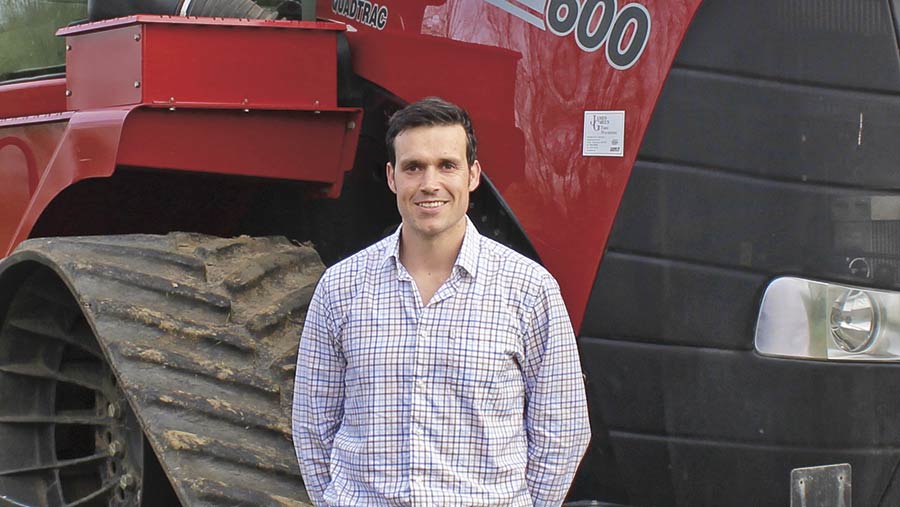 We have been long-term Quadtrac operators and had our first machine in 2002, which was an STX 450. That was shortly followed by a 480, which was imported from the USA.

The 600 tends to get used as the main cultivation tractor and spends most of its time hooked to a 5.5m Sumo Trio.

The 535 is the primary drilling tractor and pulls one of our two 8m Vaderstad Rapids, which we sometimes run with a Cultivation Solutions Rapid Lift on the front.

The 530, meanwhile, acts as our secondary cultivations tractor and switches between the 5.5m Sumo Trio, the 7m Vaderstad Topdown and the 8m Rexius Twin.

Although they all have a main role, we do switch them around from time to time.

Why did you buy a Case Quadtrac?

When we bought the 600 back in 2012 it was the only four-track crawler on the market, so it was a fairly straightforward decision.

But when the time came to replace one of the machines this year, there were a couple of other options on the table.

We liked the look of John Deere’s 9RX so we got a 9620RX on demo as well and a Quadtrac 620. Unfortunately we didn’t manage to get them on the farm at the same time, but they were only a couple of weeks apart.

To be honest there really wasn’t much to pick between them. They both pulled like a train, gripped well and were noticeably quieter and smoother to drive than our current Quadtracs.

There were a couple of things that gave the Quadtrac the edge, though. Firstly, the John Deere was limited to 30kph on the road, whereas the Quadtrac goes about 40kph.

The Deere was also slightly too tall to fit under a railway bridge that is on one of our main rat runs. Interestingly the Quadtrac and our New Holland CR9090 combine just scrape under.

On top of that, the Quadtrac came in cheaper and we have had such good service from Case-IH and our dealer, James Green, over the years that it was a fairly easy decision.

Also, the fact that we have got two other Quadtracs on the fleet means we can swap tracks and running gear around if we need to.

When we started looking at which model was best to trade in we quickly realised it would be the 600. Firstly, the cost to change the 530 was far too high and we have got a bit of a soft spot for the 535. That’s because it has been the most reliable tractor we have had.

But even though we have traded in our newest and lowest-houred machine, the price to change is still a scary £200,000.

The 600 has been a good tractor and it goes significantly better than the two older Quadtracs running the Cummins engine.

It’s also got a significantly smoother gear change, particularly compared with the 530, which bangs in so loud that people sometimes think there is something wrong with it.

From a driver’s point of view it is also much quieter in the cab and the controls are that bit slicker and sophisticated.

It hasn’t all been plain sailing though. One of the messiest breakdowns was when a seal went on the hydraulic fan and sprayed oil all over the engine bay. We also had a driveline seal go, which meant one of the track units had to be pulled off to fix it.

One of the most recent problems was when the in-cab screen failed. This had to be replaced, which was considerably more expensive than I had thought.

Luckily none of these were big enough problems to stop us for long and our dealer has always been great at keeping us going.

When we got the 620 on test we noticed another big leap in performance and comfort and it pulled our 5.5m Sumo considerably easier than the 600 does.

With both the new 620, which is due to arrive in the next couple of weeks, and the 600 we kept things simple and only went for a drawbar tractor.

That is largely due to the fact that we don’t need a linkage and pto very often, but mainly because at about £20,000 it’s an expensive luxury. 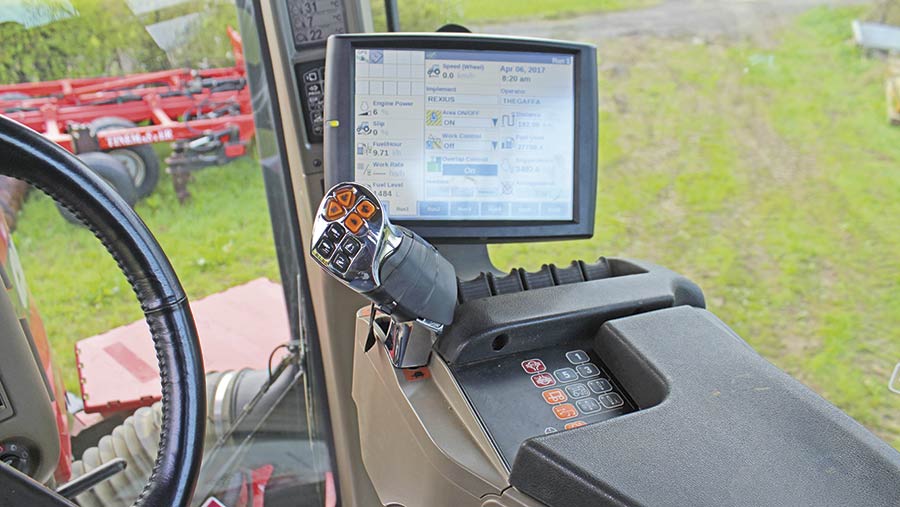 The best thing about four-track crawlers in general is that there is nothing to rival them in terms of traction and spreading of weight.

Unlike twin-track crawlers you’ve got four points of contact with the ground and there is a front and rear diff-lock if conditions really get tough. They also don’t scuff on the headlands.

But there are a couple of things that make the Quadtrac stand out over its rivals.

Firstly, Case has been building these things for years and has had time to iron out any problems and fine-tune them. Also, they have a fast top speed on the road and well thought-out controls in the cab.

We do have one particular bugbear with the Quadtrac, though, which is with the hydraulic pipes to the track tensioning rams.

These are kept at a constant pressure to hold the tension in the tracks, but when the pipe fails, which happens at least once a year between the three machines, it dumps 200 litres of very expensive hydraulic oil onto the ground.

I’m not yet sure how long we will keep the 620, but we will take a view on what to do with it in about five years time.

However, we do try and keep one frontline tractor fairly new and on low-ish hours. The idea being that hopefully it will cost us less in repairs and also not be such a huge jump when we come to upgrade.