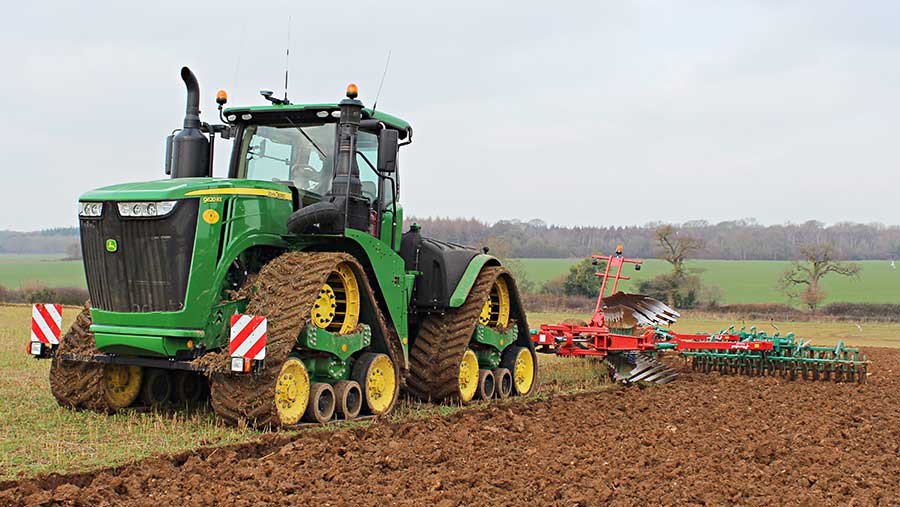 This is far from a direct comparison, but gives each operator’s opinion of his tractor.

Peter Snell farms 1,100ha of arable, including 80ha of herbage seed and a small area of thatching straw with the help of assistant manager Neil Leonard. 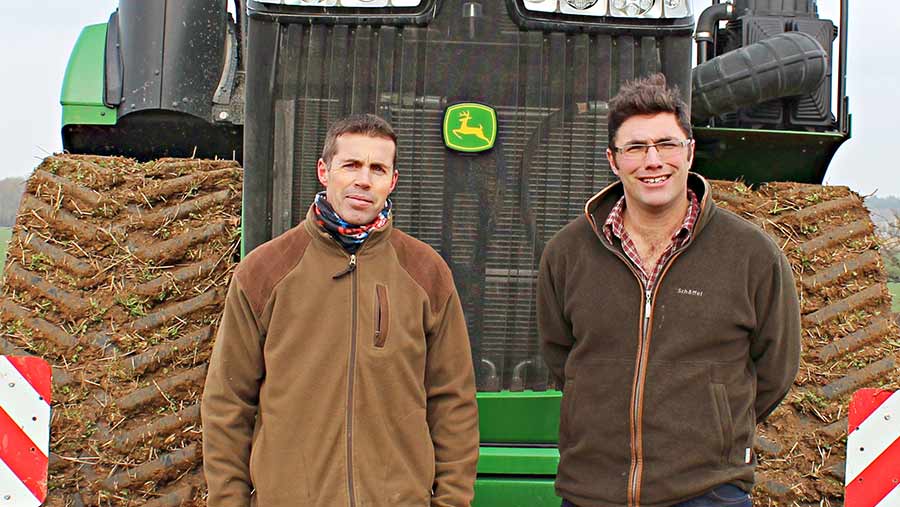 It was a bit underpowered when pulling our 10m Vaderstad Rexius Twin so we had it chipped to 500hp, which made a massive difference.

After it had done about 6,000 hours it started to develop a few electrical gremlins and the tracks were starting to get a little long in the tooth.

We were also doing an increasing number of road miles, which the tractor’s 18kph top speed and bone-shaking ride were making a tad tedious.

Those were the main reasons we started to look for a replacement, but the business is also growing rapidly and we wanted to invest in a machine that would give us at least five years of reliable service.

We looked at a couple of different options before we eventually settled on the Deere.

The first was a Quadtrac 620 that we had on demo. It was a good machine and offered great visibility of the linkage, but we felt the interior build quality wasn’t quite as good as the 9RX and it wasn’t as easy to get in and out of.

The second option was a Challenger 875E, which we had a certain fondness for. It pulled brilliantly in a straight line, but just like our old Challenger it scuffed a little on the headlands and wasn’t as slick as the four-track machines on the road.

The Deere was the only tractor we didn’t get on demo, but we saw it at one of Deere’s autumn roadshows and instantly liked it.

However, our final decision came down to the deal we were offered. John Deere gave us a price of about £270,000 for a brand new machine, including a five-year warranty and service package.

The Quadtrac was considerably more money and Challenger was coming in at a similar price for an ex-demonstrator with 700 hours on the clock. The fact we liked the John Deere best anyway made it an easy decision.

It’s still very early days as we have only done 600 hours with it, but we have been fairly impressed so far.

Most of its workload has been split between pulling a 10m Vaderstad Rexius Twin, a 8.7m Vaderstad Swift with 9m Rolex rolls on the back, and our new 12-furrow Kverneland PB plough with furrow press.

It’s had plenty of power to handle all of these jobs and we have been pleased with the amount of grip it’s got. However, we have managed to get it to labour a little when working on some of our heaviest clays.

This spring the tractor has spent a large chunk of its time on the new plough. It is the first time we have had one with more than eight furrows, so it has taken a bit of getting used to.

According to the tractor’s computer we have had barely any wheel slip and it was only when we were working on some frosted ground that started to lift that it crept up about 1 or 2%.

Generally, we’ve been pulling the plough at 9kph and diesel consumption is between 50 and 60 litres/hr. The 83-litre Adblue tank also needs filling up every time you refill with diesel.

We opted for a few extras including a rear linkage and quick hitch, but decided against a pto. Our spec also included LED lights, a 435-litre/min hydraulic pump, five SCVs and a heavy-duty gudgeon bearing on the pivot point.

At the time we bought the tractor, Deere also only offered a Cat 4 N (narrow) quick hitch, which meant Kverneland had to manufacture us a custom cross shaft for the plough.

We also had, and continue to have, a problem with the jaws on the quick hitch frame allowing the plough to jump out when turning over.

According to John Deere it isn’t designed to take upward forces, so we are still waiting for them to come up with a solution. 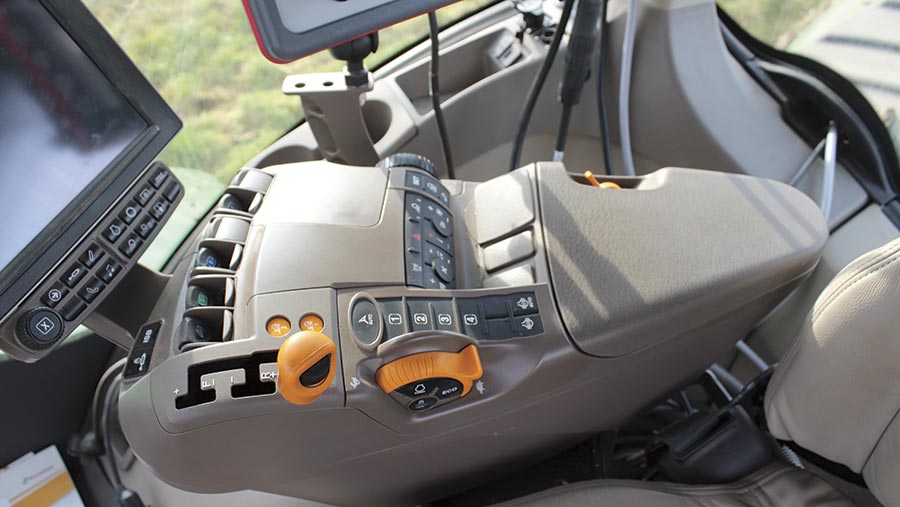 The cab is a cut above the other machines on the market and we have been impressed with the Command Centre screen. The seat is also particularly comfortable and swings round enough for you to see the plough without cricking your neck.

The only grumble we have had so far with it in the field is with the auto diff lock release on the headland. It seems to jump out quite late and with a real clunk, as if it could be doing some damage inside.

Also, we were expecting the tractor to be a 40kph model, but apparently due to EU bystander rules it is too noisy at this speed. Therefore, our dealer was forced to electronically limit it to 30kph, which has made switching fields a bit more tedious than we had hoped.

The fact that it’s got particularly tall tracks means it’s nice and smooth both on and off the road, though, and it seems to glide over any bumps.

Our final minor complaint is the fact there is no fender switch to control an allocated spool valve. Because most implements suited to this tractor are drawbar pulled – and generally you raise or lower their drawbar by using a hydraulic ram on the implement – this would save a lot of jumping in and out of the cab.

We’ve got a five-year warranty and maintenance package so it will stay with us for at least that long, unless John Deere gives us a very attractive offer to switch earlier.

How it performs over that time and the trade in value will determine what we do after that.

Over that time, we’re also planning to upgrade a few of our implements to make the most of its power.

First on the list is a replacement for our Simba Solo and at the moment we are considering a Great Plains SLD or SL7, or a Vaderstad Topdown.

We are also eyeing up a 12m Lemken Heliodor and a 12m drill.