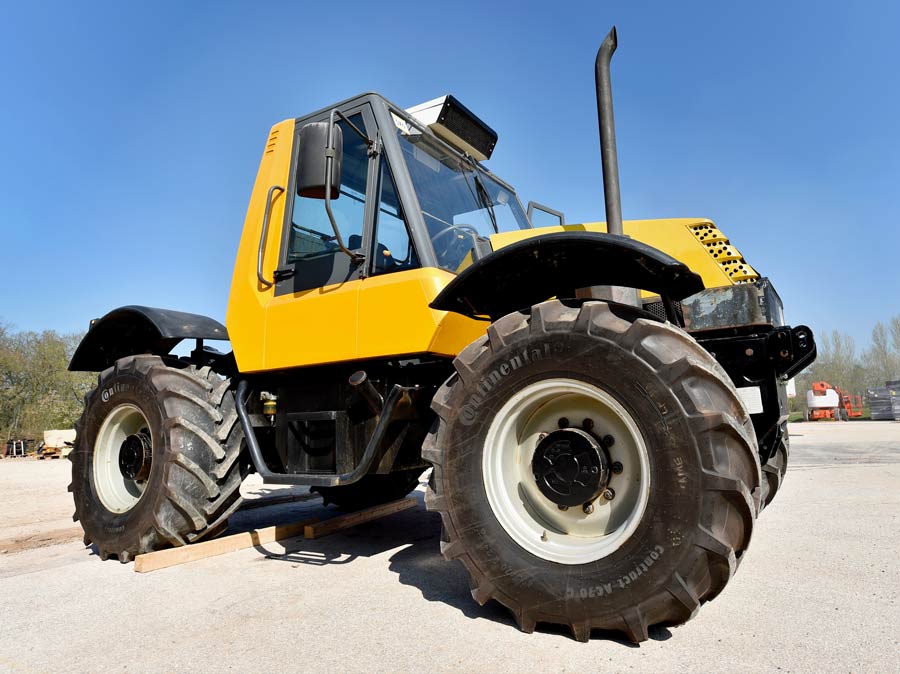 An early version of JCB’s Fastrac tractor has been snapped up at auction for £15,000 by a Northern Irish enthusiast.

The fifth prototype of the iconic Fastrac was sold to Johnny Hamill, who plans to give it a refurbishment alongside a 145-80 he recently purchased.

He made the trip over in person to seal the winning bid at one of JCB’s regular plant auctions.

The Fastrac P5 was built in the late 1980s before production of the first tractors started in 1991.

JCB has stuck with the framework laid out in those early designs, including space behind the cab for demountable equipment and a faster road speed thanks to truck-spec air brakes.