Electric tractors may be coming to UK farms at least 10 years sooner than anticipated, according to the NFU.

The research was published as John Deere unveiled its Sustainable Energy Supply for Agricultural Machinery tractor at the SIMA farm machinery show in Paris this week. 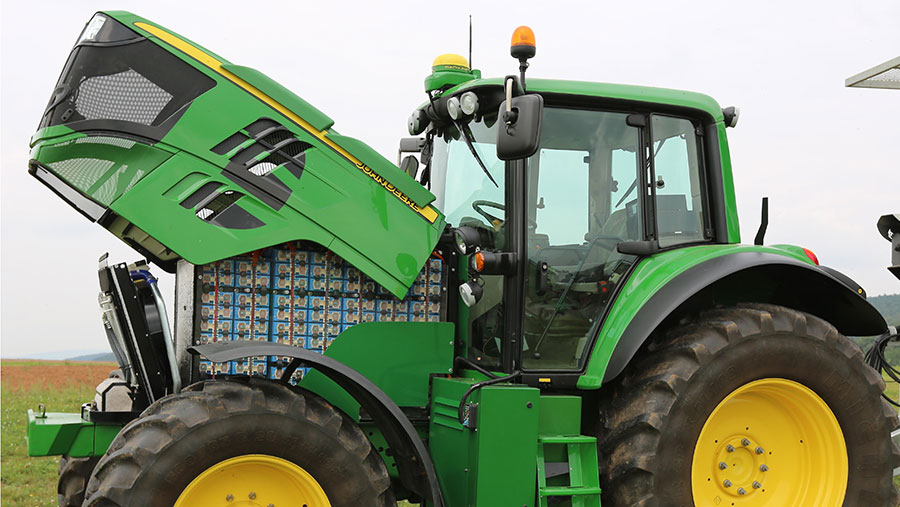 The Deere tractor, based on the company’s 6R Series tractor chassis, incorporates a 130-150kW-hour battery, which can deliver 174hp of continuous power and run for four hours on a three-hour battery charge.

The NFU anticipates that diesel-electric hybrid and battery-electric tractors will be widely available from 2020 onwards.

The paper says biobased low-carbon fuelling of agricultural vehicles “may remain more of a niche opportunity”.

However, autonomous aerial and ground vehicles are expected to make “a growing contribution to farm management”. 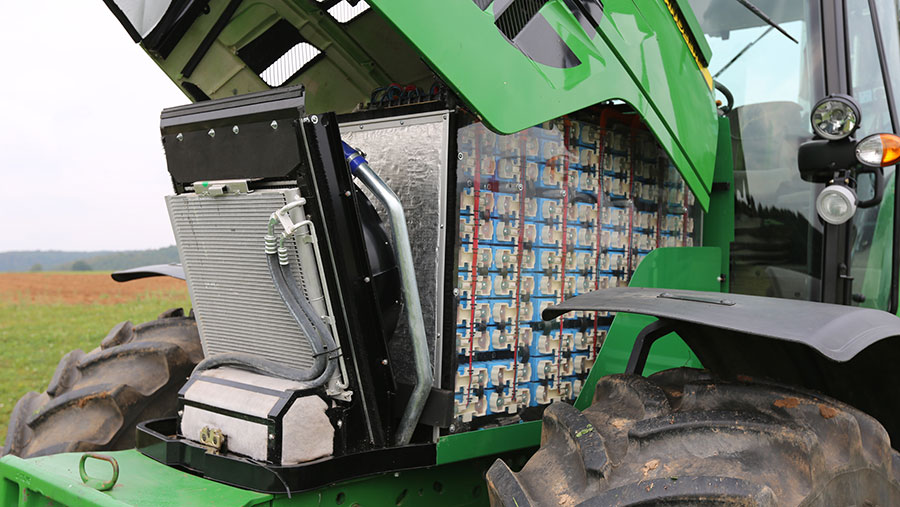 See also: Watch the video of the 2016 Farmers Apprentices testing their driving abilities with a state-of-the-art New Holland tractor

“This may no longer be science fiction, but instead the technology of the near future.”

The benefits of electric tractors over diesel-powered tractors include reduced running costs, fewer emissions and possibly less maintenance, as well as the considerable safety aspects of switching from mechanical pto to electrical interfaces.