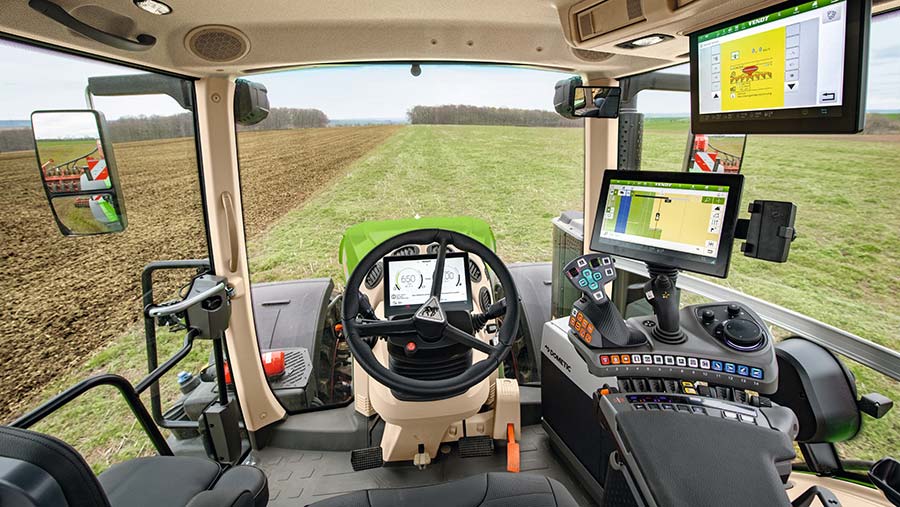 Fendt has added its One cab furniture to the 500, 900 and monster 1000 wheeled tractors, leaving the 800-series as the only range, outside of the tracklayers, not to benefit from the fancy tech.

Since it was launched at Agritechnica 2019, more than 5,000 tractors have left the factory with the Fendt One control concept – first on the 300 and 700 ranges, followed by the 200 models last autumn.

The flashy interior upgrade is the biggest cab change for Fendt’s tractors in the best part of a decade. Gone is the conventional dashboard, replaced by a 10in digital unit, while the armrest has a revised layout with reduced clutter and a shorter joystick. There is also the option of a third screen in the roof.

All 500 models will benefit from the interior, with the more basic Power-spec tractors running the single digital dashboard and doing away with a display on the armrest. This may appeal to users in what is a price-sensitive and hotly contested market.

The 900- and 1000-series units have gained a few performance upgrades that coincide with the introduction of the new cab interior, including a self-cleaning air filter that completes its 30sec cycle without the tractor having to come to a halt.

Just before a cycle begins, the engine fan speed increases, as this is where the dust and debris from the filter is deposited. 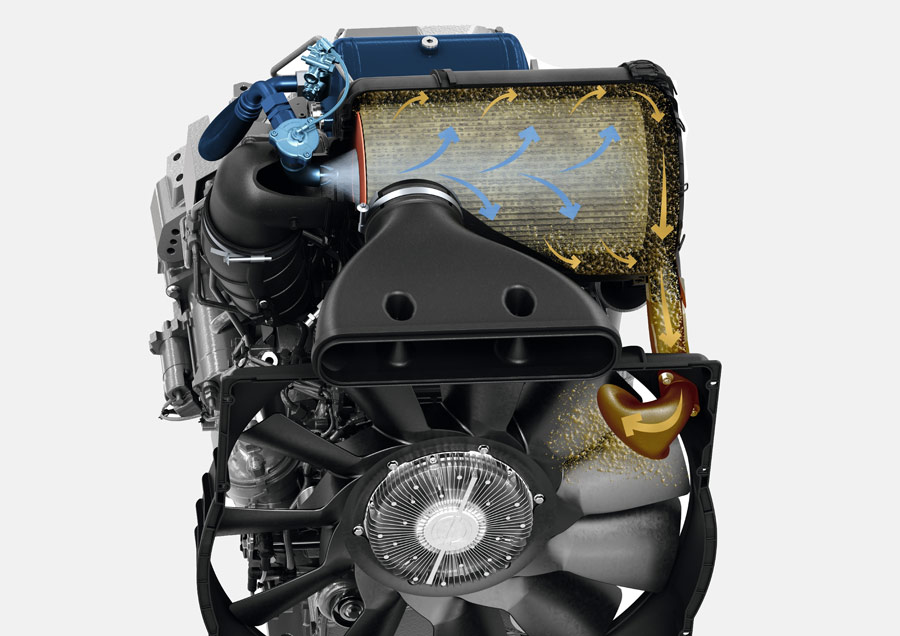 Airflow controlled by a pulse valve and a dedicated on-board 12-bar air compressor blows the filter out twice during a single cleaning cycle with a 10sec pre- and post-run.

It can be set to work in either auto or manual mode and the filter has a service life of about two years, but requires a specially developed filter cartridge, says Fendt.

Elsewhere, Power Plus and Profi Plus users can now opt for extra guidance features such as Contour Assistant, Fendt TI Auto and Headland services.

The latter allows the tractor to carry out turns without the operator needing to manually activate the process. Operators can also let the way-line generator decide the best route for field work, helping to minimise the number of turns, runs and overlaps.