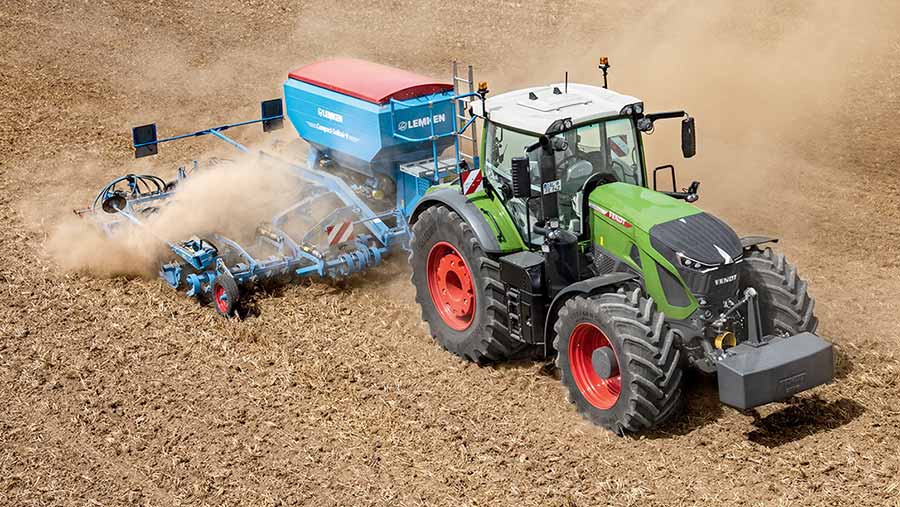 High-tech Fendt 942 Vario tops out a new 900 Vario series that tops out at 415hp from a 9.0-litre MAN engine © AGCO GMBH, Marktoberdorf

Fans of the “nature green” tractors from Bavaria will no doubt swarm like bees around a honeypot as the Fendt 924 Vario has its first Lamma outing.

It represents a new 900 Vario series that inevitably has climbed further up the power scale, topping out at 415hp through five models starting at 296hp, and all powered by 9.0-litre MAN rather than 7.8-litre Deutz engines.

The technology matches that pioneered on the bigger 1000 Vario tractors, including individual Vario drive motors for the front and rear axles so that torque can be dispersed appropriately.

Front drive remains active through headland to pull the tractor through headland and other tight curves, but positive four-wheel drive is provided by a clutch if too much disparity between front and rear end grip is detected.

Twin hydraulic pumps with separate circuits to suit different implements working in tandem is available as an option over a more traditional set-up and operator aids include the cab terminal’s grip assistant, which help determine optimum ballast and tyre pressures for the job in hand.

Also on show at Lamma is the new cab destined for the next-generation 700 Vario series, with its new armrest design, tablet-style instrument panel and up to two supplementary displays for implement control.