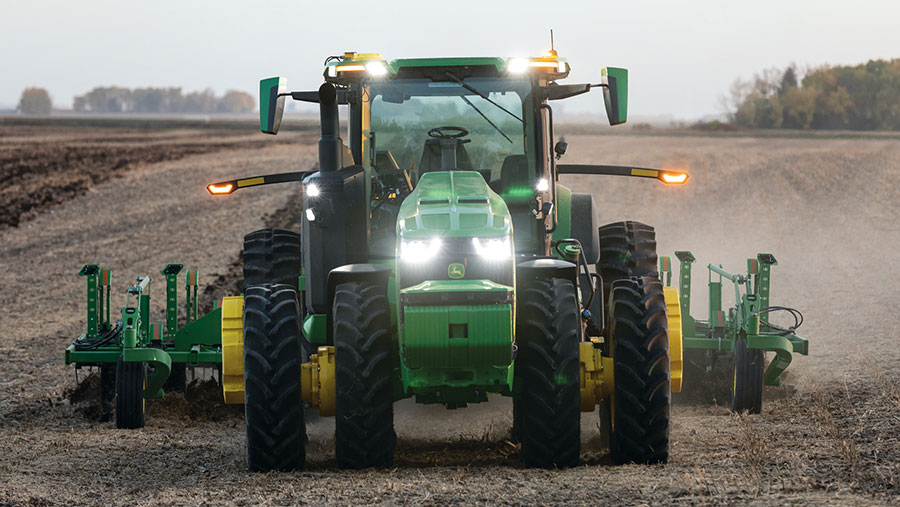 John Deere has announced that its fully autonomous tractor will go into large-scale production this year.

The driverless 8R is the first of its kind for the American manufacturer, and has been in a trial phase in the US for several years.

Working independently, the machine is intended to free up owners to carry out other tasks on the farm, with the ability to monitor and control the tractor from their smartphones.

This is achieved with the use of six pairs of stereo cameras, which allow the self-driving tractor to detect and calculate distances to obstacles from a 360deg view. 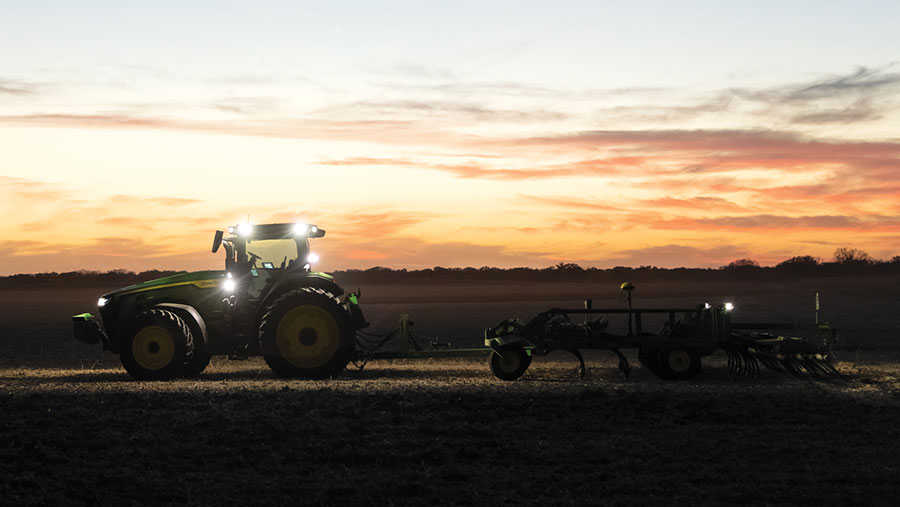 To determine whether it continues or stops for an obstacle, each image is passed through a neural network that processes individual pixels in about 100 milliseconds.

If a problem is detected, the tractor will stop and the owner will be notified via their mobile device.

Farmers will be able to view live images, video and data, as well as the in-field position of the tractor.

This concept, John Deere stresses, is not entirely new, but rather the natural progression from years of AutoTrac technology already installed in most of its modern tractors.

Production, and sales, are set to begin later in the year.