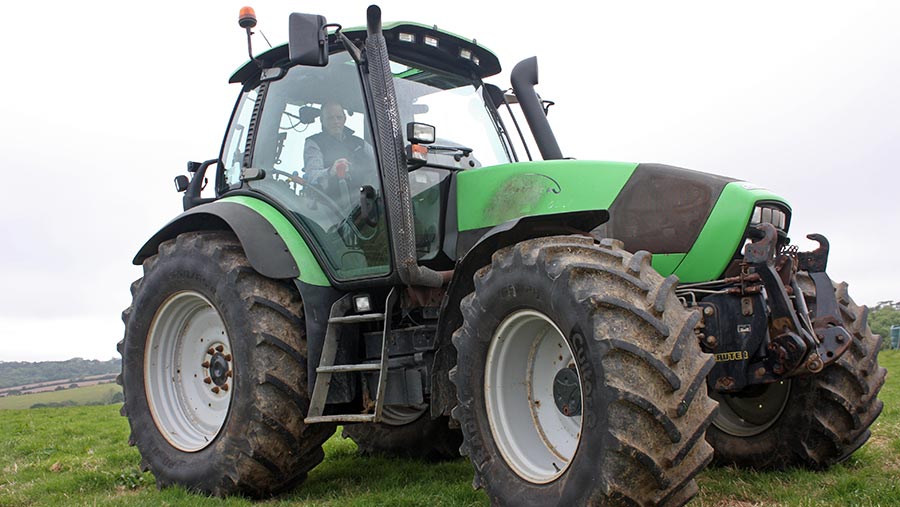 It arrived at Nansmerrow Farm, near Truro, in 2005 and, for a mid-noughties machine, was well equipped with a front linkage and pto, air suspension and air brakes.

Early on, it played a leading role in Mr George’s local contracting operation and was the prime mover for a number of years, with mowing, baling and ploughing all on the jobs list.

The contracting business ended in 2008, with the main enterprise now a 270-strong dairy herd that provides an annual 3.5 million litres of silky Cornish milk that goes to make clotted cream.

However, that hasn’t cut the Agrotron’s workload – it still tallies a healthy 1,000 hours a year and starts on the button every time.

The tractor was purchased brand new in 2005 from dealer Paul Jeffery as a replacement for a John Deere 6910.

Mr George wanted a bit more power to handle the yo-yo ground while running a set of triple mowers.

“I looked at a Fendt and was seriously tempted after having one on demo, but once I sat down and worked out the figures, I couldn’t justify the extra cost over the Deutz,” says Mr George.

“The Deutz had everything I needed on it and, for the £10,000 difference between the two makes, I bought a front mower and still had a couple of grand in my pocket.” 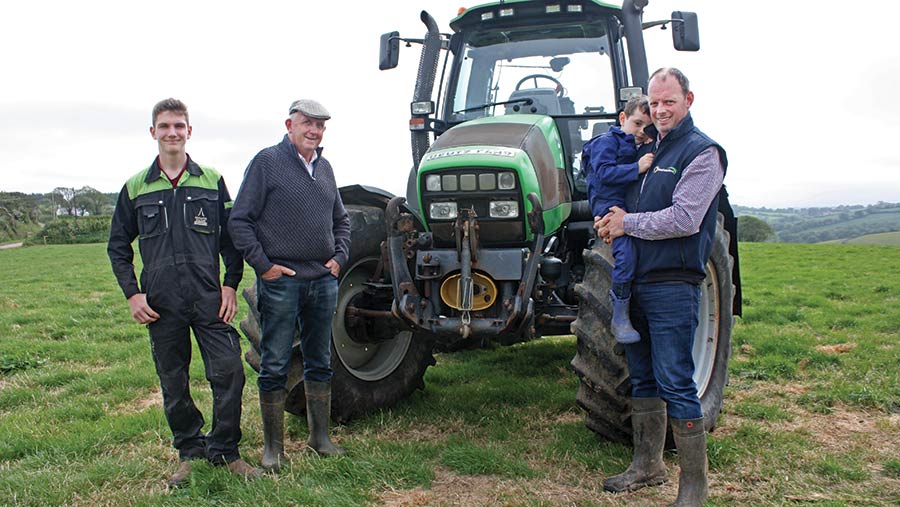 The early years were hard on the new arrival, running a set of Kuhn front and rear triple mowers and then a round baler.

The baler certainly took its toll on its drivetrain, particularly as there was no kicker on the rear of the implement.

This meant every bale needed to be turned in order to get it clear of the door, which involved lots of reversing and clutch use.

Given that it has clocked 21,000 hours since 2005, the Agrotron has spent surprisingly few days out of action.

“The powerpacks have been refurbished and the engine has overheated a couple of times because the fan belts had gone, but luckily there was no lasting damage, and on another occasion the thermostat was sticking,” he says.

“Wearing parts such as brakes have been replaced and it has had three sets of tyres.

“Major works have been limited to two clutches and a manifold gasket.”

The two clutches were mainly due to the round baler contracting work.

The first one packed up just outside of warranty at 2,000 hours, but the manufacturer helped with the cost, while the second one snuffed it at 10,000 hours.

Mr George stopped baling in 2008 so the clutch has lasted a lot longer since then.

“One thing that I would mention is that we plough some steep ground and it’s practically on its knees but still pulls.

The bottom-end torque of the engine is unbelievable and it’s fantastically stable on the slopes.”

The 14-year-old tractor is still an integral part of the fleet, running the JF Stoll feeder wagon for around five hours every day of the year.

There is only one other mainline tractor on the farm so, if that is tied up, the 165.7 is called into action on a regular basis. 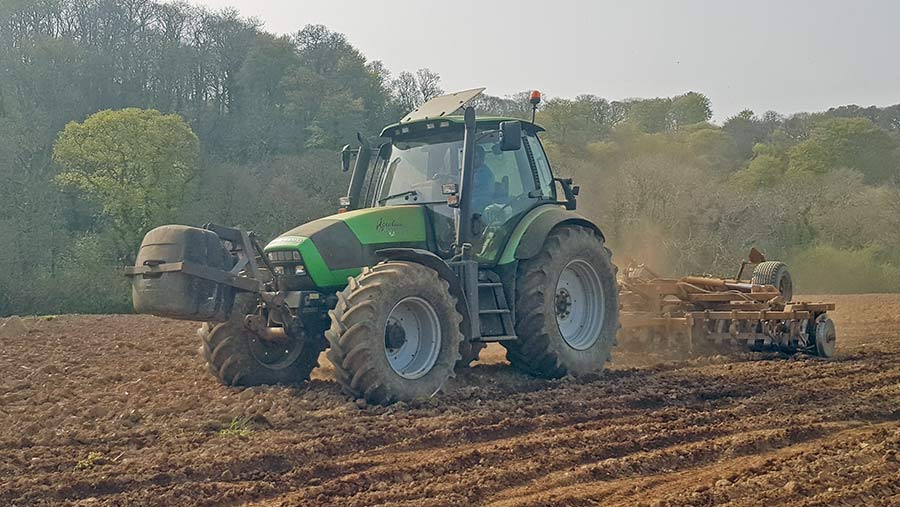 It still does the fertilising with a 3t KRM spinner and copes easily with the front and rear mowers.

“I have no plans to get rid of it, but if the tractor ever got to the stage it wasn’t able to do a full day’s work, it would probably move to retirement solely on the feeder wagon.

“I doubt I’ll ever sell it – at what point does a tractor become unviable?” questions Mr George.

It is fair to say that the farm is keen on Deutz tractors.

The first apple-green machine arrived on the farm in 1981 and, in 1998, an Agrotron 6.00s with a Quickie Q980 loader joined the fleet, which coincided with Mr George starting his contracting business.

The first Agrotron was so joined by an Agrotron 135 and was the farm’s first tractor with a 50k box, and it also had front axle and cab suspension.

The next tractor was the 165.7 that had a front linkage and pto along with air suspension and airbrakes.

In 2013, a Deutz 150.7 replaced the 135 as the main loader tractor and did a few years of hard labour before being upgraded last year for the current Deutz M640 Profiline with a MX T417 loader.

However, the farm hasn’t always been completely Deutz – a McCormick MC115 plus a Trima loader is currently employed and, at the start of the year, Paul bought his first handler, a Merlo P26.6, which he rates highly.

For a while, the farm was also running a 1989 Deutz Fahr DX 6.30 Commander, which spent its daily life on the Kuhn straw chopper and working the Claas twin rotor rake in the summer.