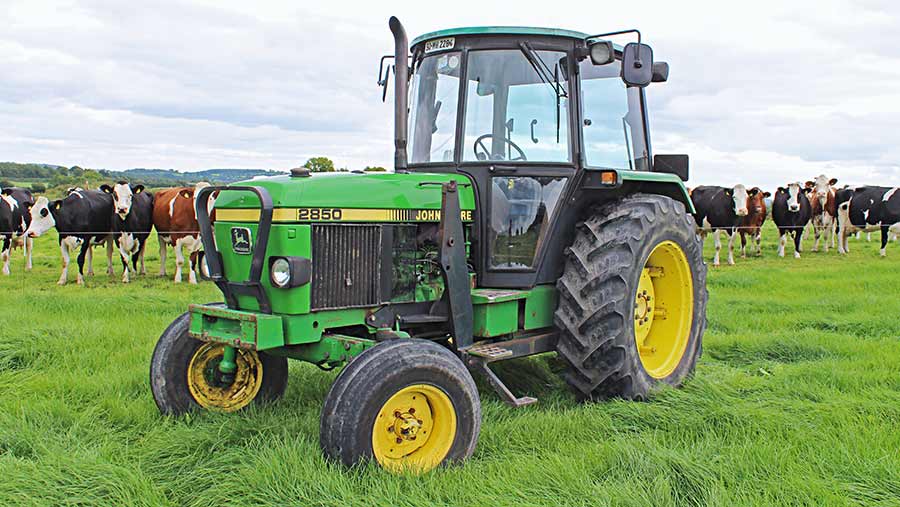 Try as we might to populate our high-hour tractor series with a range of makes and models, there’s one brand that keeps rearing its head – John Deere.

In part, this is down to the fact the maker has topped the UK sales charts as far back as we can remember, meaning there are plenty of them knocking around.

But it’s also helped by the fact that the tractors it built in the 80s and 90s were tough as old boots and comfortable enough for operators to spend some long days in the seat.

Hailing from the middle of that golden era is Thomas Browne’s two-wheel drive 2850, which has worked an impressive 21,253 hours since it arrived on his 62ha farm in Ballymanus, County Westmeath, in 1988. 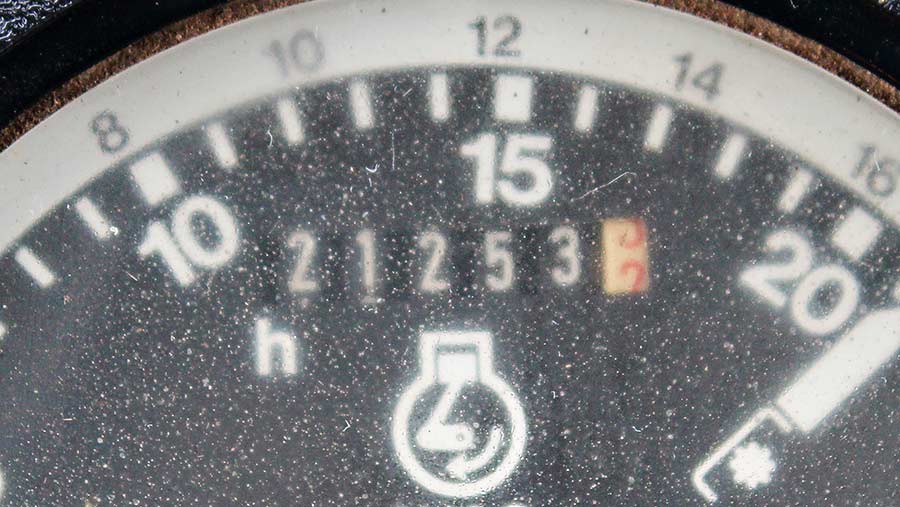 He bought it brand new from his local Deere dealer, Meath Farm Machinery, and it set him back £20,000 – a considerable sum for a tractor of that size at the time. However, it was still £4,000 less than the four-wheel drive version, which he fancied but couldn’t quite stretch to.

From the off, the 2850 was put to work on a Tarrup Double Chop forager, which was a big ask for its 86hp four-cylinder.

“Normally you’d want at least 100hp on one of those, but it was amazing how well it coped – even when the forager pulled the engine right down, it wouldn’t give up,” says Mr Browne.

As the farm’s front-line tractor, it also pulled a three-furrow conventional plough and a 10ft set of disc harrows, clocking up a regular 1,400 hours/year for its first five seasons. 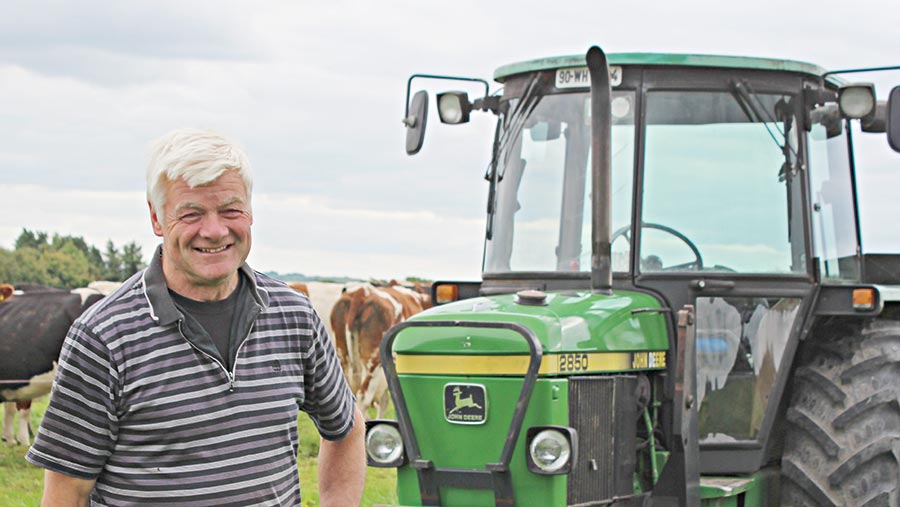 During this time, Mr Browne could barely find fault with it, but as he took on more contracting work, he decided to buy a new 6300 to run alongside it.

With a new four-wheel-drive machine on the farm, the 2850 was moved to haulage duties, where it still put in a decent amount of work.

“It turned out to be brilliant on the trailers and had a surprising amount of grip for a two-wheel-drive,” he says.

“That’s probably because the cab is right over the back wheels so there’s plenty of weight there to help with grip – you can actually feel the front wheels going light when you pull a heavy load.”

“I like to keep one fairly new tractor for my contacting work, but the 2850 is still my main farm tractor,” he says.

Now the 2850 clocks most of its hours with a Tanco 260 loader on the front, filling a Keenan 100 mixer wagon that feeds his 54 Montpeliarde cows and followers.

It also sows his 6ha of spring barley with a John Deere 8250 box drill that he bought for €800 and spent another €400 restoring.

“Some people might think I’m silly for having my own drill for that much ground, but it was so cheap and does such a good job that it makes sense,” he says. “I also get the satisfaction of working my own field.”

In total, the 2850’s annual workload is now about 400 hours and it gets a full service every 200 hours to keep it running sweet.

This includes changing the engine and back-end oils, as well as all the filters. It gets a thorough clean too, he says. “I can’t stand driving a dirty tractor – I’ve usually got a can of silicon spray handy to keep the cab looking fresh as well.”

Like a lot of 2850s, Mr Browne’s tractor comes with Deere’s rounded SG2 cab, with a single front door on the front corner.

It’s pretty quiet for a tractor of that age, but it isn’t that well suited to loader work as the access is awkward and it means the loader brackets have to be mounted too far forward. 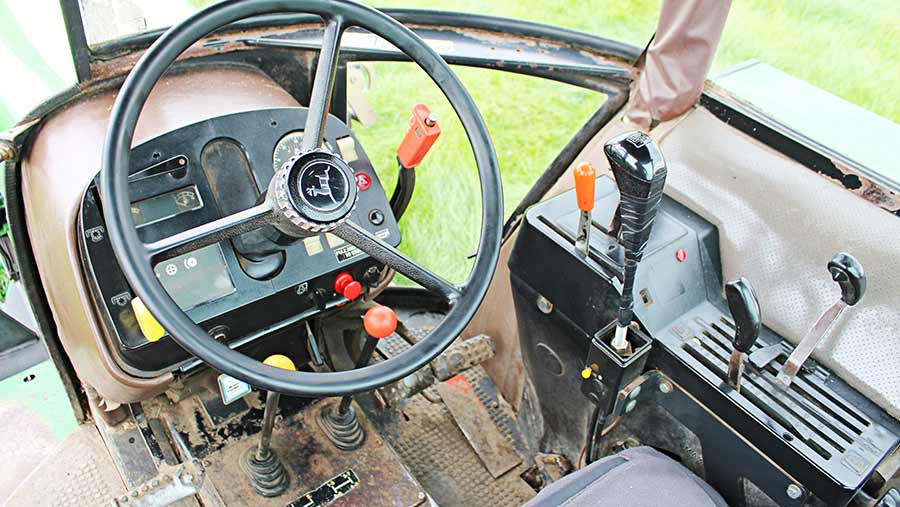 “It’s not perfect, but as I’ve got no plans to sell it, the obvious choice was to use it as a loader tractor,” he says.

The trim has also aged badly and some of the electrics are a bit flaky, particularly the fuse card that slots into the dash. “We had a few problems with it connecting, so we replaced the whole thing and it has been better – it’s still not a great set-up though.” 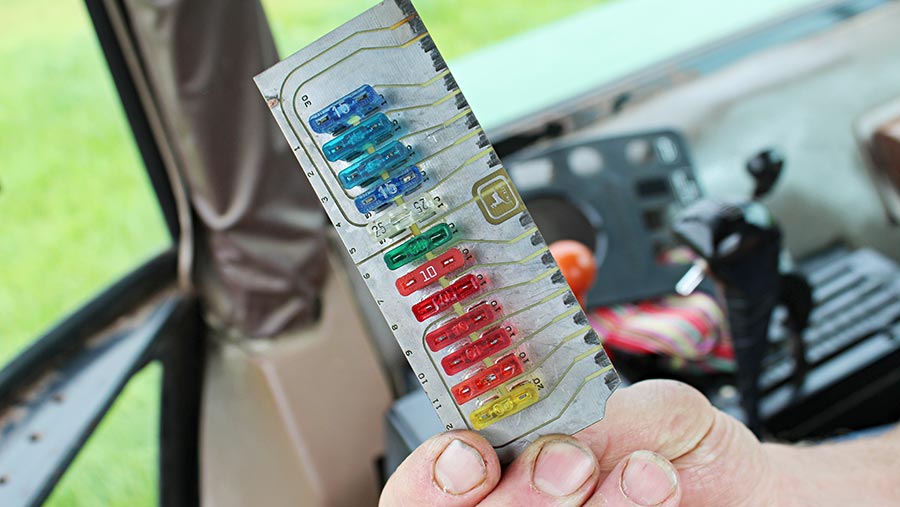 In its 30 years of service, the 2850 has had very few mechanical maladies and the build quality is fantastic, says Mr Browne. “It’s just strong and solid and they obviously used some good-quality metal as there’s barely any wear on things like the link-arm pins, which can often give out.”

The most major setback was when it got used for a day’s tedding with the handbrake applied, resulting in a £1,000 repair bill. Meath Farm Machinery did the work to a high standard and thankfully there wasn’t any lasting damage, he says.

Since then, the tractor has had a few other bits of work, including a recent replacement head gasket when it was on about 20,000 hours, one water pump, two clutches, replacement kingpins and a new seal kit for the steering ram.

It has also had a bracket added to support the hydraulic pipe to the steering ram and prevent it chaffing on the axle. Regular troublemakers such as the alternator and starter motor have been replaced, too, and it’s got an upgraded seat. 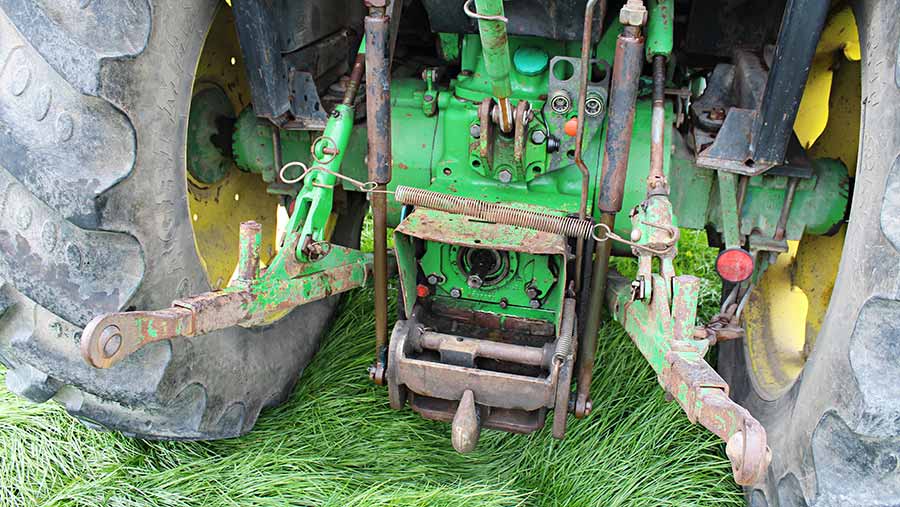 Owen McFadden, who’s an expert on older John Deere tractors, and local man Thomas “Tossie” Brady, have carried out most of this later work. Mr Browne also got his brother Declan, who’s a panel beater, to respray the bonnet a few years ago.

As for tyres, the original rear Goodyears lasted for an impressive 10,000 hours, but the second set wore out a little faster as it was spending more time on haulage. It’s currently on BKTs, which seem to be lasting well, but it’s gone through multiple sets of front treads.