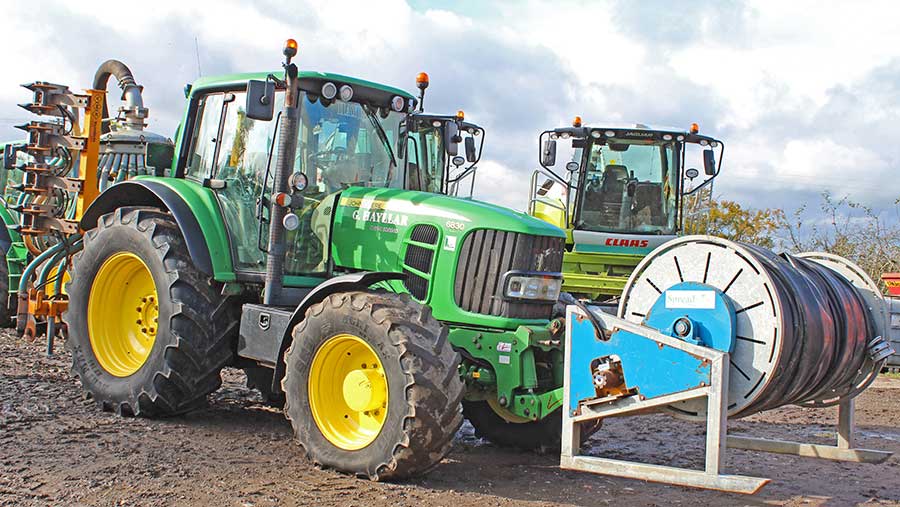 Graham Hayllar runs a grassland-based contracting outfit in the picturesque Eden Valley, Cumbria, and uses a fleet of high-hour workhorses, including a John Deere 6830 Premium that has clocked an impressive 20,480 hours.

He bought the tractor in 2008 when it had just 300 hours on the clock and it set him back £45,000 – rather reasonable compared with today’s prices.

It went straight to work as one of his frontline tractors, meaning it spent much its time pushing silage with a front-mounted buck rake, umbilical slurry pumping and muck spreading.

But like all of his tractors, it’s mucked in on every job, from ploughing, cultivation work and drilling to leading silage and pulling his 3,600-litre trailed sprayer.

For the first 5,000 hours it was largely trouble free, but in typical 30-series fashion the head gasket went soon after that, followed by the EGR valve and cooler.

The head gasket was replaced, along with a set of uprated head bolts, and it hasn’t given any trouble since.

However, when it came to the EGR arrangement, some more dramatic surgery was carried out. While pricing up replacement parts, Mr Hayllar came across an engine-tuning firm, The Derv Doctor, that offered a kit to bypass the system altogether.

“Including a blanking plate for the EGR valve and an ECU remap it was about the same price as a replacement valve from John Deere, so we decided to give it a go,” he says.

“It made the engine run considerably smoother and dropped the operating temperature by about five degrees – it tended to run hot, so this was a significant improvement.”

About a year later, the variable geometry turbo also packed up. But rather than replace it with a John Deere unit, Mr Hayllar opted for a simpler Borg Warner version, also from the Derv Doctor.

This corresponded with another engine ECU remap that upped power from the original 145hp to about 200hp. 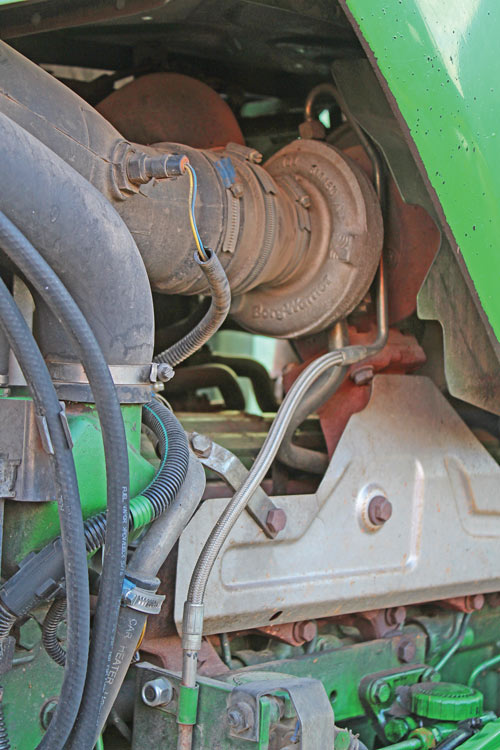 “The difference in performance has been amazing and unless it’s pushed really hard, it actually uses less fuel,” he says.

The move to a simpler turbo setup hasn’t upset the driving characteristics either. “It actually seems to have more consistent power and more torque throughout the rev range.”

Concerns over the kit putting extra strain on the tractor have also long been quashed as the tractor has merrily notched up more than 13,000 hours at its new power output.

During that time the only significant replacement parts have been injectors, something that most of Mr Hayllar’s high-hour 30-series tractors have had trouble with.

In the early days, these were replaced with John Deere remanufactured versions. But after a good bit of searching, he found a company that refurbishes them for roughly half the price.

“It actually worked out cheaper for me to park one of my tractors up and hire another in while I waited for the injectors to be reconditioned.”

Like all of Mr Hayllar’s 30-series tractors, the 6830 is fitted with the tried-and-tested Auto Quad semi-powershift gearbox, which hasn’t skipped a beat.

“It’s spent a lot of its time on clamp work, which is seriously tough on a transmission, but it’s still tight and works as it should.”

In fact, the only time that he has had trouble with this transmission was when a brake disc broke up on a 6930 he used to own, sending filings through the whole hydraulic system and the transmission. 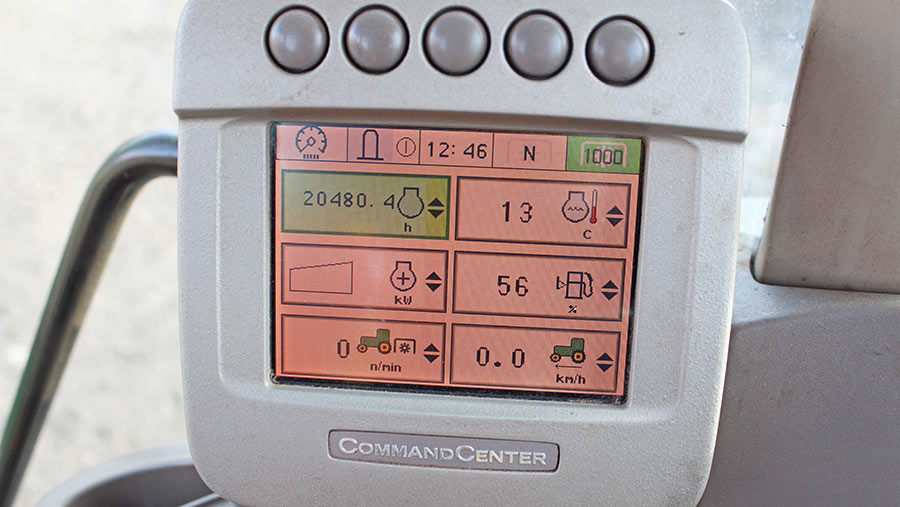 The gearbox was stripped, cleaned and rebuilt by his workshop team, Owen Bryning and Chris Hunter. That saved him on dealer’s spannering rates, but the parts bill still ran to about £4,000.

Typically, Mr Hayllar changes his tractors at about 10,000 hours, but the 6830 has seriously bucked that trend.

That’s largely because he’s been adding to his tractor fleet, rather than replacing existing models. But it’s also down to that fact that it’s been fairly trouble-free.

“It’s a bit of a family heirloom now and it’s worth far more to me than the market value,” he says.

For the past decade or so, Graham Hayllar has exclusively run John Deere tractors, mainly 20-series and 30-series models.

However, the recent arrival of a 6190R Autopowr has thrust him into the newer R-series line-up. Like the rest of the fleet, this has been remapped, taking it from its standard 190hp to about 250hp. It is currently on about 6,000 hours.

As well as general lifting duties it spends a lot of its time pulling a 3,600-litre Case-IH trailed sprayer, which it handles admirably – thanks largely to the fact the engine has been tweaked to 150hp.

The final member of the four-tractor fleet is a second 6830 that has done 10,000 hours of work and has been remapped to 200hp with the original variable-geometry turbo.

For more details on Mr Hayllar’s machinery fleet, see his What’s In Your Shed? feature

And if you or someone you know is running a frontline tractor on more than 20,000 hours then get in touch by emailing oliver.mark@markallengroup.com with a few details.