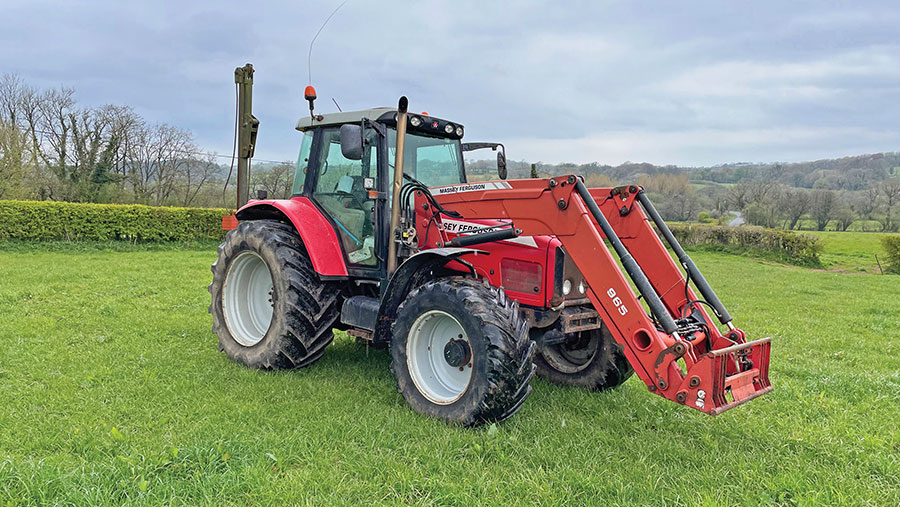 There are plenty of tractors out there with hour counts running well into the teens, but there are a select group of operators using frontline machines with more than 20,000 on the clock.

One such example is Carmarthen dairy farmer and contractor Hefin Thomas, whose 2004 Massey Ferguson 6465 is still putting in a regular shift after 21,464 hours.

Despite the prodigious workload, it continues to be one of his most reliable tractors and is by far and away the cheapest to run.

“It’s only ever needed minor mechanical work and if I had to spend £4,000 on it tomorrow, it still wouldn’t owe me a penny,” he says.

The stalwart tractor came to the farm from local dealer Brodyr Evans Bros when it was three years old and had clocked about 3,000 hours.

It was an upgrade from the single Ford 7810 that Mr Thomas had been running before and cost him £24,000 – a sum it would almost be worth now if it was on more typical hours for its age.

Rest of the fleet

From the off, the 6.6-litre, six-cylinder Perkins engine was fitted with a Tunit chip that took the stock power of 120hp to 142hp at the shaft.

It’s been run at that output ever since and the engine hasn’t needed to be touched – it doesn’t even use any oil between services.

It’s the same story with the 32-speed Dynashift transmission, which has had no work other than oil changes. 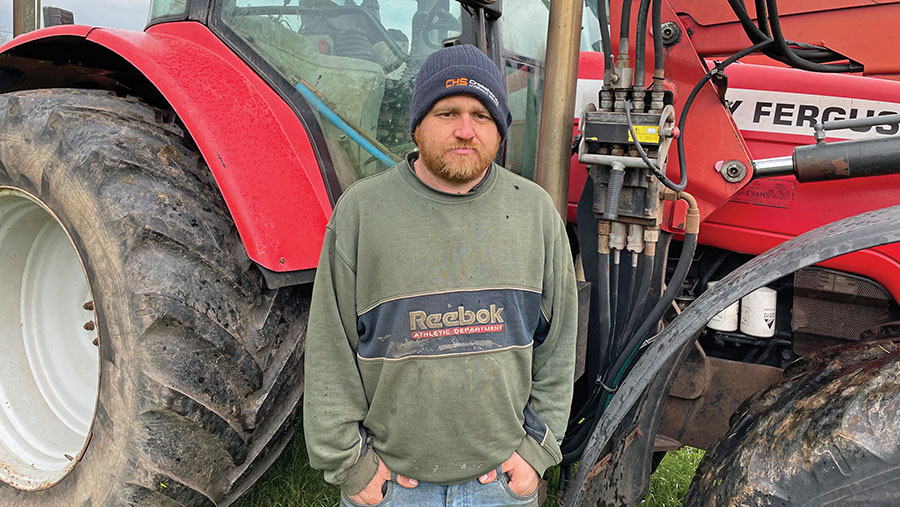 The extra ponies provided by the chip mean the 6465 has been well up to the raft of jobs thrown its way.

In the early days, these included powering a John Deere 331 mower conditioner, Lely 235 round baler, Hi-Spec 1,600-litre tanker and a K-Two Duo muckspreader.

A year into his ownership, Mr Thomas also fitted an MF 965 loader, which is essentially a Quicke Q6S painted red.

This gave the tractor the added role of becoming the business’ main materials handler, which helped contribute to the high workload.

Some of these were hard hours, too, teamed with a loader-mounted buckrake for clamp building.

For this task, the battery box was too low and dragged in the silage, so the right-hand steps were removed and the box was remounted sideways to give some additional ground clearance. 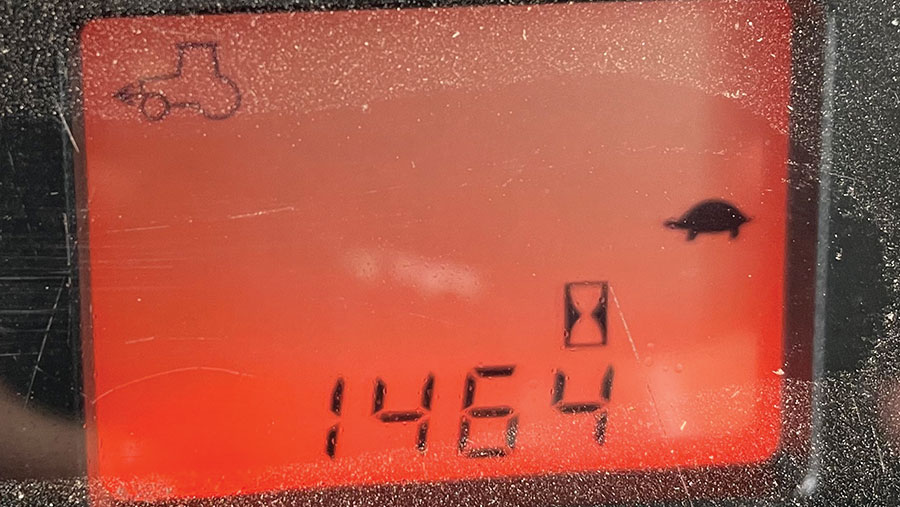 As newer models have come in, the 6465 has been shifted to less power-hungry duties. This includes pulling the farm’s recently acquired 9.5m Kuhn Mergemaxx and a TSG umbilical spreader bar and reeler.

For the slurry job, the original wheels and tyres were traded for a set of custom-built wide rims shod with Michelin Xeobib flexible sidewall tyres ­– 650s on the rear and 540s on the front – at a cost of £4,500. 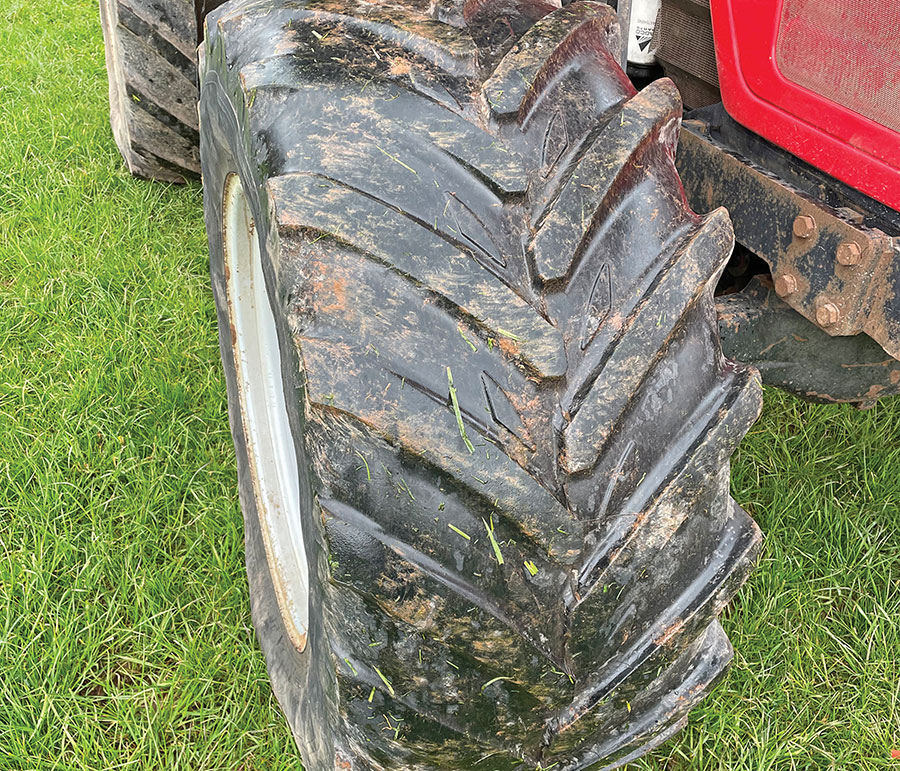 “When they were new, they were amazing in the field,” says Mr Thomas. “I ran them at 10psi and they made the tractor travel really lightly and gave loads of grip.”

They were fitted when the tractor was on 14,000 hours and there is still a good bit of life in the rears. However, loader work has filed the fronts down and they now need replacing.

The 6465’s relatively light weight makes it well suited to umbilical duties and it saves coating a more expensive machine in slurry.

This sits on a custom trailer, built by Phil Rees of M4 Trailers, and is powered by a 160hp Cummins B160 engine salvaged from a DAF 45 lorry. It saves him putting about 900 hours/year on a tractor and at £30 a service, it’s considerably cheaper to run.

For the hour count, the 6465 has been particularly reliable, with no major components giving serious trouble.

Mr Thomas carries out all of the maintenance on this tractor and other models outside their warranty, only outsourcing jobs that require a laptop.

Although the engine block hasn’t been touched, he has changed a few of the ancillaries, such as the original water pump, which lasted for about 8,000 hours.

He also fitted an alternator and a fuel pump as the original packed up at 6,000 hours due to some dirty fuel.

Some 15,000 hours later, the fuel pump is possibly on the blink again as the tractor is a bit down on power and does struggle to start occasionally.

The starter motor is original – although it has been stripped down and cleaned – as is the turbo, which hasn’t given any trouble. Even the original clutch lasted 16,000 hours.

One component that is a little on the weak side is the hydraulic pump, which has become something of a service item every 6,000 hours or so.

“You get a bit of warning that it’s on the way out, so when the tractor starts getting slow to reel in the slurry pipe, I order another,” he says.

“It’s a job that takes about four hours and involves removing the left rear wheel and side panel to get access.

Most of the other replacement parts are purely down to wear and tear, such as the half shaft bearings, which start to grumble after a few thousand hours.

The amount of loader work the tractor has carried out has also taken its toll on the Carraro front axle.

This has had the kingpin bearings replaced on a couple of occasions and, the last time, one of the bushes had spun in the axle.

As a result, the casting needed to be machined and rebuilt before a new one could be fitted. 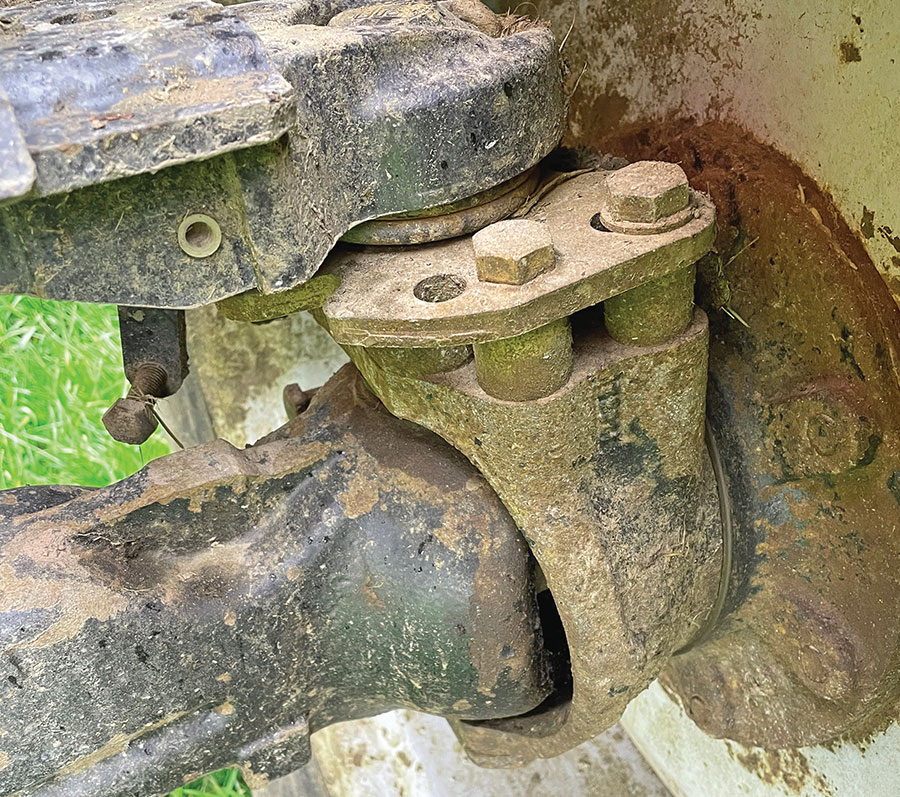 On top of the mechanical work, the tractor has been given a number of upgrades and cosmetic tweaks to keep it in good order.

“The poor thing is covered in muck all winter, so I make an effort to clean it up as best I can and replace any worn-out or damaged parts to keep it looking decent.”

These include some pieces of trim in the cab, a new shuttle lever (yet to be fitted) and a pair of front mudguards.

It also has a set of six LED work lights, which have made a massive difference when operating at night. 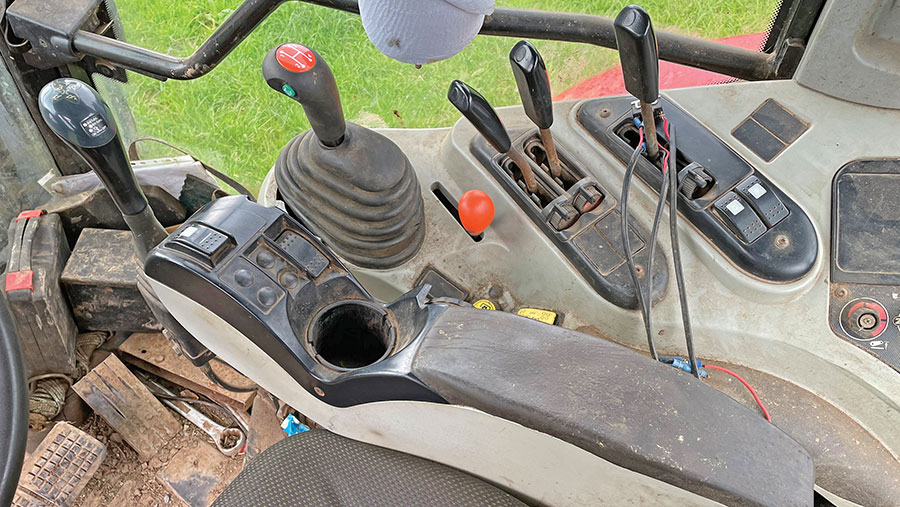 “I’ve had three sets now, starting off with cheap ones and gradually upping the quality,” he says. “You get what you pay for, basically, and the Durite ones I have now are the best yet by some margin.”

When the original exhaust rusted, Mr Thomas fabricated his own straight-through stainless pipe, which is standing the test of time well.

He has also made another for his 2006 MF 8460, which was purchased four years ago, primarily to power his Strautmann Giga-Vitesse forage wagon.

There are no plans to sell the 6465 and Mr Thomas hopes to get many more hours of service from it.

“It’ll stay here until it dies – I’m sure there will come a point at which it’s no longer economical to repair, but we’ve got this far and I’m committed now,” he says.

“Even if I did want to sell it, I’m not sure there would be many takers for a tractor that’s done this much work.”