Kioti has launched its biggest-ever tractor and, at the same time, revealed a new import deal that will see the Korean firm’s machinery sold through a newly formed company called Kioti UK.

The tractors were previously imported by the now defunct Reco business but despite the company claiming a top market share in some parts of the world, machines in the UK have been few and far between. 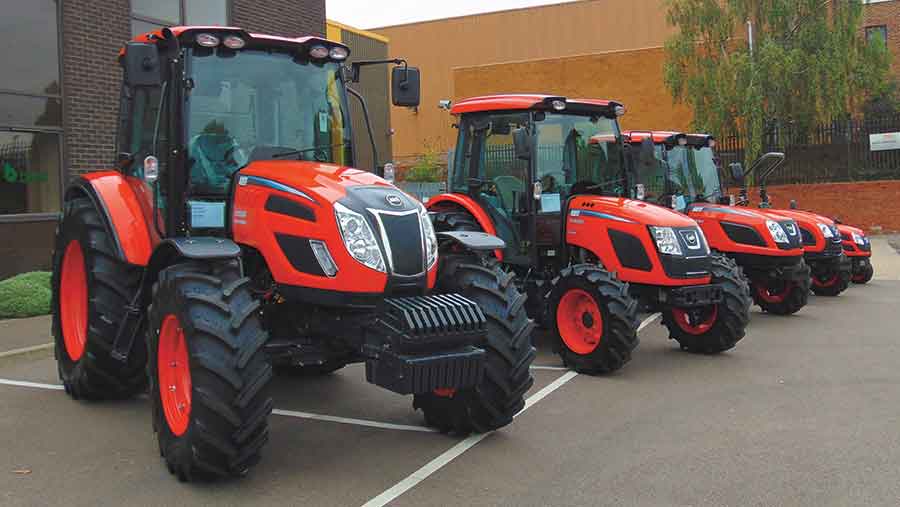 The company promises to bring plenty of spec to the small tractor market, but not necessarily the cheap prices that some buyers might expect.

AdBlue and a DPF take care of emissions for the first time on KIOTI machines, although filter regeneration can be postponed if necessary.

Drive is directed through a Kioti-made 32-speed gearbox in the biggest model, while others in the line-up use a 24-speeder and the smallest versions have a hydrostatic transmission.

Kioti UK is yet to announce prices for the top-end units, but the company has warned potential buyers not to expect basement prices given the high level of standard spec – air-conditioning, two double-acting spools and loader brackets with a factory-fitted joystick are all part of the package.

The company will also be selling the Mechron UTV, which has traditionally been Kioti’s volume seller on UK shores.

It comes with a 22hp diesel engine, bench seat and the option of a double-cab set-up. The machines are mid-table as far as prices go, with things kicking off at £12,750, while the double cab comes in at £14,850.