Kubota has unveiled the latest additions to its 100hp tractor line-up, which continue the Japanese firm’s heavy investment in the agricultural sector.

The range has been introduced to replace the company’s previous M8540 and M9960 machines and joins the 130-170hp M7001 range, which is built in the company’s new €40m factory in northern France. 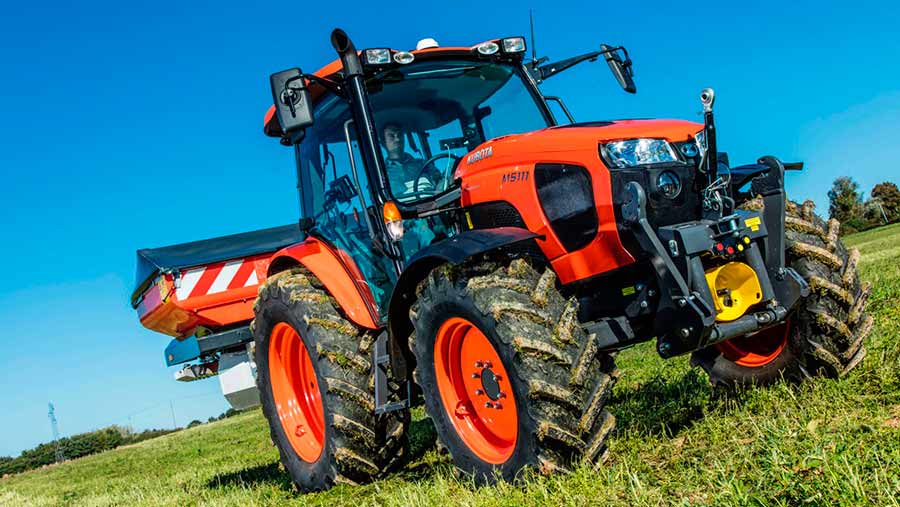 Both are propelled by a 3.7-litre, four-bore engine that uses a urea catalyst (SCR), exhaust gas recirculation, a diesel particulate filter (DPF) and a diesel oxidation catalyst (DOC). Kubota claims the combination of emission controls has trimmed fuel consumption while ticking the box for Stage 4 emissions levels.

The new block drives through a three-range gearbox, which includes six manual shifts and a high/low splitter for a total of 36 forward speeds up to 40kph.

There’s also a Kubota-made LA1854 loader available, which comes with a quick coupling connections and a suspension system.

The company has also replaced the MGX-II range with a five-strong fleet that runs from 90-140hp.

MGX-III tractors have been given a remapped torque curve that adds extra usable power from the four-cylinder engine.

The M95GX, M105GX, M115GX, M125GX and M135GX all get an eight-gear powershift transmission that includes an auto-shift function, as well as Kubota’s clever Bi-speed steering system that speeds up the front wheels to turn tighter during yard work or on headlands.