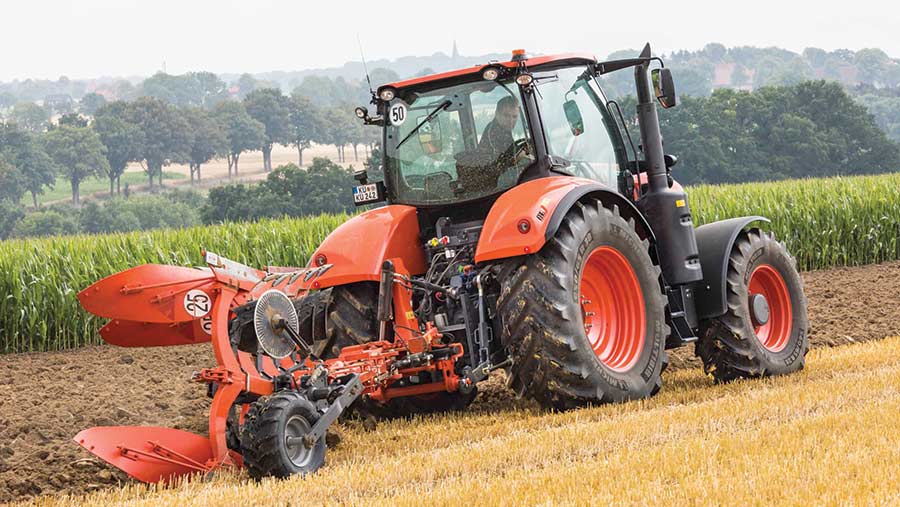 The third iteration of Kubota’s 130-175hp four-cylinder M7 family of tractors is being shown at Lamma, the M7003 line-up being unchanged from its predecessors in terms of the choice of semi-powershift and stepless models.

Power outputs are also unchanged, but the 6.1-litre Kubota engine has enhancements to the EGR, DPF and SCR package to meet Euro Stage 5 emissions, including a cleaning interval for the DPF extended to 6,000 hours.

There are some new transmission features, though, including Xpress restart, which enables the tractor to be brought to a halt and move off again using only the brake pedal, variable ratio steering, hydraulic valve allocation to different controls through the in-cab monitor and new lighting options, including full LED.

Also, Tractor Implement Management (TIM) capability is added to the Isobus electronics, enabling certain equipment – such as a round baler – to operate the tractor’s transmission and hydraulic controls to relieve the operator’s workload.