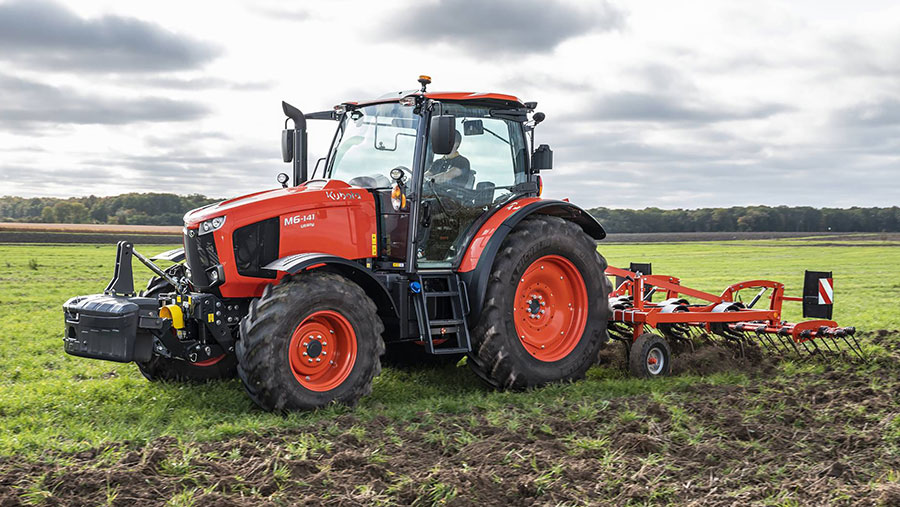 Kubota has renamed its long-standing MGX range the M6-001 Utility series, which spans the same 104hp to 143hp segment to slot between the smaller M5-002 and higher-spec M6-002.

Little else has changed, aside from improvements to exhaust after-treatment where diesel particulate filter regeneration can be achieved at lower engine revs – down from 2,000rpm to nearer 1,200rpm – and at a temperature of just 50C. This makes regeneration much easier to achieve, with light engine loads, lower noise levels and a reduced fuel burn, says Kubota.

All M6-001 Utility models get a 40kph semi-powershift transmission with eight steps in three mechanical ranges and the option of a creeper range to extend the ratio count to 32. Nice-to-have functions includes auto-shifting in each range and a sensitivity dial that allows operators to adjust the responsiveness of gear changes.

Hydraulic output is 71 litres/min on short-wheelbase models and 77 litres/min on the larger versions. Two mechanically operated spool valves are fitted as standard and another two can be specced as optional extras.

As before, rear lift is 5t or 6.1t depending on the model, a two-speed pto is standard, and all models can be fitted with a 2.6t-rated front linkage.

M6-001 Utility models also get Kubota’s portal front axle with bevel gear drive, the same cab frame as the bigger ranges and the choice of two loaders – 3.7m or 4m lift height and maximum capacities of 1,950kg or 2,200kg.