Landini has extended its range of super-simple scraper tractors with a new-look 2 Series model.

The 2 Series has replaced the popular Mistral and comes with three power outputs of 43hp, 47hp and 54hp from Yanmar four-cylinder engines driving through a 12- or 16-speed transmission with synchro shuttle and four-wheel drive.

See also: Get your scraper tractor ready for the winter

Higher up the horsepower ranks, the new Landini 4-075D suits slightly heavier-duty tasks and is available in two- and four-wheel drive forms.

Sitting on a 2.1m wheelbase and axles that can get the tractor down to no more than 1.67m wide overall makes it a good scraper option, says the company. 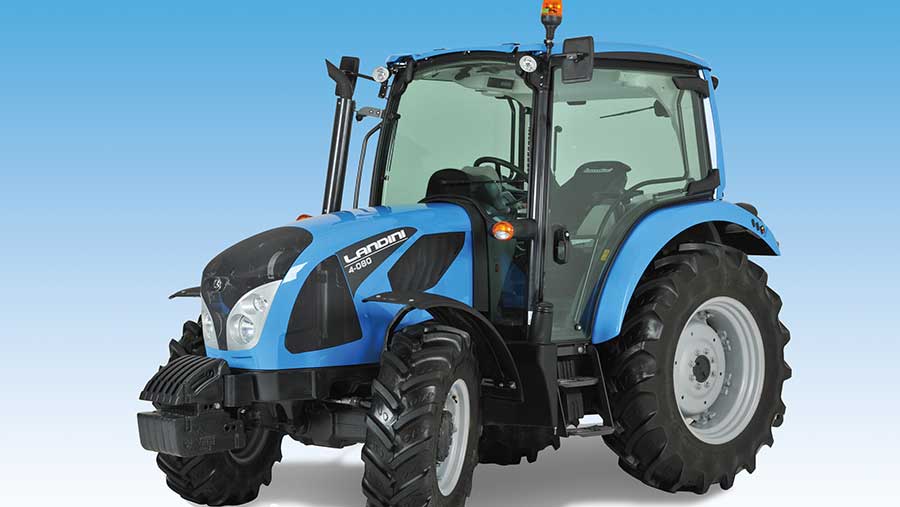 The 4-075D also has 12×12 and 16×16 creep gearbox configurations but from a bigger Argo transmission, operated by a forward-reverse synchro gear lever to the left of the driver and a four-speed gear lever to the right, along with a short three-range lever.

Rubber mats cover the footwells, bare metal surrounds the plastic upholstered seat and there are few electrics, so the tractor can be power washed pretty easily.

The same lower-cost power unit is used in the Landini 4-075C – part of the 64-76hp 4C line-up – which matches its smaller cousin on wheelbase dimensions but has a broader stance for added stability, with a minimum width of 1.75m.

It also has more advanced driveline features, with a new Hi-Lo two-speed powershift option on the 12×12 base transmission to provide 24 speeds or the 16×16 creep transmission for 32 forward speeds.

Electronically modulated hydraulic pto and four-wheel drive clutches are also part of this package, along with a response adjustable transmission clutch.