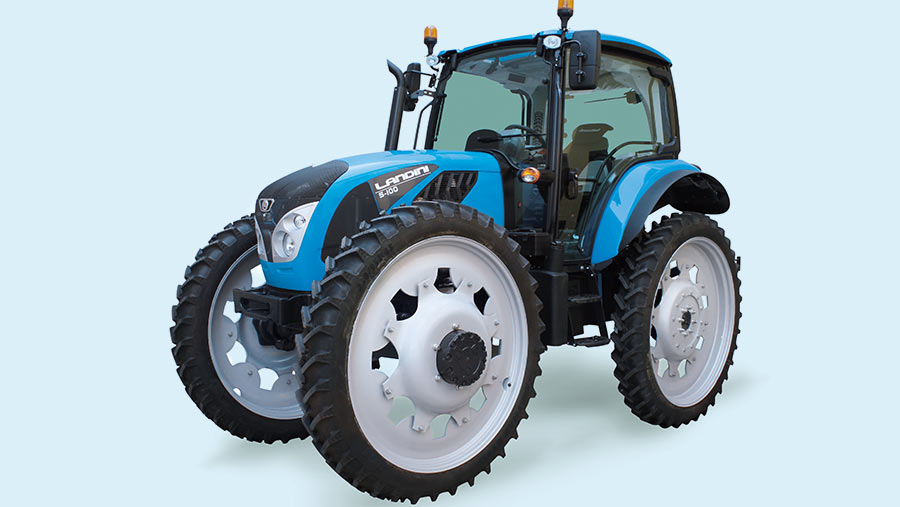 Offering up to 695mm of under-axle clearance with 44in row-crop tyres fitted all around, the new Landini 5 Series being shown by Argo Tractors in high clearance configuration is a candidate for late-season spraying in grain and oilseed rape crops.

But the tractor’s main role will be in commercial horticulture, where rising above the crop is important to avoid contact with strawberries grown in raised beds or salads and vegetables that must be dispatched from the field in pristine condition.

Compared with the previous version based on the Italian marque’s 5D Series tractor, the newcomer provides a roomier, quieter and better appointed cab with larger glass area for improved all-round visibility.

Under the bonnet, a 3.6-litre Deutz engine using only a diesel particulate filter (DOC) replaces the Perkins 3.4-litre motor and its more complex emissions control package.

The new engine provides a choice of 90hp, 99hp and 107hp outputs – so a bit more in each case than before – driving through an Argo four-wheel drive transmission with a synchro or power shuttle and several speed configurations from basic 12×12 to 32×32 with creep and two-speed powershift.