Massey Ferguson is calling the 4700 series a global range of tractors and the same model will be sold around the world. Production is currently in Turkey, China and its Beauvais 2 factory in France. 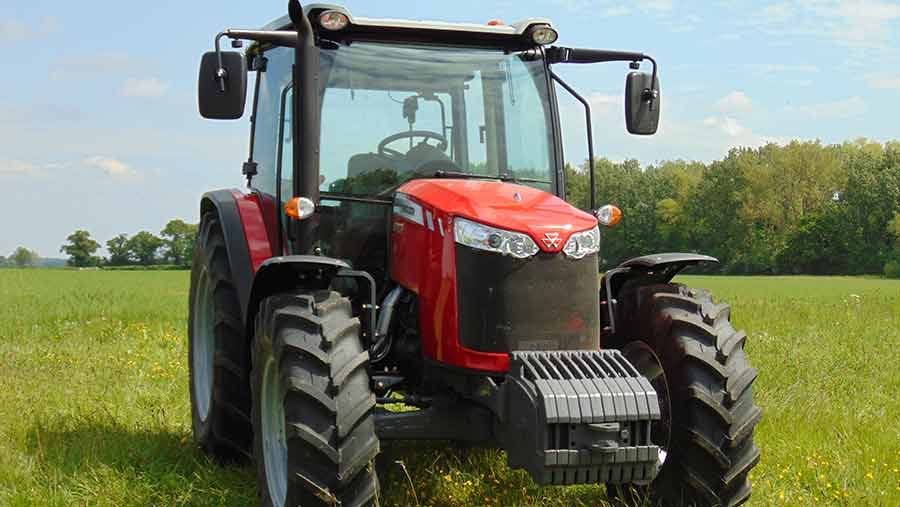 This simple tractor comes with the company’s new 3.3 litre, 3-cylinder engine attached to a 12×12 gearbox, with a 17:1 super creep available. Air-con, electric shuttle, air-seat and even a cab are an option. It comes across as a tractor from the early 1990s but with a selection of modern day comforts.

The 4700 has a well-built feel to it, and although it isn’t the most comfortable tractor at 40kph, we expect to see quite a few of these roaming the British countryside. 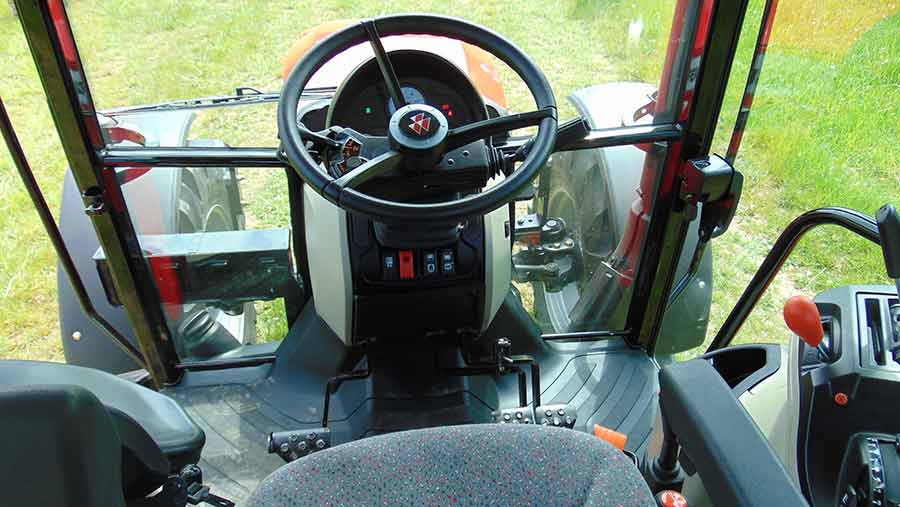 It’s perfect for low-cost horsepower where a vast choice of gears isn’t essential and is ideally suited to go on a post-driver, on a picking trailer or for someone that wants a bit more than a scraper tractor.

However, this isn’t a tractor to be spending long hours in and the lack of gear choices might limit its capability for heavier work. Although it would be interesting to see if it could, as the engine does feel pokey.

There is a place on most farms for a tractor like this, one that anyone could jump on and use. Visibility is reasonable and there are plenty of storage places.

Currently Agco produces 9% of the world’s 75-130hp tractors and with this one it hopes to boost that to 17%. The first of these should arrive on British soil in June with other updates to its 5700 series in November, and a new 6700 series of tractors arriving in the first quarter of 2017.

This would give MF more than five ranges of tractors in this key horsepower range.

Massey Ferguson says that the 4700 range will be competitively priced. Given the straitened times at the moment (and assuming that the price-tag is cheap) this new range should be a hit.