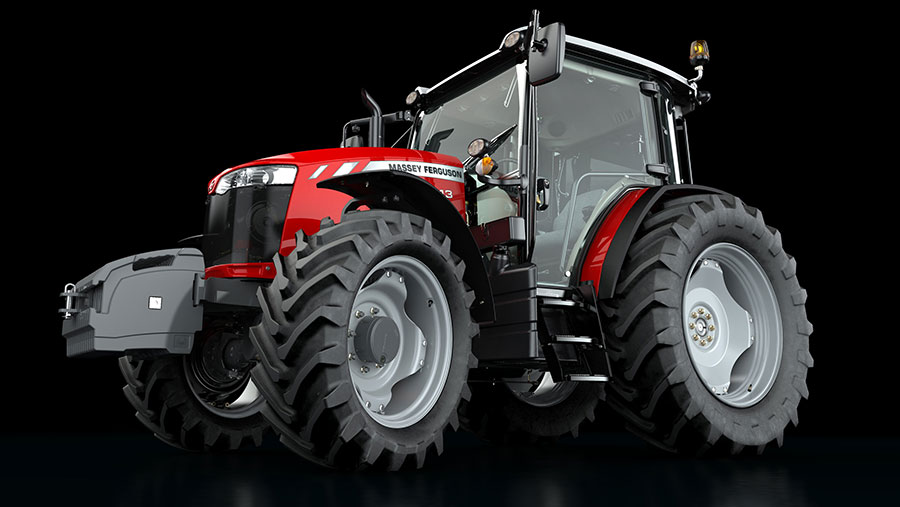 Massey Ferguson has added to its line-up of basic-spec, ‘Global Series’ tractors with a brace of new models that top out at 130hp.

Collectively known as the 6700 series, the two additions come fitted with a 4.4-litre Agco/Sisu powerplant under the front tinwork that uses AdBlue to clean up exhaust smuts.

But other than the power difference, the two models are almost identical. That means they have both got a 12×12 mechanical gearbox with a 40kph top speed and optional powershuttle. Buyers that want to go really slow will have the option of a creeper gearbox, too.

Moving to the back end, there is a rear linkage that’s good for lifting 5.2t and this has an electronic controller to make life easier for the operator.

Standard fitment also includes a dual-speed 540/540 eco pto. But buyers can opt to swap this for a 540/1,000rpm version, or shell out a bit more to get 540/540 eco and 1,000rpm. In all cases they have electro-hydraulic engagement, which takes up drive gradually.

Both tractors come with twin double-acting spool valves (with the option of upgrading to a third) that are powered by a dedicated 58-litre/min pump.

However, those looking to get peppier hydraulic performance – to give speedier loader performance, for example – there’s an option to upgrade to a 98-litre/min, combined-flow version.

Operators will get to spend their day in a cab that includes air conditioning as standard. It also has a couple of other nice-to-have-features such as electro-hydraulic engagement of four-wheel drive and diff-lock, as well as a simple digital monitor that shows work rate, fuel consumption and the area worked.

There is also a simple engine speed memory function that means you can go straight to the rpm you want.

The 6700-series tractors are being built at Massey Ferguson’s Beauvais factory in northern France and will add to the maker’s existing 4700 and 5700 machines.

That means buyers now have the option of buying a Global Series tractor with anything from 75hp to 130hp under the bonnet.