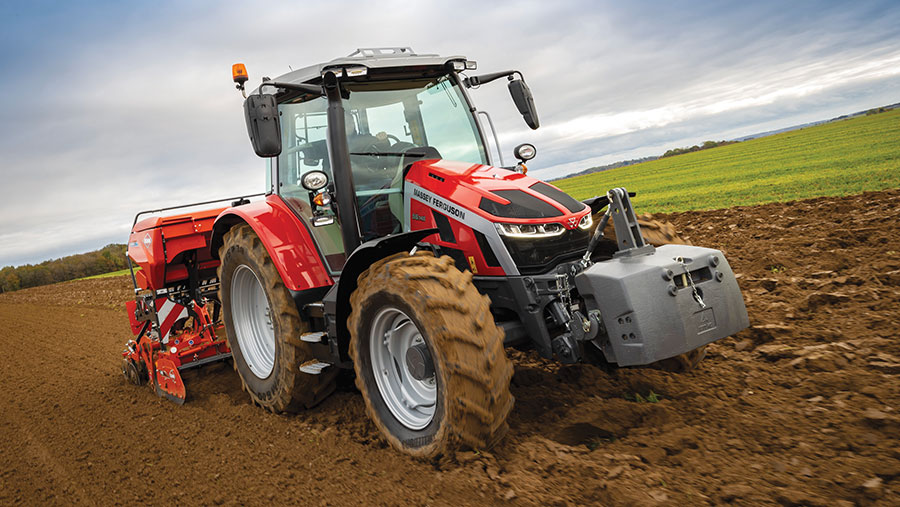 Massey Ferguson has ushered in a new-look 5S-series to replace the 5700S.

It is the firm’s second major launch in the space of five months, as it forges on with a shake-up of its tractor ranges that started with four 205-265hp 8S machines in the summer.

The five-model 5S line-up has plenty in common with Valtra’s G-series, which was unveiled in September. It means there is now very little to split the two Agco-owned brands in the sub-150hp sector, as they share the same engine, transmission and hydraulics. However, it reinforces Fendt’s position as the premium option among the trio.

Propping up the quintet is the 5S.105, which develops 105hp and 440Nm of torque, while the biggest 5S.145 serves up 145hp and 550Nm. Power and torque have increased across the board compared with the outgoing 5700S machines, so there is no longer a sub-100hp option. 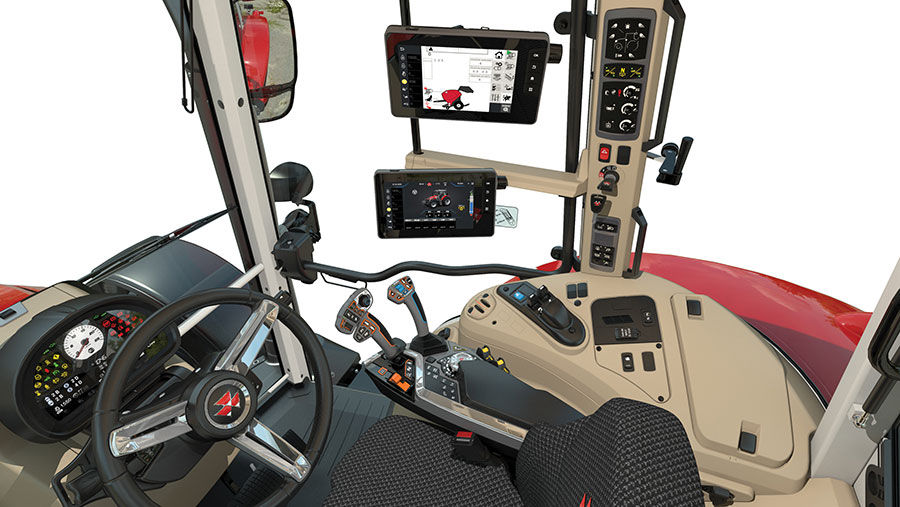 The obvious difference with the Gs is the lack of a boost function, meaning maximum power from the 4.4-litre, four-cylinder engine is available all the time, rather than being limited to high-speed transport or pto work.

A wheelbase of 2,550mm, a drastically sloped bonnet – retained from the 5700S models – and a rear lift capacity of 6t all mirror its Finnish stablemate. But while Valtra only offers its four-range, six-step semi-powershift (the Dyna-6 in Massey guise), the 5S can also be ordered with the simpler 16-speed Dyna-4.

Higher-spec versions also get Auto Drive as standard, which automatically shifts through the four or six gears for fieldwork and hops between ranges on the road. 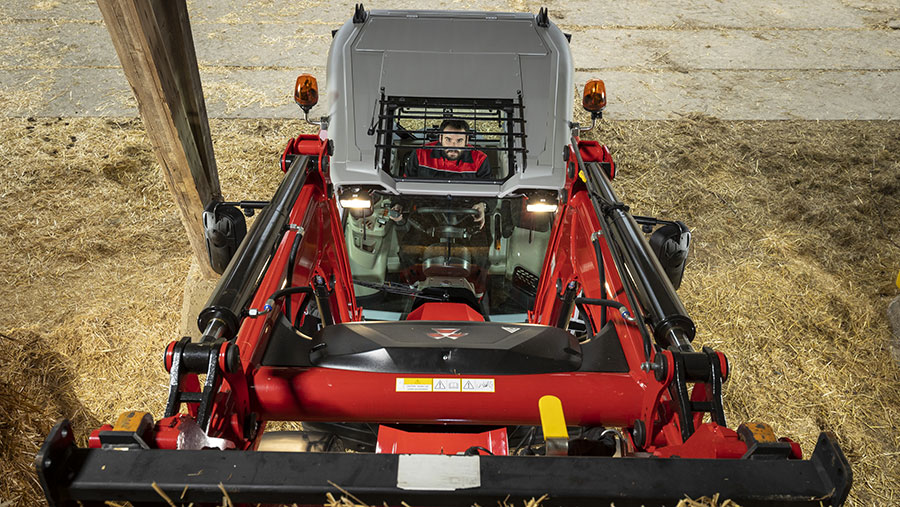 All five models can be ordered with one of MF’s three spec packages – Essential, Efficient and Exclusive.

As with Valtra’s Gs, Massey has taken the opportunity to add more technology throughout the range. Top-spec Exclusive – which wasn’t an option on the 5700s – includes 110-litre/min hydraulics, up to eight electric spools, a Datatronic 5 screen and cab suspension as standard.

The latest Datatronic 5 now has the capacity to manage Isobus implements and run the firm’s Smart Farming products. MF Guide auto steering, and section and rate control that can handle up to 36 sections, are still options. Taskdoc can be ordered, too, allowing operators to save fields records, log fuel use and generate job reports. The screen is an optional extra on mid-spec Efficients. 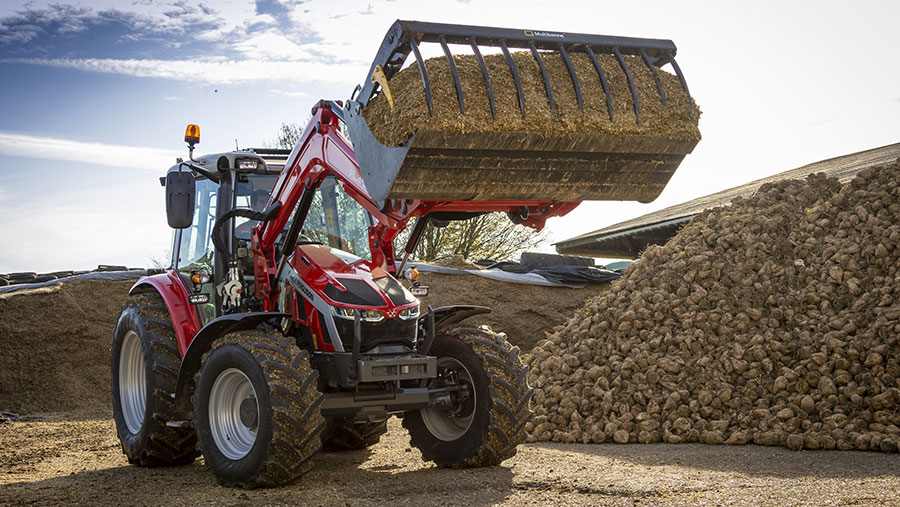 The interior features the same armrest as the 8S models, including the long-awaited redesign of the Multipad joystick. However, this isn’t available on the Essential spec, and these tractors also have to make do with a downgraded 58-litre/min hydraulic pump.

A stronger suspended front axle helps achieve an impressive 4m turning radius, which is claimed to be industry leading. Brake to neutral is also available, as is a selection of MF’s FL loaders.

The tractors will be available early next year.