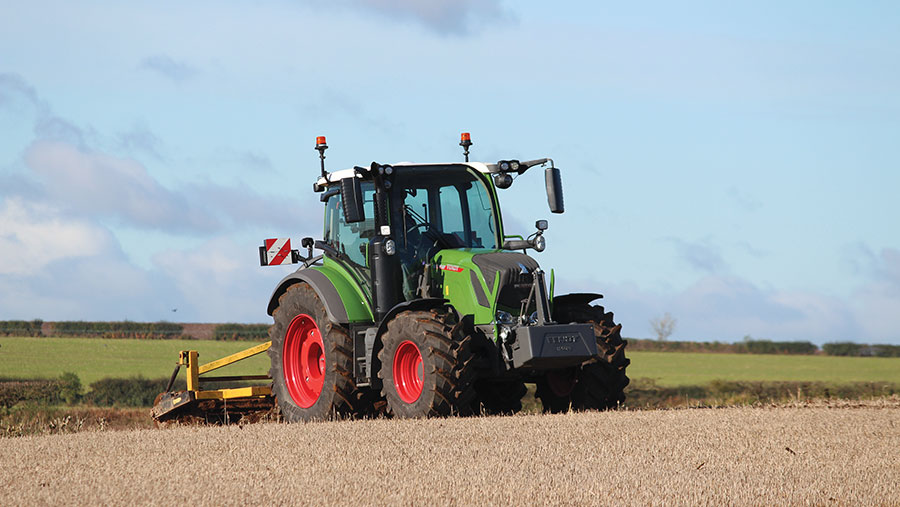 Fendt has timed the major overhaul of its cab interiors with several updates to the 200- and 300-series ranges.

The tractors fall into the price-sensitive 100hp sector, so have never been big sellers in the UK, but the company hopes the addition of its fancy new control layout and the injection of a bit more power will help buyers justify the cost.

It means the diddy 200-series can be loaded up with all the cab goodies available on the 517hp 1050, including the digital dashboard and 12in armrest monitor.

The five-model range runs from the 79hp 207 to the 124hp 211, all using the same three-cylinder, 3.3-litre Agco engine. However, the biggest model now has Fendt’s Dynamic Performance system, which adds up to 10hp to main power outputs under load.

This extra poke is available for stationary pto jobs such as running a feed mixer and, unlike a traditional “boost” function, is feathered in rather than arriving as a big lump. In theory, it should save customers having to make the jump up to a 300 model.

Electric spools are now standard across the three spec levels and buyers can upgrade to the new 3L joystick with integrated forward/reverse shuttle to control a front loader.

Changes to the cab structure include more headroom and a narrower crossbar between the windscreen and roof.

Software tweaks to meet Stage 5 emissions standards have seen torque rise by 12Nm on three smaller models and by 42Nm – to 650Nm – on the 314.

Like the biggest model in the 200-series, the 314 gets Fendt’s Dynamic Performance system to serve up an extra 10hp, taking it to 152hp.

The tractors now also have a lower engine idle speed that is promptly cranked up to 950rpm when the hydraulics are operated or the pto is engaged.

Basic Power-spec models only get the digital dash screen, which can be used to adjust hydraulic and linkage settings. This should prove adequate for most buyers in this power sector, but those looking for guidance, section control and variable-rate application capacity will need to fork out for the Profi+ version.