American farmers have a deep affection for the meaty roar and unrestrained pulling power of a 20t articulated tractor, but the prairie monsters have never quite made themselves at home this side of the Atlantic.

The lesser-spotted John Deere 9620 is a particularly rare beast in western Europe – so when one popped up for sale down the road from Oxfordshire contractor Alec Wilkinson, he just had to have it. 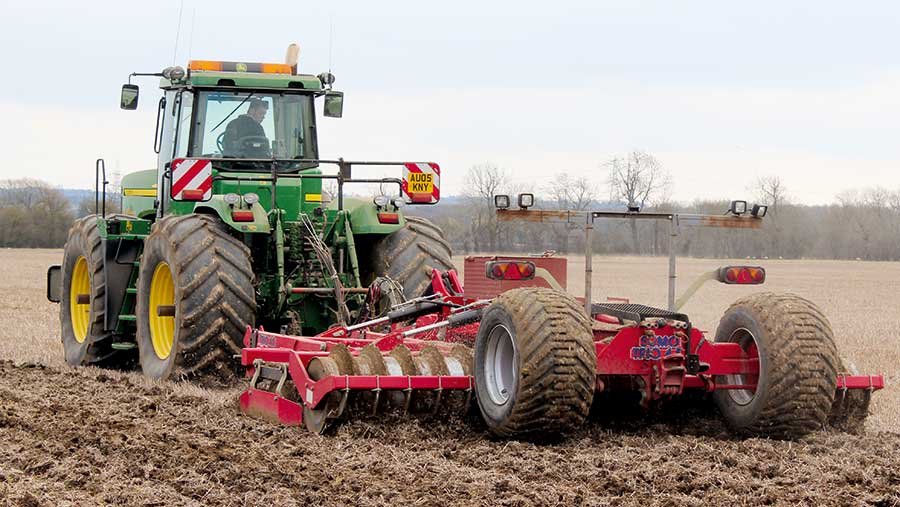 “Deere made that particular model for only a couple of years, so there aren’t many about. At £85,000 it was the most expensive tractor I had ever bought, but I’m glad I borrowed the money to get it.”

The artic-steer was originally shod on H-tracks and sold by Bourne Tractors in Lincolnshire (part of Doubleday). It stayed in the eastern county for the first few years of its working life, before making its way down to Oxfordshire and Chota Estates in Burford.

Somewhere along the line, the tracks were replaced by 800/70 R38 Michelin tyres.

“I didn’t want another tracked machine. They’re fine in the field when the going is good, but terrible on the road,” says Mr Wilkinson.

His various plots of land are spread up to 22 miles apart and the journeys take their toll on the tracks. The 9420 measures 4m wide, so it’s near-impossible to get up to top speed without wiping out wheelie bins and road-goers in the process.

“I’ve looked at buying a Quadtrac in the past, but the same problems apply. The cost of tracks and tyres come out roughly the same, but there’s also all the running gear to take into account.

“Servicing and replacing the idlers, tensioners and all the other gubbins practically doubles the cost, and our flinty ground could have inflicted a lot of damage on the rollers. In the end it was going to cost about £5,000/track, plus another £5,000 to rebuild the rest.”

Primary tillage is the 9620’s bread and butter, leaving Mr Wilkinson’s brace of 7810s to do all the top work. Annual cultivations total 1,340ha, and it usually clocks-up about 600 hours in the process.

Most of that work is done with the nine-leg, 4.5m Sumo Trio – a combination of subsoiler legs, discs and a heavy press – that can tear through 60ha on a good day. A set of Vaderstad Carrier discs is occasionally hooked on the back to make a better job of mixing the chopped straw. 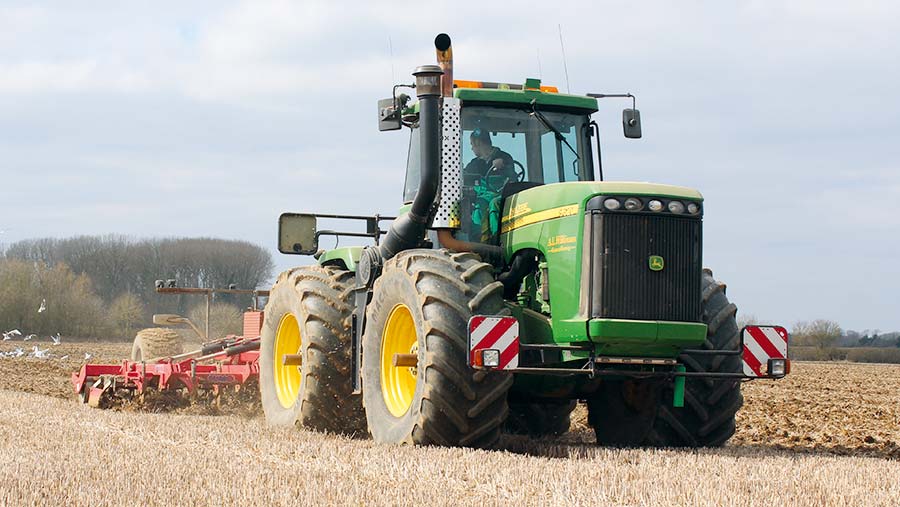 “On more forgiving land it will drink about 60 litres/hour, and on the really tough stuff it gets through up to 90 litres/hour, so it’s averaging about 70 litres/hour,” says Mr Wilkinson.

It’s got torque by the sackload, which means the driver can keep engine revs pinned under the 1,900rpm mark and still maintain the 12kph travel speed. Even with the engine plodding along at a pretty casual pace, the bellow of the block can still be heard 2.5 miles away.

“The Fendt clocked 600 hours during autumn cultivations, pulling a seven-leg subsoiler and averaged 65 litres/hour,” he says.

“Admittedly it’s a smaller machine, but it managed to get through a maximum of only 30ha/day – half that of the Deere – and drank 60 litres of AdBlue every day, too. It would also cost a good deal more to buy outright than our 9620.” 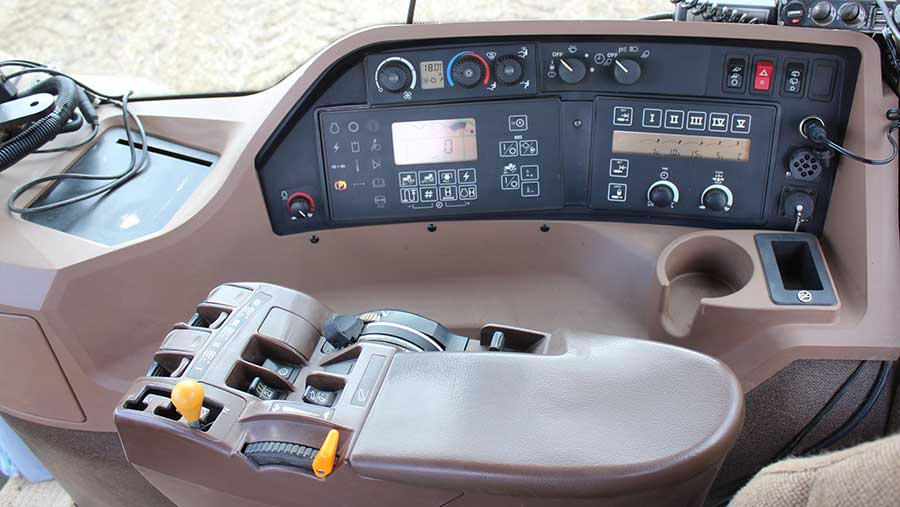 There’s not much to report here – £5,000-worth of fixes have kept the big artic rolling over its three-and-a-half years of service.

“A pin snapped in one of the steering rams the year after we got it. The tractor kept twitching so we initially thought the Autosteer was playing up, but it ended up being an easier fix than we expected.

“We also had a weeping seal on the high-pressure fuel pump last year. It meant we had to bleed the system every morning to get her started, but in the end we tracked down the problem.

“But its biggest breakdown happened on the final day of autumn cultivations. The fan shaft snapped, which sent the propellers through the radiator and the whole lot needed replacing. It was a pain, but it would have been a whole lot worse mid-season.”

The 9620 has also been the subject of a couple of Product Improvement Program recalls. In both cases Farols did the work free of charge: the first was a front prop shaft replacement because of an iffy UJ; the second was to fit a guard around the rear prop.

How long will it last?

Mr Wilkinson has no plans to ship the old girl out any time soon – it’s still the second-newest tractor in his fleet of 10- and 20-series Deeres.

“It’s not for sale, but when I do move it on it could go anywhere in the world – eastern Europe, the USA, or the UK. People are crying out for simple, serviceable high horsepower. Everyone’s still mad for tracked machines but you just can’t beat the versatility of wheels.

“When its day comes, I’ll look for another one on wheels. Tyre technology is improving all the time and weight distribution is much better than it used to be.

“The biggest problem is finding the tractors, so when a wheeled version pops up we’ll have to buy it, even if we’re not quite ready for the replacement.”

Conventional tractor power stats – such as those of the new Fendt 1000 – are getting close to matching the likes of the 9620, so could one of those fit the bill?

Not a chance, says Mr Wilkinson.

“We’ll stick with an artic machine because the big conventionals are no match for a proper draught tractor.

“By the time you’ve got wheel and belly weights fitted you’ve spent a load more time and money trying to make a conventional tractor into something it isn’t. Then you find it struggles to put the power to the ground through the Vario gearbox.