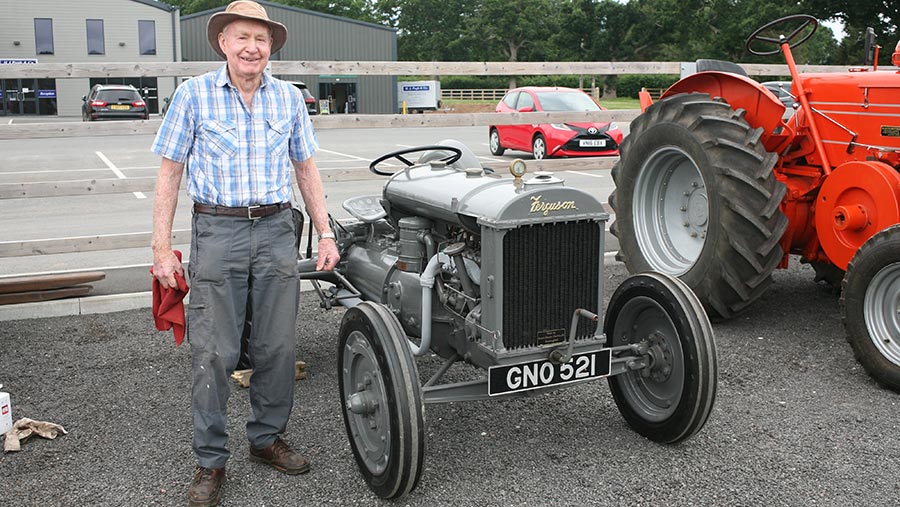 A restored 1938 Ferguson Brown tractor has sold for £53,000 at a summer vintage machinery sale in Herefordshire.

The eye-catching hammer price for the Model A tractor is a new record for HJ Pugh & Co Auctioneers, who ran the two-day sale at Hazle Meadows Auction Centre in Ledbury on 16-17 July.

Somerset farmer and tractor enthusiast Bernard Rowe spent £20,000 to buy and restore the tractor and it was among four he sold at the auction.

Mr Rowe bought the Model A from a farm sale 10 years ago. It was number 502 out of a production run of just 1,250 and is fitted with the earlier Coventry Climax engine. The farmer said the rear tyres were the originals.

Harry Ferguson’s first production tractor with hydraulic depth control was the Model A, built for Ferguson by David Brown of Meltham, hence the alternative name for the tractor of Ferguson Brown.

Another hefty sale was a 1950 Field Marshall Series 3 tractor, restored by Robert Crawford Ltd. The red tractor had a hammer price of £28,000.

Auctioneers HJ Pugh & Co said it was an astonishing sale.

The firm has recently made the move to the auction centre in Ledbury, which has allowed them to hold bigger sales.

Full results of the auction