Case IH is marking 20 years since the introduction of the Quadtrac with a special anniversary colour scheme on all 620 models ordered before 30 November 2016.

Development of the first Quadtrac started in the late 1980s after Case IH acquired Steiger and its Fargo, North Dakota, factory. The 300hp 9150 was first shown at the US Farm Progress Show in 1992.

As development work progressed, the tractor platform was upgraded to a 300hp 9250 and then a 335hp 9270, while cable-reinforced tracks and a sealed mid-roller design allowed a faster road speed of 40kph. 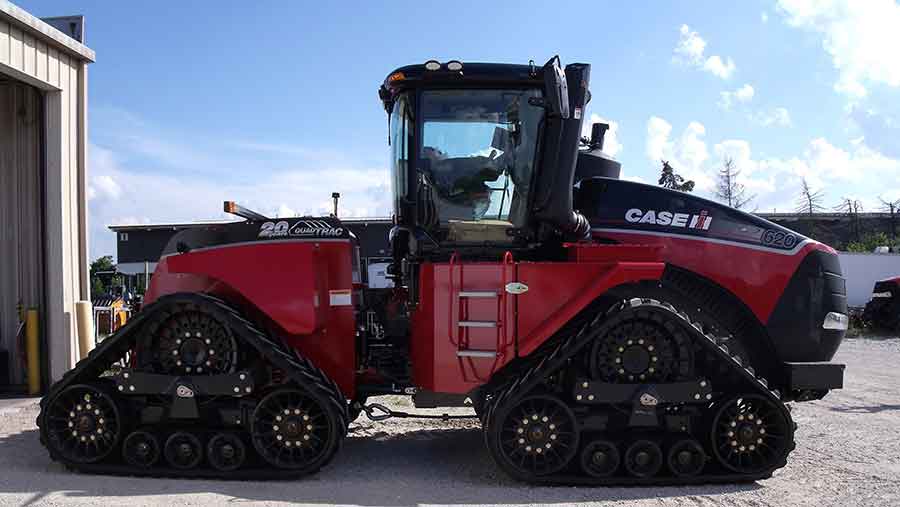 UK farmers got their first glimpse of it in 1997 at Cambridgeshire dealer Collings Bros, and again later that year at Cereals. The first UK sale was to CWS Agriculture’s Essex Farms estate at Ongar.

Since then, Quadtracs have also been used to twice break the world 24-hour ploughing record, most recently in 2005, when an STX500 and Gregoire Besson 20-furrow reversible covered 320.5ha.