Deutz is still using up its stash of Tier 4i engines, so we separated it from the rest of the cleaner-running, Tier 4f-powered pack.

Poor marks for its small cab, petit frame and tired-feeling interior were remedied in part by the abundance of settings found in the big Trimble-sourced screen. 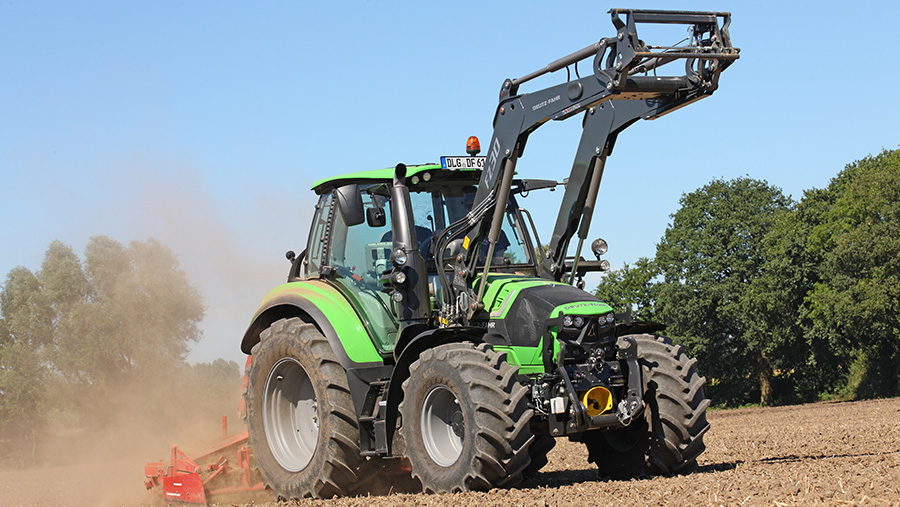 Deutz’s instantly-recognisable six post bubble has remained almost unchanged for years and is beginning to the pay the price for its advancing years.

It’s physically small, but isn’t helped by curving pillars that hunch around the driver’s head and flimsy panels that leave the interior finish several pegs down from the Deere.

The story continues with the big, wobbly door that requires a serious slam to shut tight and, with a passenger leant against it, leaves a slithery gap that causes a cold draft.

On a cheerier note, a light illuminates the steps to help late shift workers, though access is made awkward by pillars that block shoulder space and the steering wheel, which doesn’t fold away fully.

Up top, a big, opening roof window is a handy ally for loader work and the slope-nosed bonnet drops well out of the way, too.

Right-hand views are hindered by the massive monitor and the seat can’t be swivelled, either, which might irritate ploughmen who like that particular function.

Higher spec tractors still come with the standard A-pillar display that is left largely redundant by the Trimble-sourced monitor.

Colour coding helps with control identification and they illuminate green when activated, which is handy. 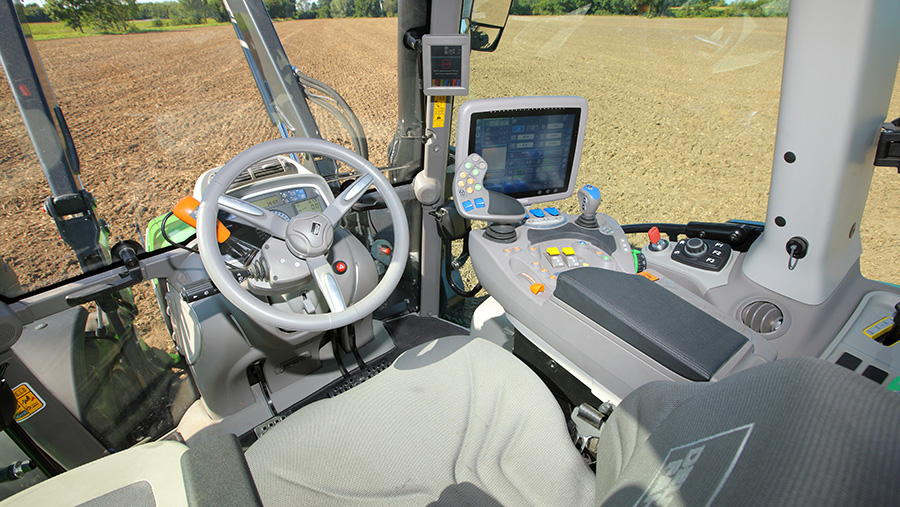 The dinky Deutz made do with the smallest oil-burner in the group – a torquey four-litre block supplied by the company’s engine division.

Despite its modest size, it was a punchy little thing, kicking out 130hp at the pto shaft and going about its business at a fairly economical fuel rate, too. 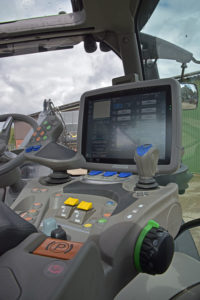 However, it slurped hard from the AdBlue tank, which left its running costs in line with the group average – something of a surprise given that the engine complies with old emissions levels – and hard work can result in a rattley noise shivering through the cabin.

In its bowels is a ZF-built CVT ‘box that shifts seamlessly through four mechanical ranges.

Like other tractors fitted with a stepless transmission, Deutz programmes three driving modes.

Auto deals with everything on the foot pedal, manual puts speed and revs on the handstick and pto mode splits the two so the hand throttle sets engine revs and the foot pedal dictates travel speed.

Two cruise speeds are available and it is also possible to change the behaviour of the engine during driving, where eco mode keeps revs between 1,000rpm and 1,600rpm as opposed to full power where it can wind up to 2,100rpm.

Elsewhere, the 11.63m turning circle was a disappointment and the tractor had no fast-steer option, so it takes four revolutions of the chunky wheel to get it from lock to lock.

Rear linkage and hydraulics automatically lock themselves above 20kph and can be freed by a press-and-hold of the designated button.

Rear lift was a respectable 5.2t, though the 2t payload put it a long way back from the big-boned Valtra.

Operators can alter which of the valves is controlled by each of the paddles, scroll switches and cross lever, while the likes of lift height and drop speed remain on dials tucked underneath an armrest flap.

There’s also an inching rocker in the rear corner of the cab for carefully coupling up to implements – something that the Fendt was missing.