As ever, there was no faulting the Fendt’s comfort, but for once it was beaten to the top spot by John Deere.

The 300 series remains a slimmed down version of the firm’s big guns, but the Germans paid the price for mounting the controls on the side console, rather than their usual position on the armrest. 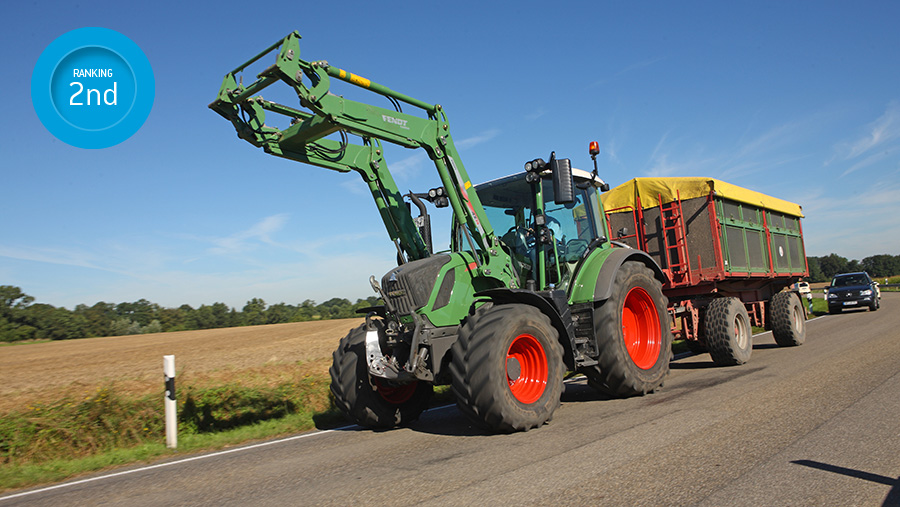 Space feels more abundant than ever in the 300 series’ typically dapper and well-polished interior.

A lot of that is down to the position of the bank of controls, which is set across the right-hand wheel arch rather than its more familiar spot on the seat armrest.

It was a real bone of contention for the test team and a better bet would probably have been to mount the joystick alone on the seat so it can move up and down with the bumps.

That said, the controls will make familiar viewing for existing Fendt tractor operators.

A compact version of the full fat touchscreen works in a similar fashion, but is slightly thinner on features – there’s no ready-to-go GPS or VarioDoc recording system – though most users should still find it’s got all the settings they might need.

A right-hand door can be specced if the standard five-post set-up doesn’t fit the bill and visibility through the swooping front windscreen is second only to the Claas. 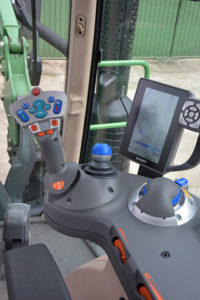 Agco Power provides the engines for the smaller Fendt tractors, and in this instance is tuned to churn out 120hp at the pto shaft and produces a meaty 530Nm torque in the process.

It goes about its business pretty economically too, using less diesel than all of its rivals.

The frugal work is slightly offset by a greedy AdBlue system, but it still costs far less to run than the group average.

Two programmable engine speeds are standard across Fendt’s tractor fleet, which can only be programmed through the terminal by selecting the relevant box and then tweaking the numbers with a scroller wheel.

Unlike Fendt’s bigger tractors, the ML 75 transmission comes with a single range, so there is no need to make any changes when departing the field for the road. However, it does restrict top speed to 40kph in the case of the 300 series.

As ever, there are three driving modes – pedal and stick both let the tractor work out the most economical engine speed for the job in hand, while manual mode sees travel speed set on the joystick and revs on the foot pedal.

Knocking the joystick to the right engages one of two cruise speeds, while a nudge to the left changes the direction of travel.

Elsewhere, the big bus conductor steering wheel is nicely weighted, but has no fast-steer function so takes almost five turns to haul it round from lock to lock.

On the plus side, its 10.2m turning circle was second to none and the combination of optional air cab suspension and new front axle suspension make for a quality ride. 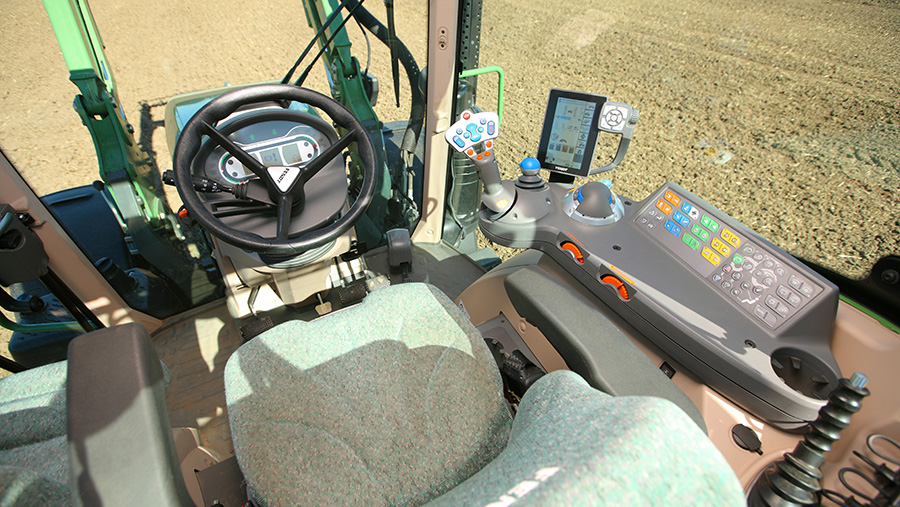 Fendt’s linkage hardware is good, but in-cab controls could do with a few tweaks.

For one, there are no inching-style controls for carefully coupling attachments, so instead the driver must use the depth wheel.

The middle-of-the-road 5.3t linkage lift is perfectly useful, but a closer look at the stats suggests its strength wanes significantly as it nears the end of its 72cm stroke.

Drivers can dabble with various settings through the screen, including which joystick buttons control the linkage raise/lower.

It’s also possible to select different valves to be controlled by the cross lever and play with more intricate settings of flow, time and priorities.

It includes four models, all propelled by Agco Power engines from 110hp to 138hp and relies on a catalyst with AdBlue and exhaust gas recirculation, but no particulate filter.

For the first time in years, Fendt was beaten to top spot in our big tractor test by John Deere.

That mainly came down to ergonomics and, in particular, the bulk of controls mounted on the side console rather than their usual spot on the armrest.

Though this seems a rather trivial issue, trying to control the joystick or depth wheel while the driver’s seat bounces up and down is awkward and very unlike Fendt’s typically unwavering ergonomic standards.

The rest of the cab is well fitted and the half-sized monitor works just like the full fat version, but the lack of GPS will be a downer for an increasing number of people looking to run a drill on the back.

It performed well in most of the DLG tests, with the Agco-sourced block proving an efficient oil-burner and the drive comfort as good as ever on the road run.

Lifting force and hydraulic power were unremarkable but adequate, and more importantly it had the narrowest turning circle.

It’s also worth noting that, as tested, it costs the same as the Valtra and less than the Deere.